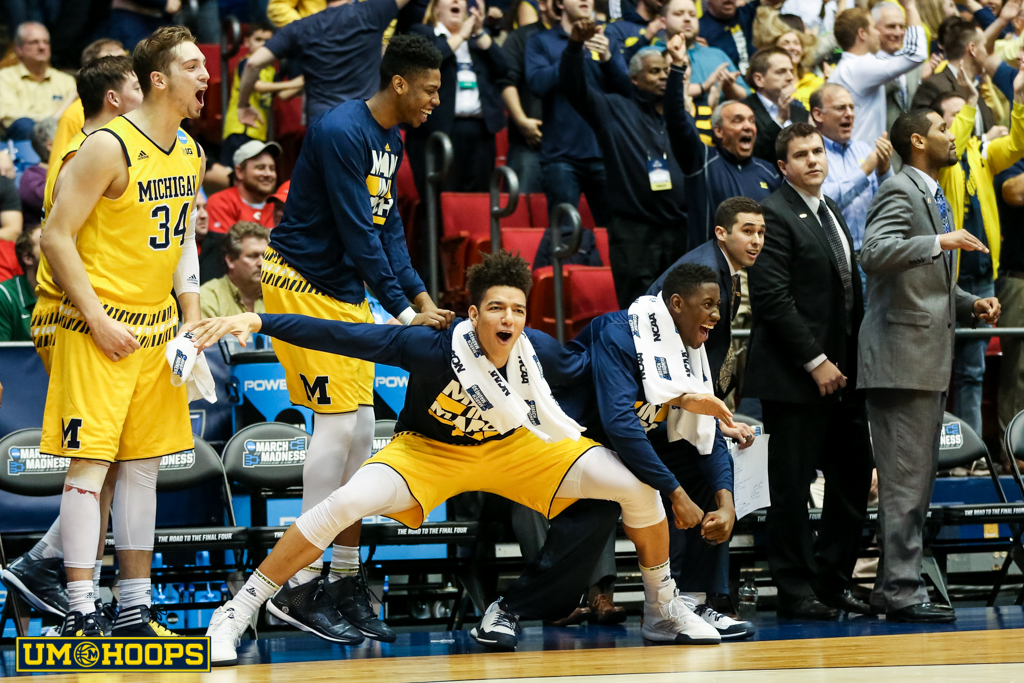 Michigan announced its non-conference schedule yesterday with a couple of surprises. Here are some quick-hitter reactions from the release.

Michigan announced its non-conference schedule yesterday with a couple of surprises. Here are some quick-hitter reactions from the release.

1. This is a solid schedule

RPI is the only value that matters when evaluating a schedule after the fact for strength of schedule, but it isn’t the most useful metric to project how good teams on a schedule will be. Bart Tolvik has a preseason projection rating called T-Rank which attempts to do just that based on various available date.

His data suggests that Michigan will play five games against top-50 opponents (including one road game and both games in New York City), but that the Wolverines will also face six teams ranked 200th or worse.

Michigan pulled out of its game at Cincinnati due to a conflict with final exams, per MLive’s Brendan Quinn. Exams in Ann Arbor run from December 16th through 22nd and the Wolverines can’t travel for a game during exam week.

The replacement is a trip to South Carolina for a nationally televised game on the day before Thanksgiving. The game at South Carolina, which averaged just under 12,000 fans per game last season in an 18,000 seat arena, should be an easier road contest than a trip to face Cincinnati. The Gamecocks graduated three starters from last year’s NIT team and shouldn’t pose quite as large of an interior battle.

Armstrong State might not raise many eye brows as an exhibition opener, but there’s an important Wolverine connection. Former Michigan great Cazzie Russell is an assistant coach for the Pirates and will make his return to the house that he built.

“Cazzie called and asked that we use our exhibition game to play his team, Armstrong State,” Beilein said in a released statement. “I said yes because it is always great when Cazzie returns to Ann Arbor. This time, however, he is with the other team. I am just glad he will not be in uniform playing against us.”

Frank Martin and John Beilein sharing a dorm room in Russia might sound like the start of an awkward sitcom, but the two developed a relationship during their time coaching USA Basketball in the 2013 World University Games and it isn’t surprising to see them end up on each other’s schedules in a pinch.

Michigan beat Texas last season in the Bahamas, but the Longhorns will welcome an influx of talent to Austin. Texas has the No. 5 ranked incoming class in the country with one five-star and three four-star prospects.

The class is headlined by 6-foot-11 power forward Jarrett Allen. Allen is still skinny and raw offensively, but he’s already on the NBA radar thanks to his size, length and rim protection ability. Four-star combo guard Andrew Jones was also a McDonald’s All-American, ranked 31st nationally, and should be ready to make an immediate impact.

6. Buy games are a necessary evil

I know many fans will grumble about home games against Howard, IUPUI, Mt. St. Mary’s, Kennesaw St., Central Arkansas, Maryland Eastern Shore and Furman, but the fact of the matter is that these games are a part of college basketball.

The first two come at the cost of being able to play two games in New York City for the 2K Classic, the other five are standard ‘guarantee games’.

Returning minutes is generally a good barometer of how good these lower-conference teams might be, so it’s worth noting that Furman, Howard and IUPUI all return at least 70% last year’s teams and the other guarantee games bottom out at 49.5%.

7. No non-Division I foes

Michigan has played a regular season game against a non-Division I foe in five of the last six seasons, but that won’t be the case this year. All 13 regular season non-conference games are against Division I teams and will count toward the RPI.

This will be the fifth consecutive season that Michigan plays at least one game in New York City. The Wolverines will head back to the city where their season ended last year to face Marquette in the opener of the 2K Classic.

The Wolverines are 5-1 in regular season games in New York over the last four years, along with the NCAA Tournament loss to Notre Dame in March.

“It is always special to go the New York City and play in front of so many of our great fans on the East Coast,” added Beilein. “Marquette, Pittsburgh and SMU are all challenging opponents. We love having this opportunity to compete for a preseason championship in Madison Square Garden.”

The Golden Eagles lost Henry Ellenson to the NBA Draft, but return the majority of their rotation from last season.

Shaka Smart and John Beilein seem to keep ending up at the same tournaments.

Since Michigan and VCU faced off in the 2013 NCAA Tournament, Beilein and Smart have participated in the same preseason tournament for three years in a row. They’ve only faced off once, Michigan’s win in the Bahamas last year, but now they’ll settle in for a home-and-home series this season.

Without last year’s bigs and with a fresh recruiting class coming in, it will be interesting to watch how Smart’s team adjusts this season. Will we see the more aggressive trapping style that’s defined Smart’s defenses?