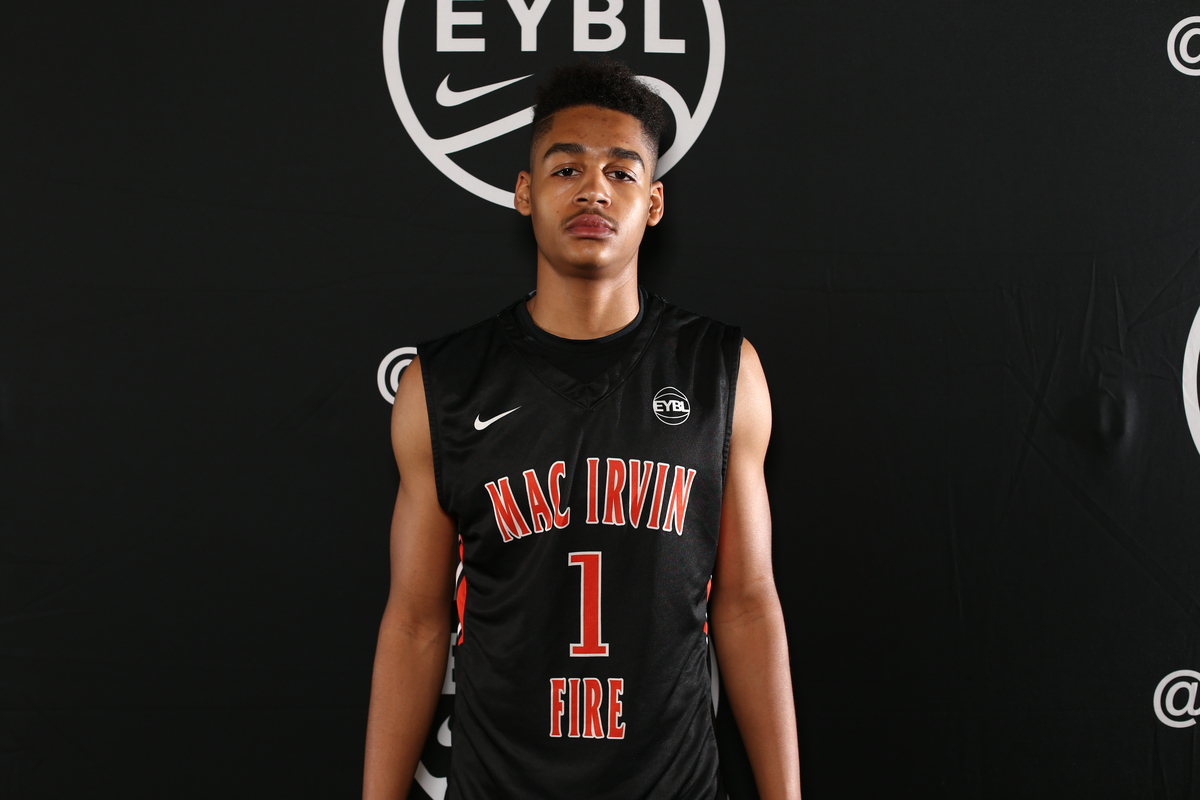 Michigan held its annual College Practice Camp on Saturday at the Crisler Center and class of 2017 commitment Jordan Poole was in the house along with several other notable prospects. Here’s a look at several prospects who stood out in the afternoon session featuring 2017 and 2018 prospects and thoughts on where they stand heading into the fall.

Michigan held its annual College Practice Camp on Saturday at the Crisler Center and class of 2017 commitment Jordan Poole was in the house along with several other notable prospects. Here’s a look at several prospects who stood out in the afternoon session featuring 2017 and 2018 prospects and thoughts on where they stand heading into the fall.

The Michigan commitment was one of the best players at camp, clad in his custom Michigan sneakers. He brought an instant energy to the gym with his personality and seemed to connect with current players and campers alike.

Poole has deep range and can make some incredible highlight passes. He showed off an array of one-on-one moves in that portion of the afternoon and continued his strong play in the 5-on-5 games. He can make the game look effortless at times, but he needs to continue to tighten up parts of his game. He still takes a few shots that are way too deep and will fire off a few one-handed passes that maybe should be kept in the bag.

His body also needs to continue to develop as he has great length, but still has plenty of room to add muscle to his upper and lower body.

Watching Ryan in person, it is easy to see why Michigan was tracking every game that he played this summer. After his performance at camp, I’d be shocked if he doesn’t add a Wolverine offer this weekend.

He has a great handle and a quick trigger on his jumpshot, but he’s also a vastly underrated athlete. He can elevate quickly and did several times in drills and game action. He went head-to-head with Poole in the opening game of 5-on-5 play and more than held his own against the Michigan commit as his team won the game comfortably. Ryan is still very skinny and needs to add weight to his frame, but it is easy to envision him in Michigan’s offense.

Cohill shot the ball well in the shooting drills portion of the event — among the current Michigan players demoing the drill it was Derrick Walton that showed off the most consistent three-point stroke — and he carried that momentum into full court play.

Cohill’s reputation is that he’s more of a combo guard, which can come off as a knock at his height (6-foot-2), but wherever he plays in the backcourt he has a complete game and is a two-way player.  He had some great passes — especially in transition — and his aggressiveness and competitiveness on both ends of the floor really stood out even in a camp setting. He has great length and was almost impossible to stop when he had the ball going downhill.

At one point he was consistently drawing a double-team which is not something that anyone wants to see in a camp showcase, but a clear sign of just how dominant he had been.

Finke is a name that we haven’t written as much about this summer, but he was one of the top performers at camp. The 6-foot-4 guard is a skilled, smart scorer who shot the ball well, but also showed that he could get to the rim. He looks the part of a Big Ten player with his advanced offensive game and he’s an above-average athlete as well.

Finke has strong family connections to Illinois (his brother is a redshirt sophomore on the current roster) and it will be interesting to see how his recruitment tracks with the Wolverines. I’m not sure that I’d put him as high as Cormac Ryan or Dwayne Cohill on the board right now, but it also wouldn’t surprise to see him add an offer at some point.

Kevin Easley has been vocal about wanting a Michigan offer, but I’m not sure it’s coming just yet. He’s a strong player who can overpower smaller defenders, but right now I think he’s still stuck between positions. His jump shot is still a work and progress with a funky rotation and a flat arc — coincidentally Michigan has installed sensors in the PDC that shout out the angle of a shot attempt. Easley also needs to continue to improve his conditioning, which showed late in a four hour camp, but the big question is just where would he play at the next level?