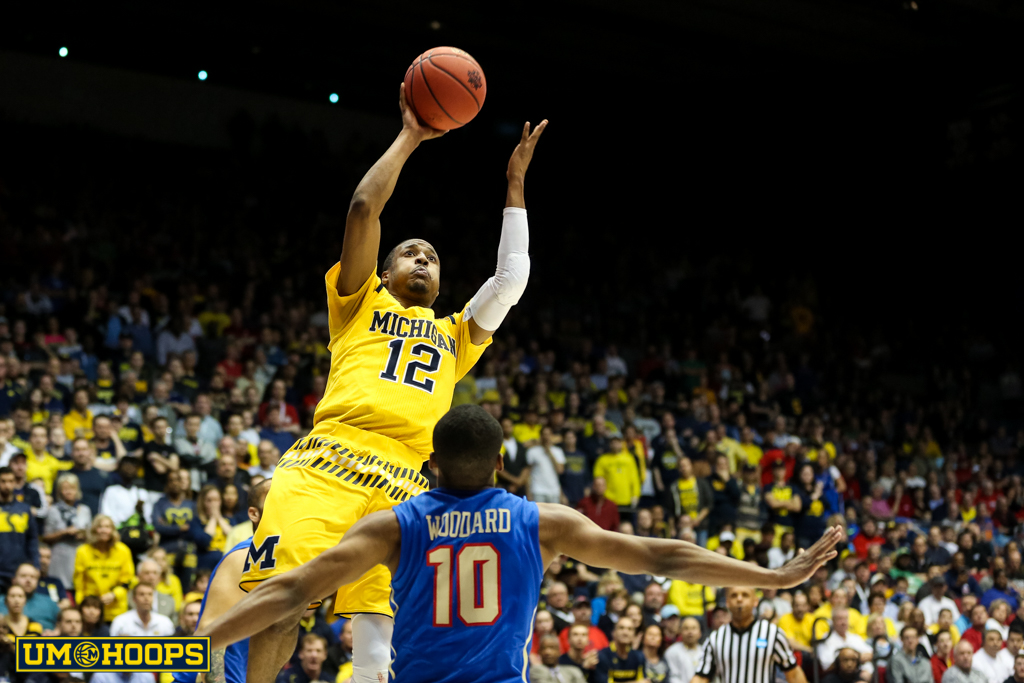 Our selection process involved much deliberation to arrive at a list we hope will provide plenty of reaction and debate. The series will be broken into five parts and first installment of players 25-21 is available below:

Muhammad-Ali Abdur-Rahkman started last season as a reserve behind Caris LeVert and played limited minutes throughout the non-conference portion of Michigan’s schedule. After LeVert went down in the Big Ten opener, Abdur-Rahkman stepped up at the two-guard spot for the Wolverines.

He averaged 10 points per game in league play and was one of the only reliable playmakers off the dribble for the Wolverines. He’s unique for an off-the-dribble player because he’s very efficient finishing at the rim (57% in Big Ten games) and he doesn’t turn the ball over often. He used just 16% of available possessions for Michigan last season and it will be interesting to see how his role grows as a junior with John Beilein having an offseason to think of ways to integrate his ability to get to the rim.

Somebody has to step up for Iowa, right?

The Hawkeyes graduated Anthony Clemmons, Adam Woodbury, Jarrod Uthoff and Mike Gesell, so there will be plenty of opportunity next season under Fran McCaffery. Uhl isn’t a traditional big man at 6-foot-9 and 215 pounds, but that is part of what makes him intriguing. He shot 45 percent on 3s as a sophomore and just 39.6 percent on 2s.

In recent comments, McCaffery spoke highly of Uhl’s offseason work and suggested that he expects him to have a more well-rounded game in his third season. Specifically, McCaffery said Uhl is now more comfortable finishing at the rim and in transition. As Iowa’s top returning reserve, Uhl’s time to take a major step forward is here.

Sanders was one of the Big Ten’s most entertaining players last season, but was difficult to place on the list. His numbers were a bit hollow given his lack of efficiency and the fact that Rutgers wasn’t even competitive in most Big Ten games. He used the highest percentage of possessions of any Big Ten player in league play (30.3) and ranked third in the league in assist rate (35.5 percent) and second in steal percentage (3.2).

He did, however, shoot a dismal 26.3 percent on 3s in Big Ten play and had the worst efficiency numbers as the ball handler in pick-and-roll situations of any player in the league who had at least 100 possessions.

Sanders tested the NBA draft waters before wisely opting to return for his sophomore season. Perhaps better coaching and structure under first-year coach Steve Pikiell will help him grow in his second season. There’s no questioning his talent, but including him on the list despite being ranked 77 of 88 Big Ten players in KenPom’s offensive rating metric was a slight bet that he’ll clean up some of the recklessness in his game.

The atmosphere in the Bryce Jordan Center might be the worst of any Big Ten venue. That, however, could change in the coming seasons as Pat Chambers continues to improve the overall talent level in State College. The Nittany Lions welcome one of the league’s best incoming recruiting classes this fall, but the key to taking another step forward in the conference starts with Garner.

As a sophomore, he was Penn State’s second leading scorer and was second on the team in assists. He also improved his 3-point shooting by three percent from his freshman season and increased his free throw rate (FTA/FGA) by 13 percent. Additionally, he ranked in the top half of Big Ten players in points per possession (minimum 100 possessions) as the ball handler in pick-and-roll situations at .82 according to Synergy Sports. With better talent around him in his third season, look for Garner to take another step forward as a junior.

Maryland lost a significant portion of its 3-point shooting from last year’s roster and Kevin Huerter should fill that void immediately.

The 6-foot-6 freshman is an elite perimeter shooter and he’s proven it at multiple levels. He made 45% of his threes as a senior at Shenendehowa and 42% of his threes on the Nike EYBL circuit. He also made the cut for the USA Basketball U18 team which coasted to a FIBA Americas Gold Medal.

But it would be selling Huerter short to say that he’s just a shooter. He averaged eight rebounds and six assists per game in high school and shows a terrific feel for the game with his passing ability and vision.