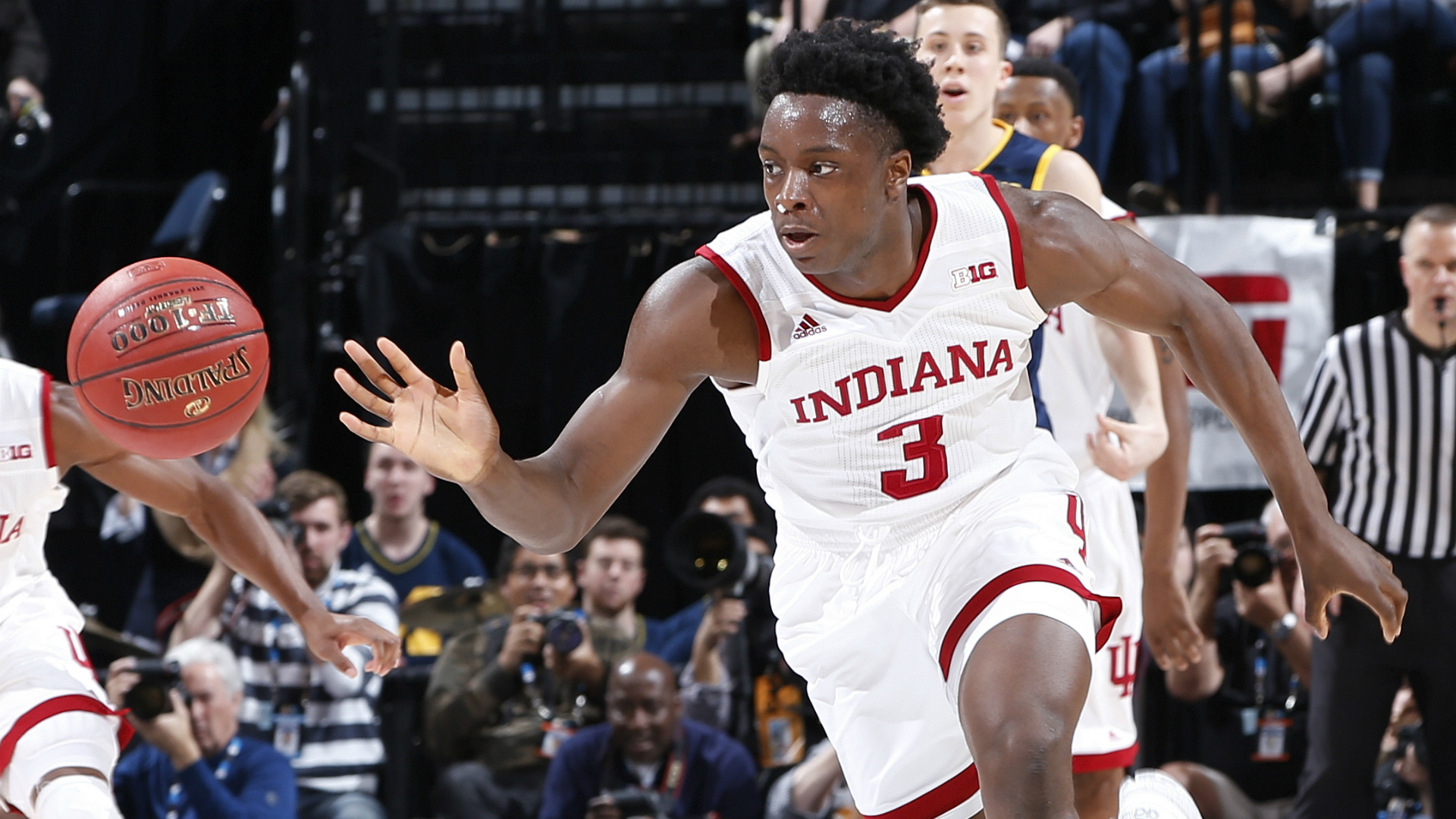 Our selection process involved much deliberation to arrive at a list we hope will provide plenty of reaction and debate. The series will be broken into five parts and our fourth installment of players 10-6 is available below: (Previously: 25-21, 20-16, 15-11)

Swanigan was one of the more difficult placements to figure out on this list. He was the Big Ten’s leading defensive rebounder as a freshman and averaged in double figures offensively. He also had the sixth most rebounds by a Big Ten freshman since the 1993-94 season.

However, he was Purdue’s least efficient offensive player. He shot a woeful 29.2 percent on 3s (in 72 attempts) and wasn’t much better in the midrange game on 2s (35 percent). He was also Purdue’s most careless player with the ball with a turnover percentage of 25.4. With the graduation of A.J. Hammons, Purdue will need Swanigan to develop into a more mature player who is focused on becoming more efficient. As much as Swanigan wanted to show NBA scouts that he could step out and shoot the 3, his shot selection hurt Purdue quite often.

If he sticks to what he’s good at – which is scoring around the basket and cleaning the defensive boards – he should be one of the Big Ten’s most productive frontcourt players.

Edwards was kind of the forgotten man in West Lafayette last season. AJ Hammons towered over opponents in the paint, Caleb Swanigan brought the hype as a McDonald’s All-American, and Rapheal Davis grabbed headlines as one of the league’s best defenders. But Vince Edwards was the glue that held the Boilermakers together.

Standing 6-foot-8, 225 pounds, Edwards can do a bit of everything. He rebounds, distributes, hits threes (41%), can handle the ball, and can defend a multitude of positions. Among returning players that used 20% of possessions last season, Edwards posted the conference’s 2nd best offensive rating — trailing only Thomas Bryant.

The highest ranked incoming Big Ten recruit this season, Bridges looks like an ideal fit for Tom Izzo’s style of play in East Lansing. The Spartans won a hotly contested recruiting battle with Kentucky to land Bridges, a native of Flint who played his final three high school seasons at Huntington Prep. Given what Michigan State lost from last season’s roster – Denzel Valentine, Bryn Forbes, Matt Costello and Deyonta Davis – Bridges is a solid choice to be the most talented player on the roster right away.

At 6-foot-6, he’s a physical freak that loves to finish above the rim and attack the glass relentlessly. Efficiency may be an issue as he adjusts to the structure of the college game, but he should be able to play and guard both forward positions immediately. If Michigan State is to meet expectations, Bridges must be as good as advertised.

Anunoby is the least proven returning player in our top ten, but he also lacked opportunity as a freshman. That should change this season as the Hoosiers lost Troy Williams to the NBA draft and also graduated Max Bielfeldt. Anunoby oozes potential and is the highest ranked Big Ten player on the Draft Express mock draft for 2017. He was called upon often as a defensive stopper last season and his athleticism, length and motor caused problems for several of the nation’s best players.

In Indiana’s NCAA tournament win over Kentucky, he blocked a pair of Jamal Murray 3-point attempts to help the Hoosiers move on to the Sweet Sixteen. Offensively, his numbers were encouraging from an efficiency standpoint in a limited role. He shot 60.9 percent on 2s and 44.8 percent on 3s. He’ll need to improve as a free throw shooter (47.6 percent), but Anunoby is a solid bet for a major leap forward as a sophomore.

The conference’s leading returning scorer at 18.6 points per game in Big Ten play, there’s little questioning Malcolm Hill’s ability to fill up the points column. The question is whether he can do it consistently enough to push Illinois into the upper-half of the Big Ten standings.

Hill put up eye-popping numbers for a team that went 5-13 in league games, with just one conference win against a team other than Minnesota or Rutgers. Numbers are numbers, but they can certainly be hollow.

That being said, Hill drew praise at the Nike Basketball Academy this summer and has the talent to be one of the best players in the conference.