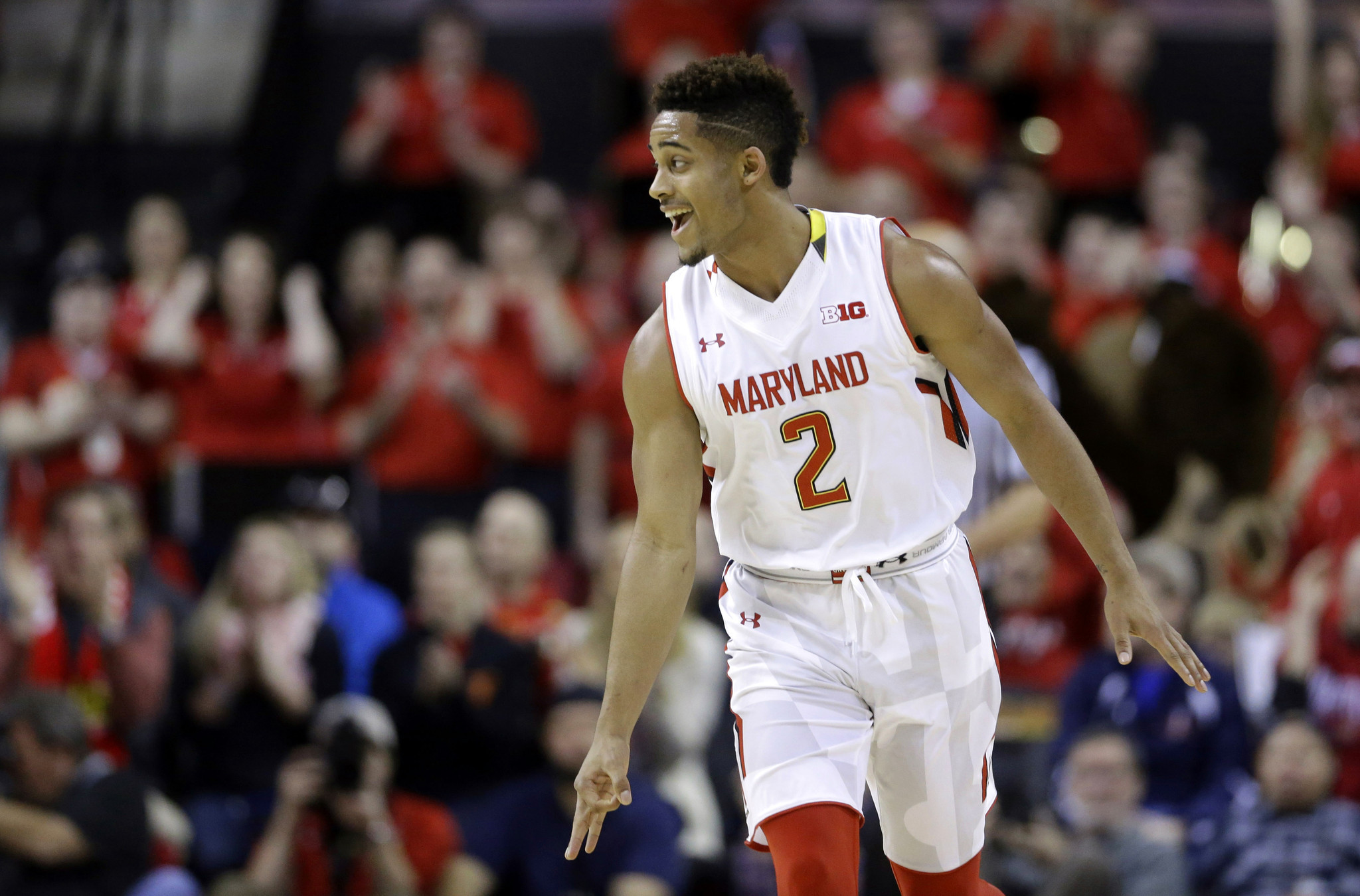 Our selection process involved much deliberation to arrive at a list we hope will provide plenty of reaction and debate. The series will be broken into five parts and our final installment of players 5-1 is available below: (Previously: 25-21, 20-16, 15-11, 10-6)

Jok came almost out of nowhere last season and earned second-team All-Big Ten honors. He lit up the scoresheet with his ability to shoot the ball and turned Iowa into one of the surprise stories of the early season. He also had a lot of help from seniors Jarrod Uthoff, Mike Gessell, Anthony Clemmons and Adam Woodbury.

They are all gone and now it’s Jok’s turn to lead the Hawkeyes as a senior. He says he’s ready despite the fact that Iowa doesn’t really have a point guard or a center on the roster.

Jok’s elite talent is his ability to shoot the ball coming off of screens. Denzel Valentine (192) was the only Big Ten player to score more points off of screens than Jok (115) last season, per Synergy Sports. He’s shown promise in other areas of the game, but the focus will be on how he can improve as a halfcourt playmaker in his senior season.

Hayes was ranked first on our preseason list last season and his junior year didn’t turn out quite as expected. He regressed in almost every efficiency metric as his usage increased and he learned to play without Frank Kaminsky flanking him in the frontcourt.

Some of the numbers are flat out ugly. His 2-point shooting dropped 14% down to just 40%, his 3-point shooting also dropped double-digits to 29% and even his rebounding saw a downward trend. As a sophomore, he was one of the conference’s five most-efficient players that used at least a fifth of their team’s possessions. As a junior, he ranked 29th in that same metric.

So why is Hayes still in our top five? He still has some incredibly important skills and I’d be shocked if his shooting numbers don’t improve in his senior season. Hayes led the Big Ten in free throw rate last season, attempting 61.8 free throws per 100 field goal attempts in conference games. He also was still an integral part of the Badger team that turned its season around and won 11 of its last 13 conference games.

Happ is the latest on a long list of Wisconsin big men to benefit from a redshirt season in Madison. From Brian Butch to Frank Kaminsky to several others in-between, it’s a system that works. Happ was a player we were intrigued by last offseason as we included him in our preseason top 25 list at No. 23, but he exceeded expectations. Now as a sophomore, he’s a legitimate All-American candidate who will have a say in the race for Big Ten player of the year.

Happ is a two-way threat as he’s the only returning player who was on the league’s all-defensive team last season. His steal percentage (4.0) ranked 20th nationally a year ago. He’s also the Big Ten’s second best returning defensive rebounder. Offensively, he was the most efficient of Wisconsin’s big three (Nigel Hayes, Bronson Koenig) and he scored 12 or more points in nine of the final 10 games last season.

Bryant, who could have been a first round pick in June’s NBA draft, made the decision to return to Bloomington for his sophomore season. His presence in Indiana’s frontcourt is a major reason why the Hoosiers could be right back in the thick of the Big Ten race.

Bryant was incredibly efficient as a freshman as he shot 70.7 percent on 2-point field goals. That number ranked fourth nationally. He also ranked in the top ten in the conference in both offensive and defensive rebounding percentage. Bryant is the league’s most efficient returning post-up player and it’ll be interesting to see if Indiana features him as the first option on offense with the graduation of Yogi Ferrell.

Trimble was ranked second on our preseason list last season and underachieved by most accounts. So what’s the argument for him moving up a spot?

First, there just isn’t as much proven high-level talent in the conference this season with just two returning players projected in the first round of the 2017 NBA Draft. Second, Trimble was battling a hamstring injury that first popped up in early January and seemed to affect him throughout the conference season.

Trimble still has elite abilities, especially at the college level.

He’s one of the best pick-and-roll guards in the conference if not the country. Trimble led the Big Ten (by 73 points) with 455 points created off of pick-and-rolls, per Synergy, and was more efficient than anyone else in the top eight other than Denzel Valentine.

His uncanny ability to draw fouls helps, but Big Ten refs might be catching on. As a freshmen he drew 6.2 fouls per game (2nd in the Big Ten) and as a sophomore that number fell to 4.6 (15th) in conference games.

Trimble is still the best point guard in the Big Ten and while he doesn’t have quite the supporting cast that he had last year, he’ll be one of the league’s best this year.