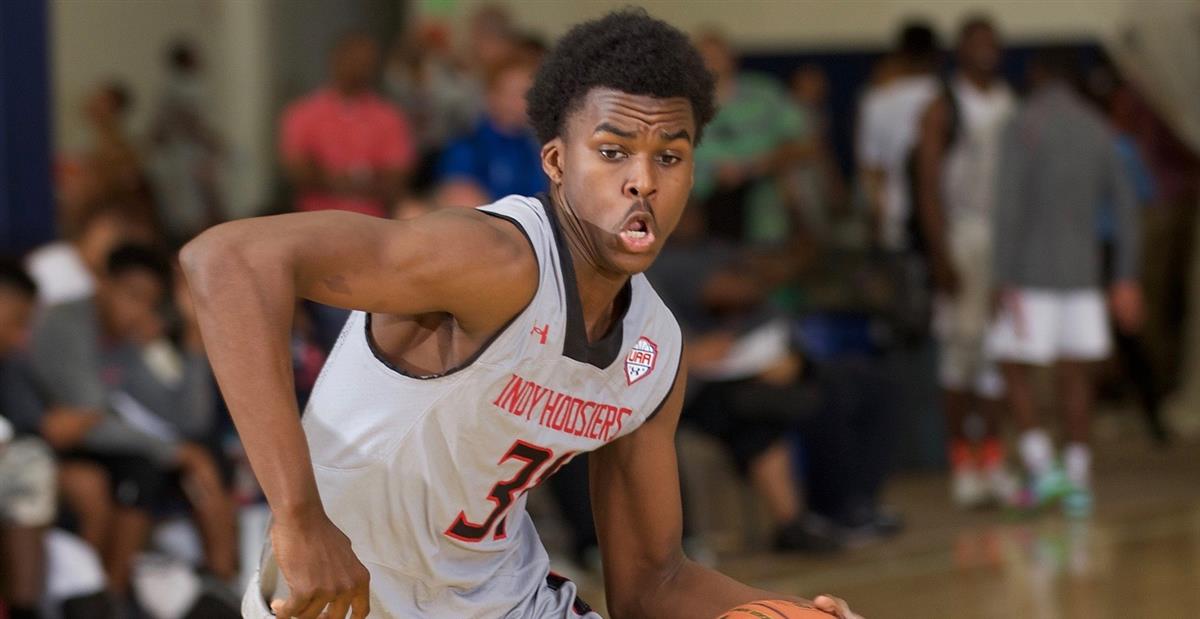 It was a busy recruiting week for Michigan as the Wolverines landed a commitment, handed out two offers and were eliminated from a high-profile top-five over the last week.

It was a busy recruiting week for Michigan as the Wolverines landed a commitment, handed out two offers and were eliminated from a high-profile top-five over the last week.

Class of 2017 five-star forward Kris Wilkes trimmed his list to five schools over the weekend and Michigan didn’t make the cut. Wilkes is officially down to Indiana, Illinois, Xavier, UCLA and UConn.

Michigan hosted Wilkes for an unofficial visit in the spring, offering him a scholarship, but were never considered favorites in the forward’s recruitment.

What’s next for Michigan in 2017? It seems that the Wolverines are content with being cautious with their final scholarship slot after landing a commitment from Isaiah Livers.

Justin Smith’s visit to Michigan was canceled, a clear sign that both parties will head in different directions, which leaves Brian Bowen and Jaren Jackson as the top ranked targets on the Wolverines’ recruiting board. Neither prospect seems to be in a hurry to make a decision, with spring decisions likely, but would be an instant impact to the class.

There’s also Jamal Cain, Kyle Young and Nojel Eastern left on the board. Michigan and Young are likely headed in different directions after the commitment of Livers, while Eastern’s ability to play point guard at Michigan could be limited by the addition of Eli Brooks.

Cain is a more interesting situation. He announced his top four schools last week and is officially down to Michigan, Marquette, Georgia and Florida State. He’s already scheduled two official visits, to Marquette on September 16th and Georgia on September 23rd.

Cain’s recruitment is likely to wrap up in the fall which will leave an interesting scenario for the Wolverine coaching staff to balance against the two five-stars left on the board.

Class of 2018 rounding into focus

With new offers to Robby Carmody and Jerome Hunter last week, Michigan’s class of 2018 recruiting board is quickly rounding into focus.

The Wolverines have offered Cormac Ryan and Carmody at the wing guard spot and Brandon Johns and Jerome Hunter at the forward spot. That’s not to say that anyone in this group would necessarily exclude someone else at this early stage in the class, but that group of four is the clear priority.

Hunter is intriguing because he rose so quickly up Michigan’s board during July, but he’s a high-ceiling, high-potential forward from Pickerington, OH — an area that has been good to Michigan in recent classes — and it’s clear that his best basketball is ahead of him.

Hunter discussed some of his visit here and said that he would rate it a 10 out of 10.

A couple names that don’t seem to be as high on Michigan’s priority list? Kevin Easley and Dwayne Cohill.

Easley’s game just hasn’t taken the next step and he’s still stuck between two positions, while the Wolverines were up front with Cohill, telling him that they aren’t sure they need a point guard in the class.

Michigan hosted some of the top class of 2019 prospects in the state of Michigan last week including Romeo Weems and Mark Watts.

Weems is regarded as a five-star prospect nationally and has impressive physical measurements. He checked in at 6-foot-4, 203 pounds at a Nike camp this summer with an incredible 6-foot-11 wingspan.

He averaged 16 points, 11 rebounds and five assists per game as a freshman at New Haven and is also hearing from Michigan State, Oakland, Ohio State and Xavier.

Watts is a 6-foot point guard from Allen Academy in Detroit, who plays alongside Watts on The Family.

He already holds an Oakland offer and also has interest from Xavier, Michigan State and Detroit early on in his recruitment.

We’re also launching our class of 2019 hotboard to track 2019 prospects with Michigan interest.