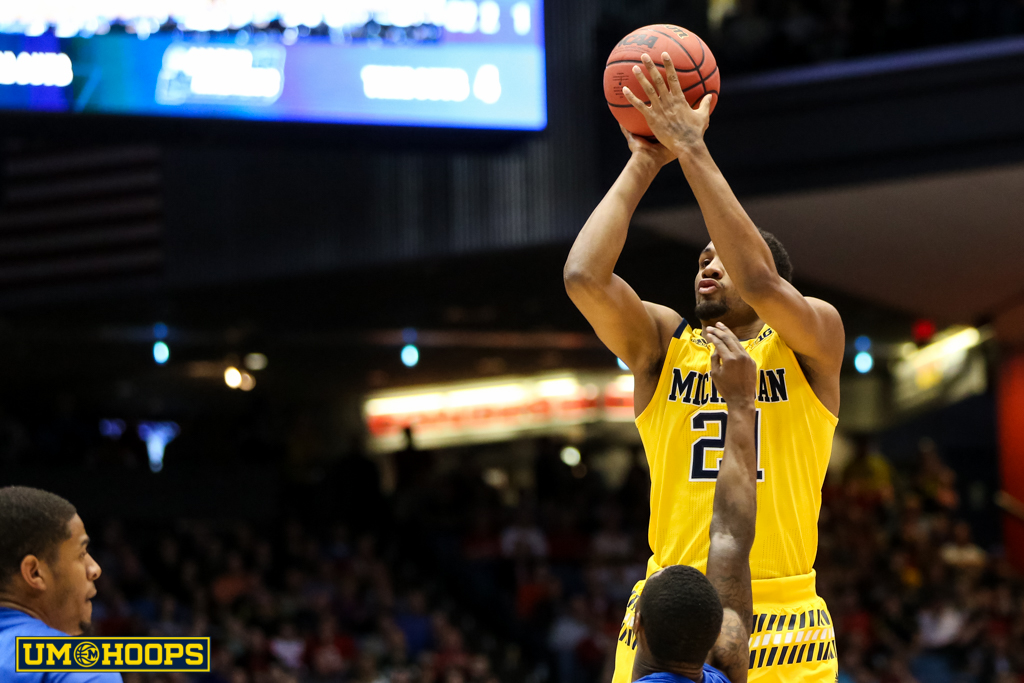 Every offseason we like to breakdown a few specialists across the Big Ten whether it is the best pick-and-roll players or the best big men with their back to the basket. Today we start with a closer look at the best ball screen guards returning in the league this year.

Every offseason we like to breakdown a few specialists across the Big Ten whether it is the best pick-and-roll players or the best big men with their back to the basket. Today we start with a closer look at the best ball screen guards returning in the league this year.

Michigan State’s Denzel Valentine was the class of the conference in ball screen efficiency last season, but he’s moved onto the Chicago Bulls. There are still several high-volume returners in 2016-17, led by Maryland’s Melo Trimble.

Trimble is really the class of this year’s guard crop in the conference. He’s the only player with double-digit ball screen possessions per game (all per possession numbers include shots, passes to shots and turnovers) that still manages to create over a point per possession. Last year was actually considered a down year for Trimble, but his pick-and-roll play actually improved. He used more possessions and was more efficient as a sophomore.

Michigan fans need no reminder of how effectively Nate Mason can attack the basket. The Minnesota guard shredded the Wolverines in Ann Arbor last season and put on a showcase of his off-the-dribble abilities.

Mason grades out in the 84th percentile nationally when creating his own offense off the ball screen and the 94th when he gets all the way to the rim. He needs to improve in his ability to pass out of ball screens (48th percentile) and shoot off the dribble off the screen (50th percentile).

Northwestern was a heavy ball screen team in 2015-16 with McIntosh and Tre Demps sharing the load. With Demps’s graduation, McIntosh could give Trimble a run for his money in most ball screen possessions per game.

The junior guard improved steadily as a sophomore last season and earned a spot on this list for the second consecutive season. McIntosh created .86 points per ball screen possession as a freshman compared to .92 as a sophomore.

I’ll be honest, I didn’t expect to be including Zak Irvin’s name on this list. He seemed to struggle with his decision making in the pick-and-roll game at times as a junior and his jumper was erratic. But the Synergy Sports numbers are hard to deny. Other than Trimble, Irvin is the only returning guard in the Big Ten that used at least 6 possessions per game and created over a point per possession.

Irvin really struggled to attack the basket off of a screen, shooting just 35% when he dribbles off of a screen and shoots at the basket. When he takes an off the dribble jumper he manages a more respectable 47.5 eFG%.

Garner needs to become more efficient, but he was also playing on one of the league’s worst offenses. Garner is a good shooter off the ball screen, but his teammates struggle to finish when he finds them. He passes out on 52% of ball screen possessions, but the Nittany Lions manage just a 46.6 eFG% on those attempts.

Jok is going to have considerably more responsibility as a senior after the Hawkeyes lost so many weapons to the graduation. He had a limited role in the pick-and-roll game last season, but his .97 points per possession bodes well for his ability to handle the increased load.

Lyle is as efficient or better in the ball screen game as Mason, McIntosh and Garner, but he just hasn’t had the same workload. He’s still significantly more involved at 8 possessions per game than some other names on this list and could take a big step as a sophomore.

Showalter was actually the conference’s most efficient ball screen player, but he had such a limited role in the Badger offense. He’s not likely to see an increased workload with Hayes and Koenig still around, but he at least deserves mention.

Koenig scored over a point per possession on ball screens as a sophomore and a bounce back could be coming. Wisconsin is one of the consensus favorites in the league and Koenig will be an integral part of the Badger offense once again.

Thompson is another guard that seems like he needs a bigger opportunity. Purdue is known for their post offense rather than their pick-and-roll play, but Thompson has proven more than effective when given a high ball screen.