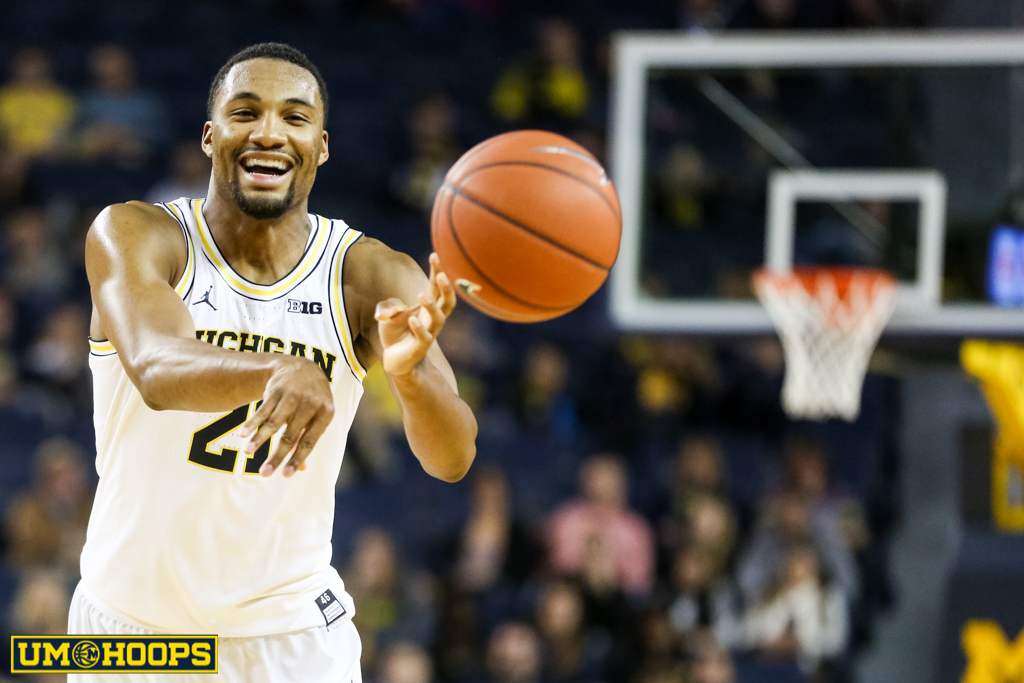 Michigan’s exhibition win over Armstrong State was about routine as expected, but the Wolverines looked like a team with plenty of preseason kinks left to iron out.

Michigan’s exhibition win over Armstrong State was about routine as expected, but the Wolverines looked like a team with plenty of preseason kinks left to iron out.

The Wolverines coasted to an early lead and led 40-23 at halftime, despite junior guard Muhammad-Ali Abdur-Rahkman missing the contest due to a minor ankle injury suffered on Thursday night. But the Pirates put a mild scare into the Wolverines early in the second half, cutting the Michigan lead to 11 points in less than 4 minutes and forcing John Beilein to call a timeout.

His message during the stoppage seemed to resonate and the Michigan defense buckled down and held their Division II foes scoreless for the next 7 minutes and coasted away with a 28 point win.

Offensively, Michigan never quite seemed to get in sync. The Wolverines scored 1.05 points per possession which isn’t an impressive total and speaks to the helter-skelter, up-tempo and turnover plagued flow of the game. While Michigan had some good moments and stretches, there were too many giveaway plays that the coaching staff and players will want back when they watch film on Saturday.

Michigan only made 6-of-19 threes and didn’t hit a triple until late in the first half, scoring more points on post entries than on threes for the early stretch of the game. I’m not ready to say that the fast pace (73 possessions) is a product of some stylistic change by the Wolverines as much as it may just be the nature of the game.

Defensively, I thought there were some notable shifts. Early on I noticed Michigan guards, specifically Derrick Walton, icing more ball screens (preventing the ball handler from using the pick) than I ever remember Michigan doing in the past. It will be interesting to follow if that trend continues into the regular season and how effective it is.

Overall the defense held Armstrong State to 33% two-point shooting and 19% three-point shooting. Both of those are obviously good numbers, but it’s almost impossible to adjust for the level of play. One thing worth pointing out is that the Wolverines allowed Le Moyne to score 1.06 points per possession and a 47.1 eFG% in last year’s exhibition game. The turnovers stand out as the Pirates gave the ball away once every four possessions, but I would say there were as many live ball turnovers as careless giveaways.

When Michigan struggled defensively, the problems started on the glass. The run that Armstrong State put together early in the second half featured several second chance baskets on rebounds that Michigan needs to get against inferior competition. To the Wolverines’ credit, they answered the run and held the Pirates scoreless for over 7 minutes after a Beilein timeout.