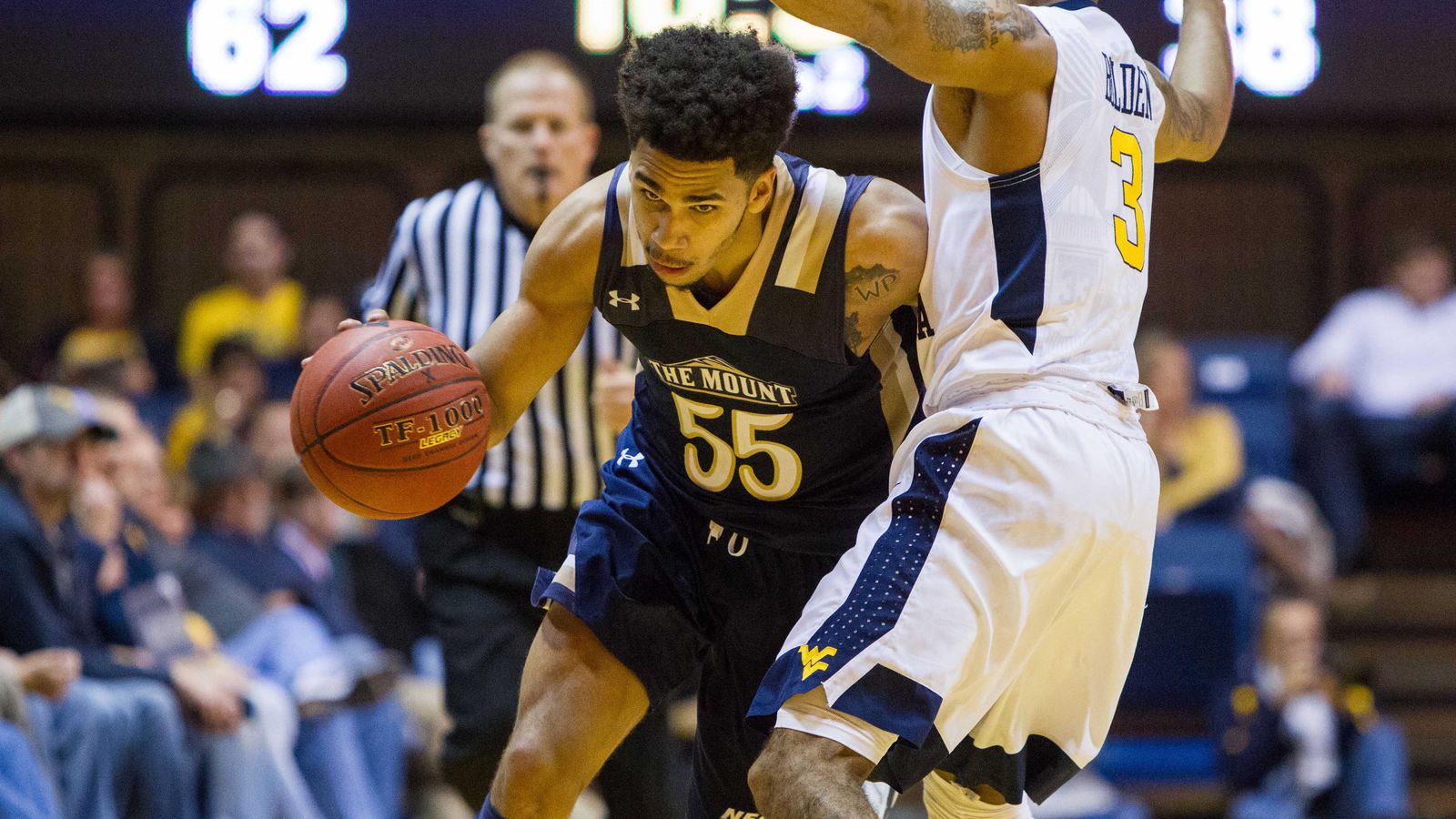 Michigan hosts Mount St. Mary’s on Saturday night as it looks to bounce back from a disappointing defeat at South Carolina on Wednesday.

Michigan hosts Mount St. Mary’s on Saturday night as it looks to bounce back from a disappointing defeat at South Carolina on Wednesday.

The Mountaineers’ trip to Michigan will be their 7th consecutive road game to start the season and they still have two more to play before their first home game on December 7th. West Virginia, Minnesota and Iowa State all blew Mount St. Mary’s out to start the season, but it bounced back with a win over George Mason and a couple of more competitive losses to Southern Illinois and UT-Arlington.

Mount St. Mary’s is led by fifth-year head coach Jamion Christian. Christian was a three-year captain at Mount St. Mary’s from 2000-03 and is in his first head coaching gig, coming off of a recent stint as an assistant coach for Shaka Smart at VCU.

Mount St. Mary’s has been better on the defensive side of the ball, but still has some major blemishes. The Mountaineers are awful on the defensive glass, allowing their opponents to rebound 37.4% of their misses (321st). Mount St. Mary’s has done a great job defending the three-point line this year and last. It’s not just hard to make a three against the Mountaineers — 29.9% (68th) — it’s hard to even attempt a three — 26.5% 3PA/FGA allowed (16th).

The other strength of the MSM defense has been its ability to force turnovers. Mountaineer opponents are giving the ball away on 21.3% of their offensive possessions (76th) and last year they ranked third nationally in forced turnover rate at 24.6%.

6-foot sophomore Elijah Long uses 30% of Mount St. Mary’s offensive possessions, but has an offensive rating well under 100. He’s a slasher that takes 5 times as many twos as threes and does a good job of getting to the free throw line. He leads MSM in scoring at 15.5 points per game and also averages 5 rebounds and 3.5 assists per contest.

Sophomore guard Junior Robinson starts next to Long and is listed at just 5-foot-5. He’s shooting just 34% on twos and 29% this season, but averages 9.5 points and 2.5 assists per game.

6-foot-4 East Carolina transfer Greg Alexander has given MSM a solid shooting threat on the wing at 6-foot-4, 215 pounds. He’s primarily a three-point sniper, with 40 three-point attempts to 7 two-point attempts, but he’s connecting on 40% of his long range efforts.

6-foot-8 junior Chris Wray and 6-foot-9 sophomore Mawdo Sallah start on the inside. Wray is a good offensive rebounder and shot blocked who shoots 55% from the field, but just 53% at the free throw line. Sallah is the best defensive rebounder on the Mountaineer roster, but he’s just 5-of-27 from the field this season.

While Mount St. Mary’s starts both bigs, they’ll also go small and play 6-foot-6, 200 pound senior Will Miller at the four position. Miller comes off the bench, but plays more minutes than Sallah. He’s just 0-for-1 on two-point attempts this season and 10-of-37 on three-point attempts.

6-foot-5 freshman Miles Wilson has shown some promise off the bench as a scorer. He’s shooting 47% on twos and 38% on threes, and is MSM’s No. 2 scorer, but he somehow hasn’t recorded an assist in 152 minutes this season.

This should be a straight forward one for Michigan as it looks to get back on track before next week’s Big Ten/ACC Challenge. KenPom projects a 75-54 victory and gives Michigan a 97% chance of picking up the win in its first home game since November 13th.