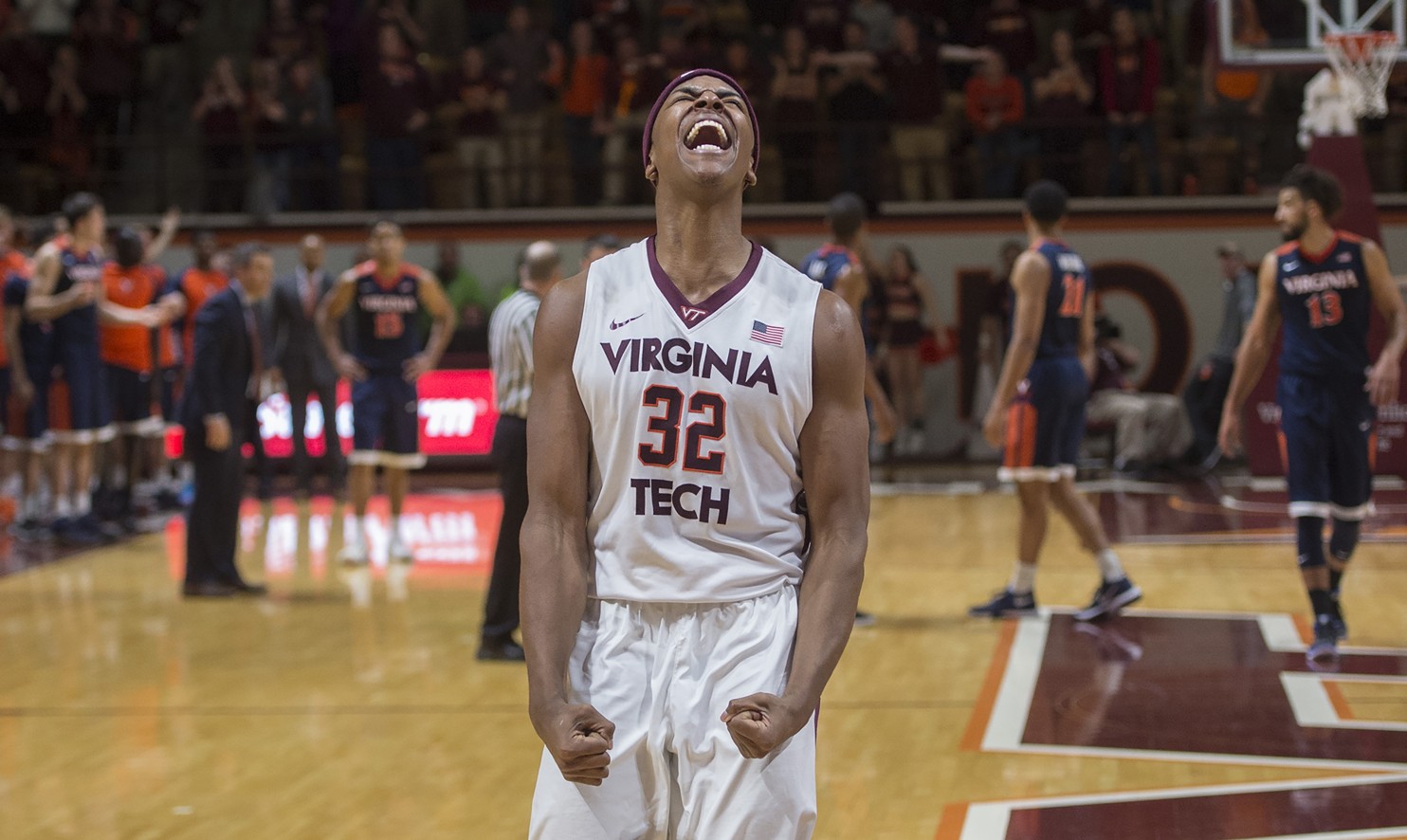 The process starts tonight as the Wolverines host Virginia Tech in the Big Ten-ACC Challenge. The Hokies are 5-1 with wins over New Mexico and Nebraska along with a narrow loss to Texas A&M.

The Wolverines have been productive away from home, but the next week inside the friendly confines of the Crisler Center will set the tone for the non-conference slate as a whole. Beat Virginia Tech and Texas at home and things look fairly rosy heading to UCLA — where a win would make it a great preseason and a loss would still be plenty respectable. Drop one of these next two home games and then a win in Los Angeles becomes a necessity rather than a nice to have.

The process starts tonight as the Wolverines host Virginia Tech in the Big Ten-ACC Challenge. The Hokies are 5-1 with wins over New Mexico and Nebraska along with a narrow loss to Texas A&M.

Virginia Tech has been better on offense than defense this season, ranked 18th in adjusted offensive efficiency and 62nd in adjusted defensive efficiency per KenPom. The Hokies offensive recipe has been good shooting with inside-outside balance and minimal turnovers — a recipe that just about any team would hope to follow. Virginia Tech’s 56.3 eFG% is ranked 22nd nationally and it boasts top-60 shooting percentages inside the arc (53.9%) and outside (40%). Giving the ball away on just 14.8% of its offensive possessions (15th), the Hokies have maximized possessions while only rebounding 25% of their missed shots (280th).

John Beilein mentioned Virginia Tech’s transition game and the Hokies do push the ball on 24% of their offensive possessions, but they are also a great pick and roll team. Virginia Tech scores 1.147 points per ball screen (including passes), good for the 98th percentile nationally according to Synergy.

Defensively, Virginia Tech’s profile is pretty vanilla. The Hokies are ranked between 50th and 100th in eFG% defense, defensive rebounding rate and defensive free throw rate, but only force turnovers on 17.6% of their opponent possessions (251st).

Buzz Williams isn’t afraid to experiment with different defenses, especially given the versatility of his personnel. The Hokies have shown a bit of 1-2-2 press defense and some various zone or matchup zone looks over the last couple of games. Per Synergy, the Hokies play zone defense on 17% of their defensive possessions, but they’ve been more effective in the zone than man.

Either way, this isn’t defense that you should expect to pressure out to 30 feet and prevent a team from getting into its offense, as we saw from South Carolina. Virginia Tech plays a saggy, switching defense that can still be very difficult to attack.

LeDay, a 5th year senior who started his career at South Florida, does the majority of his work around the basket. He’s a presence on both backboards, draws fouls at a high rate, blocks shots and is 36-of-62 from inside the arc. He loves to play out of the pick-and-roll game as the roll man, but he’s more versatile than your average pick-and-roll guy because he can pop and then put the ball on the deck and attack.

Sophomore guard Justin Robinson starts at the point guard position. Robinson can hit the three (38%), but he’s more of a slasher. He’s great at drawing free throws (59.6 FTA per 100 FGA) and also leads the Hokies in assists at 5.3 per game. The 6-foot-1 guard can really play in the ball screen game as well, but he’s more of a creator for others than a scorer. He rates in the 29th percentile for his own offense (2-of-7), but he has 18 pick-and-roll assists already this year per Synergy.

6-foot-5 redshirt sophomore Ahmed Hill is the shooter to know. He’s connected on 48% of his three-point attempts and accounts for over a third of Virginia Tech’s made threes this season. Hill operates almost entirely out of the corners and two thirds of his shot attempts are catch-and-shoot jumpers, per Krossover. He’s only 1-of-7 inside the arc in the half court and takes 87% of his half court shot attempts outside the arc.

6-foot-6 sophomore Chris Clarke fills a similar role as LeDay. He’s a great finisher around the rim and a very capable slasher. Clarke runs the floor well, shoots 67% inside the arc, gets to the line, rebounds well, and passes like a guard with a 21.9% assist rate.

Backup guard Seth Allen has had turnover issues this season (16 in six games), but he’s an efficient scorer when he doesn’t give the ball away: he’s made 65% of his twos and 47% of his threes — well above his season averages of 48% and 33%. Allen is a backup, but he’s been elite in the pick-and-roll game, creating 51 points in 38 ball screens (97th percentile).

Junior forward Justin Bibbs is a glue guy that starts on the wing and can hit the three (11-of-25), but he’s shooting just 5-of-18 inside the arc.

Freshman big man Khadim Sy is the only player over 6-foot-10 to feature in Virginia Tech’s rotation. He starts, but plays about a third of available minutes when the Hokies go with a true big and he’s an above-average shot blocker, rebounder and a solid finisher.

KenPom likes Michigan by a final score of 70-65, giving the Wolverines a 69% chance of defending their home floor. There’s something of a sour taste left over from last week’s disappointment in Columbia and lackluster showing against Mount St. Mary’s, a win in the Big Ten-ACC Challenge would alleviate any of that heading into December.