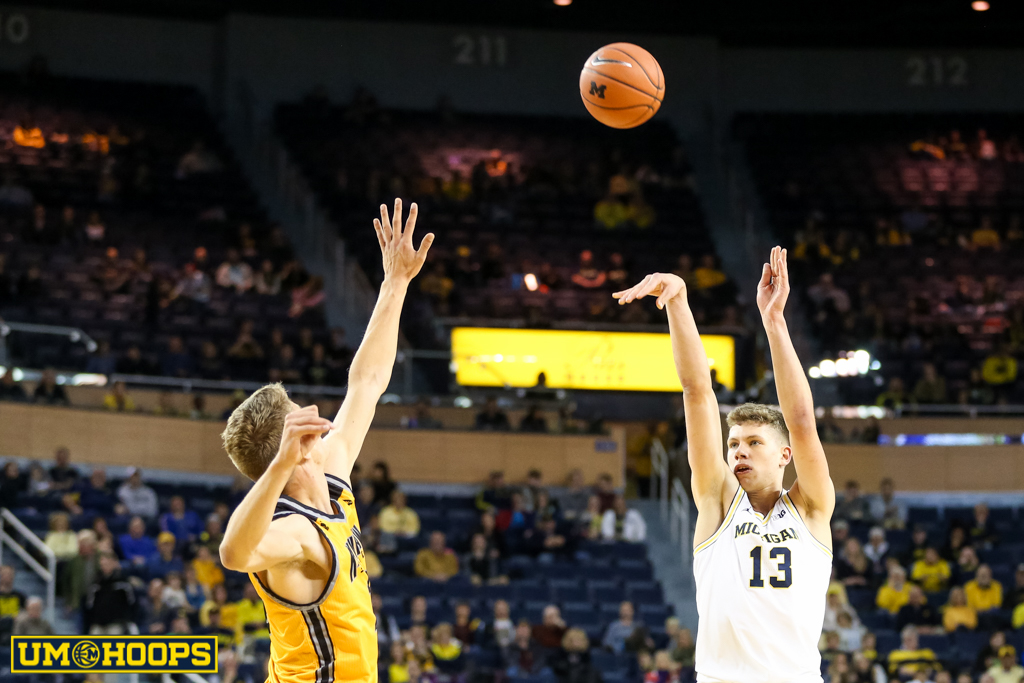 Saturday was a chance for Michigan to get back on track and regain some confidence before a big week ahead and the Wolverines took advantage, rolling to a 82-55 win over Kennesaw State.

Saturday was a chance for Michigan to get back on track and regain some confidence before a big week and the Wolverines took advantage, rolling to a 82-55 win over Kennesaw State.

Michigan got a career-high 20 point scoring night from Moritz Wagner, a bounce-back double-double from DJ Wilson and efficient performances from its seniors, Zak Irvin and Derrick Walton, in the blowout victory.

Kennesaw State hung around early as senior guard Kendrick Ray knocked in seemingly every shot in the book over the first 10 or 15 minutes, but the Wolverines weathered the storm and closed the first half with a 17-2 run and never looked back. Michigan’s defense improved as the game wore on and the offense was never bothered by a Kennesaw State team that entered the day ranked 324th in adjusted defensive efficiency.

Michigan scored a season-high 1.36 points per possession in the win, getting basically whatever it wanted on that end of the floor. The Wolverines moved the ball well (15 assists to 7 turnovers), attacked the basket (20 3PA to 33 2PA), got to the free throw line, and rebounded a third of their misses for 10 second chance points. There was a noticeable effort to throw the ball into both Moritz Wagner and DJ Wilson in the post, a clear effort to attack off the bounce and there was little room for nitpicking overall.

This wasn’t a great defensive effort, but it was nice to see the Wolverines tighten the screws after some early lapses. Kennesaw State scored 27 points in the first 15 minutes, but only scored another 20 before Michigan’s starters were pulled from the game with 4:31 to play. The Owls shot the ball well — 50% on twos, 42% on threes — but Michigan controlled the other areas of the game defensively. Kennesaw State gave the ball away on a fifth of its possessions, was shut down on the offensive glass and only managed 6 free throw attempts (a point of emphasis after committing so many fouls against Virginia Tech).

What can you take from a guarantee game win over a team like Kennesaw State? Not a lot, but it was nice to see complete individual performances from Derrick Walton, DJ Wilson, Moritz Wagner and Zak Irvin ahead of a make-or-break week for Michigan’s non-conference season. The mid-week game against Texas — a team that is vastly underperforming its preseason expectations — is starting to feel like a must-win ahead of a trip to Pauley Pavilion to face a UCLA team that just hung 97 points at Rupp in a win over Kentucky.