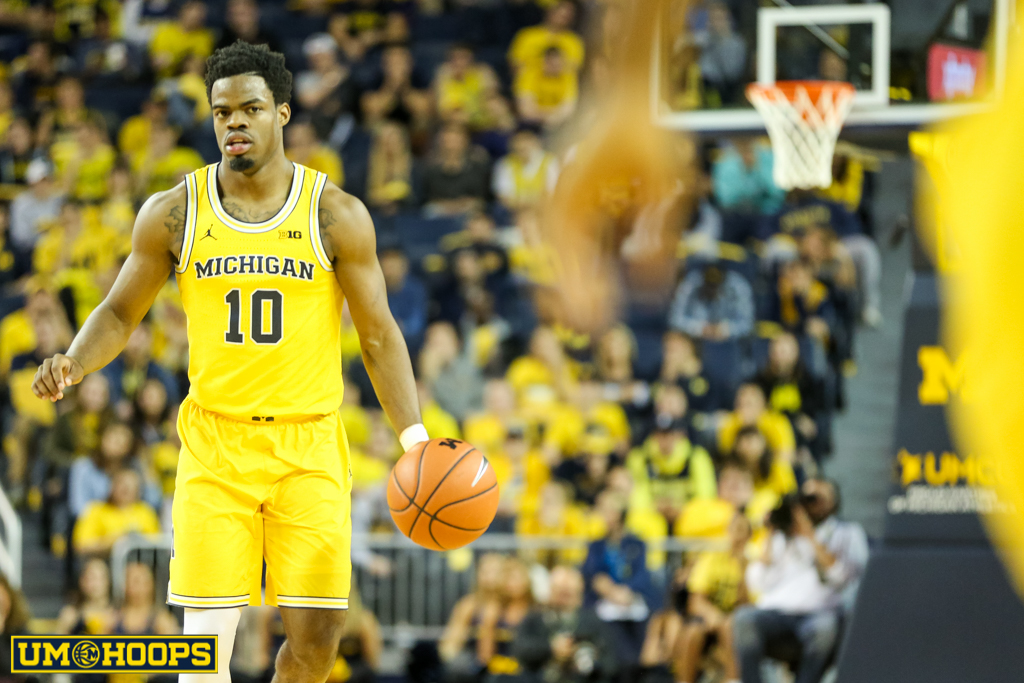 John Beilein and Michigan have seen Shaka Smart’s “Havoc” press before. How will they handle it?

When Shaka Smart deploys his full-court press, known as “Havoc,” tomorrow night, Michigan will be ready. In addition to beating Texas last season, Michigan dominated Smart’s VCU team in the second-round of the 2013 NCAA Tournament.

They did it by “setting the table,” as Beilein calls it. The Wolverines won’t hurry to beat the press if Texas scores. Expect the player taking the ball out of bounds to hold it for a few seconds to let his teammates find their proper spots. When point guard Derrick Walton receives the inbounds pass, he too will wait a couple of seconds to allow others to go up the court. Spacing the floor will prevent Texas from trapping.

Michigan executed this to perfection against VCU and while they turned it over more than they would have liked against the Longhorns last year, they were still very efficient offensively. To prevent turnovers, Michigan practices little things like throwing passes to the outside hand, catching passes with two feet on the ground, and pivoting strong.

It’s no secret that, typically, Smart’s teams rely on forcing turnovers and Beilein’s teams are great at protecting the ball. So far in this young season, neither squad is making its coach completely happy. Michigan is turning it over on 16.6 percent of its possessions, good for just 54th in the country, the lowest rank since Beilein’s first season in Ann Arbor. Texas, meanwhile, is just 234th in the country in forcing turnovers. It’s clear Smart just doesn’t have the personnel yet to fully execute his preferred style.

But Beilein said that even if the stats don’t show it, Texas can force opponents to take more time than they want just to get into their offense. “That’s part of the idea: to take you out of your comfort level,” he said.

Walton played very well against Texas last year and is a proficient ball-handler. Xavier Simpson will be thrown into the fire as well, as Beilein expects Havoc to wear down Walton. Both will be asked to look for scoring opportunities early in the shot clock.

“You want to probe and attack [the press] the best you can to see if you can get something easy,” Beilein said. “The reason teams don’t press as much is it gives up threes. It’s a great time to get a wide-open three.”

The Wolverines know they can’t try to recklessly take it to a team that blocks shots at a very high rate, or get out of their own preferred pace. Finding that balance will be key.

Eric Davis, Jr., a Saginaw native and sophomore guard for the Longhorns, will return to his home state tomorrow night. Although Michigan and Michigan State offered Davis a scholarship, apparently he harbors some bad feelings towards the programs.

“He’s got a certain way about him about the Michigan schools,” Smart said during today’s press conference in Austin. “I don’t what went down during the recruiting process. Eric’s a ‘chip on the shoulder’ guy. I know he’s excited about going home.”

Davis scored 12 points in 17 minutes against Michigan last year. He averaged 7.4 points and shot 38 percent from three. He’s struggled offensively so far this season, making just six of 37 threes as the Longhorns have been searching for an answer at the point guard position.

The Nets play the Wizards at 7:30 ET tonight and Caris LeVert is suiting up for Brooklyn, hoping to make his NBA debut. On Dec. 30 last year, LeVert tallied 22 points, 10 rebounds, and five assists in Michigan’s win over Illinois. He landed on his foot awkwardly at the end of the game, though no one at the time realized he’d play in just one more game the rest of the season and have his NBA career delayed.

Beilein likely won’t be able to watch the game, but he’ll be checking the box score. He is proud of the way LeVert has handled this adversity.

“He’s smiling today and he smiled through the whole thing,” Beilein said. “He found a way to make the most of the situation.”