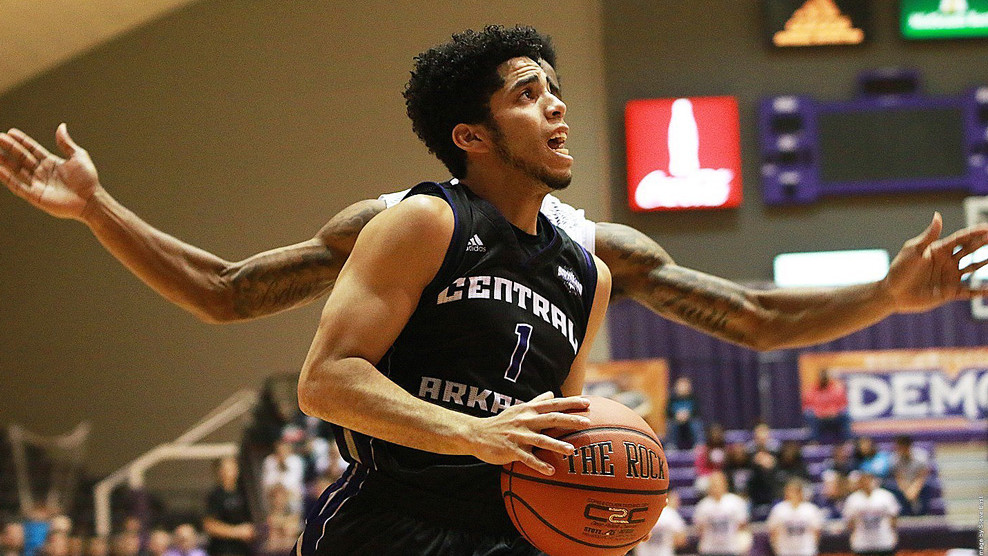 Michigan survived its six non-conference games against high-major opponents with a .500 record, now it needs to buckle down and handle business during final exams and wrap up the non-conference season with three guarantee games before Christmas.

That stretch starts with a late Tuesday night bout against Central Arkansas (1-8). The Wolverines are facing something of a short turnaround after watching the women’s team face UCLA on Sunday and chartering back from Los Angeles, but they’ll also be facing the lowest ranked KenPom team on the schedule to date.

The Bears beat Army on November 20th, but have fallen short in their other eight games, several of which were against impressive opponents (Wisconsin, Oklahoma State and Butler) but also included a 17 point loss to Western Michigan, a 24 point loss to Southeast Missouri State, and a pair of losses to Little Rock.

The Bears utilize a match-up zone defense that they run on 82.3% of their defensive possessions. They’ll also apply occasional full court pressure (17.6% of possessions) in an attempt to speed up the game. But overall, the defensive results have been ugly. Central Arkansas opponents are scoring an adjusted 1.11 points per possession (327th) and have a 55 eFG% (296th). The Bears only force turnovers on 17.3% of opponent possessions (272nd) and are a below-average defensive rebounding team.

Only one team (Army) has failed to score a point per possession against Central Arkansas and all three high-major teams that the Bears have faced have scored over 1.2 points per trip.

The one area of the game where the Bears excel has been free throws. They get to the line (36.9% FTA/FGA) and prevent their opponents from doing so (30.9% FTA/FGA allowed) and do a good job of knocking in their freebies.

Not far behind Howard in scoring column is 6-foot-6 senior Derreck Brooks at 15.8 points per game. Brooks is also Central Arkansas’ leading rebounder at 6.5 per game and also a capable perimeter shooter. Brooks is 17-of-40 from three-point range, making him the only other Bear to make more than 4 three-pointers this season.

6-foot-5 junior Mathieu Kamba is a slasher who averages double-figures. He’s shooting 49% inside the arc, but he’s just a 61% free throw shooter.

6-foot-2 senior Jeff Lowery is the best setup man on the roster and while he does a good job of getting to the free throw line, he’s a poor shooter. He makes just 39% of his two-point attempts and is just 2-of-7 from three-point range.

The Bears lack much size in the middle with 6-foot-8, 220 pound sophomore Tanner Schmit starting at the five spot. Schmit is an average shot blocker and rebounder, but he makes 50% of his twos.

Michigan should get a much-needed tune up tonight against an over-matched opponent. KenPom projects an 80-57 Wolverine victory, giving the the Bears a 2% chance at the road upset.