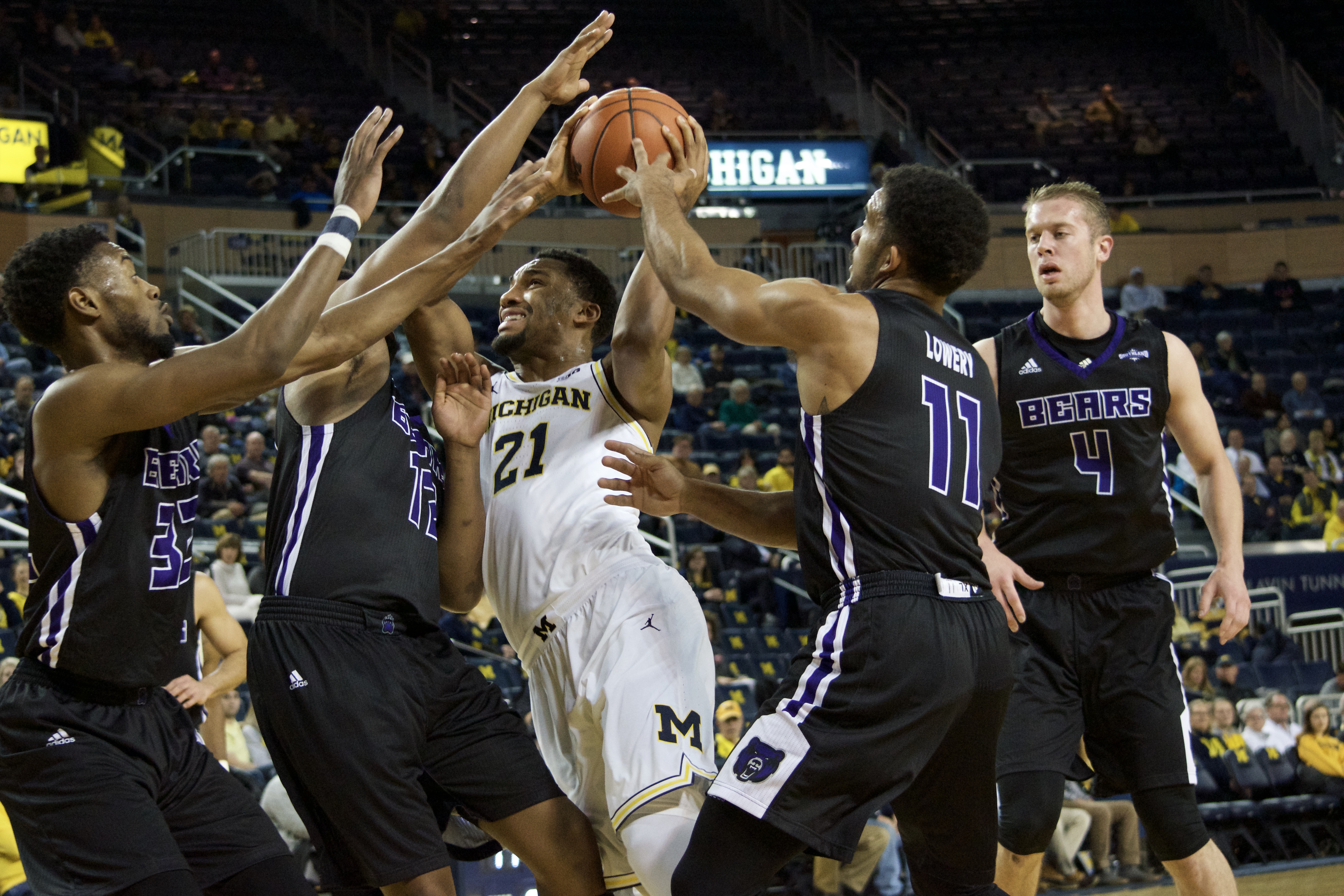 When final exams and a cross country flight get more attention in the game preview than any player on the opposing team it has the makings of a long night. Michigan’s easy 97-53 win over Central Arkansas was only competitive for about five minutes.

When final exams and a cross country flight get more attention in the game preview than any player on the opposing team it has the makings of a long night. Michigan’s easy 97-53 win over Central Arkansas was only competitive for about five minutes.

The Wolverines started the game 1-of-7 from three-point range and only led 7-5 at the first media timeout. Then the shots started falling and the lead snowballed in a hurry. Michigan kept scoring like it was still in Westwood and made last Tuesday’s 53-50 grinding win over Texas feel lightyear’s away.

At the end of the day, the Tuesday night blowout was much more of an indictment of Central Arkansas than any meaningful sign about Michigan. It also proved that a switching match-up zone defense designed to funnel an opponent into taking three-pointers might not be the best strategy against a Beilein-coached team.

You can’t fault Michigan for its performance, even against an overmatched opponent, as it posted season-bests in offensive and defensive efficiency in the victory. All the Wolverines could do tonight was show up, play well and win and they did that while building off of the offensive confidence that they built at UCLA.

This was Michigan’s best offensive performance and best shooting performance of the season despite emptying the bench with over five minutes to play. Central Arkansas entered Tuesday night’s game allowing opponents to attempt 43.8% of their shot attempts from long distance (325th) and it was clear why. The Bears packed the lane with their matchup zone and over-helped on any sign of penetration, leading to wide open threes with any semblance of dribble penetration.

Michigan shot a lot of threes, taking what the defense provided, but it also almost all of its twos. The Wolverines shot 76% inside the arc and didn’t miss a two-point jumper until Mark Donnal missed a face-up jumper with 15 minutes to play.

The Bears entered this game with one of the worst half court offenses in the country and it showed. Michigan kept Central Arkansas out of transition and held it to just .78 points per possession. That’s basically the floor for how bad any offense can play and there wasn’t much to complain about from the Wolverines as they forced turnovers on a fifth of possessions, rebound 87% of Central Arkansas’ misses and won the free throw battle.

Michigan will repeat this exercise on Saturday when it hosts Maryland Eastern Shore, one of the 17 teams in the country with a worse defense than Central Arkansas.