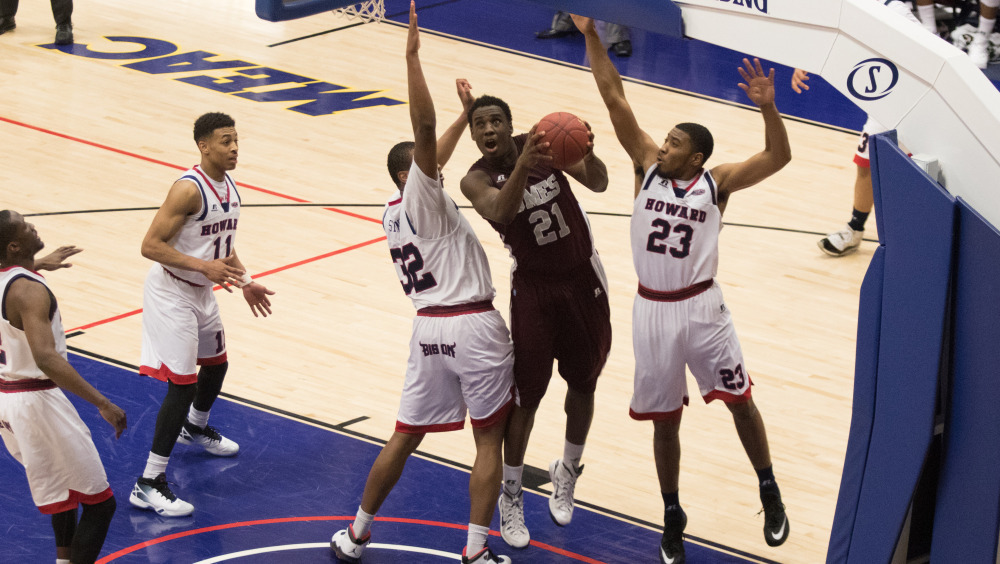 Michigan faces the lowest KenPom ranked team on its schedule on Saturday afternoon as it hosts Maryland Eastern Shore. The Hawks are just 1-9 this season with their lone win coming against Central Penn College — a USCAA Division II team.

Michigan faces the lowest KenPom ranked team on its schedule on Saturday afternoon as it hosts Maryland Eastern Shore. The Hawks are just 1-9 this season with their lone win coming against Central Penn College — a USCAA Division II team.

Eastern Shore has done a good job of not turning the ball over, but it hasn’t helped much when it shoots just 42% inside the arc (323rd). This team can shoot the three fairly well (35%) and unlike some of Michigan’s recent opponents (UCA, Texas) they’ll take a slightly above average number of three-point attempts.

Defensively, Eastern Shore plays a zone on 39% of its possessions so Michigan should see plenty of that. The Hawks also will press once every 10 possessions and have a better than average ball screen defense. They also allow a lot of threes (43.2% of field goal attempts) and two-thirds of made shots against UMES are assisted.

6-foot-6 senior Bakari Copeland is a 14 points per night scorer and the best defensive rebounder on the Hawk roster. He is the primary offensive option, but he hasn’t been very efficient, making just 40% of his twos and 33% of his threes.

6-foot-2 junior Ryan Andino is the shooter to track. Andino is 34-of-73 from three-point range and is the only Eastern Shore player with double-digit made threes this season. He’s not a threat to do much else as he’s just 6-of-23 (26%) inside the arc.

Sophomore forward Dontae Caldwell has great rebounding numbers for a 6-foot-5 player, and he’s also a good slasher. He’s made 55% of his twos while posting a free throw rate of 46%. The one thing he can’t do: hit from the perimeter where he’s just 5-of-24.

The point guard spot is split between Logan McIntosh, a 6-foot-3 junior, and Thomas Rivera, a 5-foot-11 senior. Both players have impressive assist rates, but McIntosh is more of a driver (he shoots more twos and gets to the line) while Rivera is a sneaky three-point threat (7-of-16) but just 7-of-27 inside the arc.

This is the last sub-200 KenPom guarantee game left on Michigan’s schedule (next week’s game is against 149th ranked Furman) and should be the most straightforward game remaining this season. KenPom projects aa 77-53 Wolverine win and gives Eastern Shore just a 2% shot at the upset.