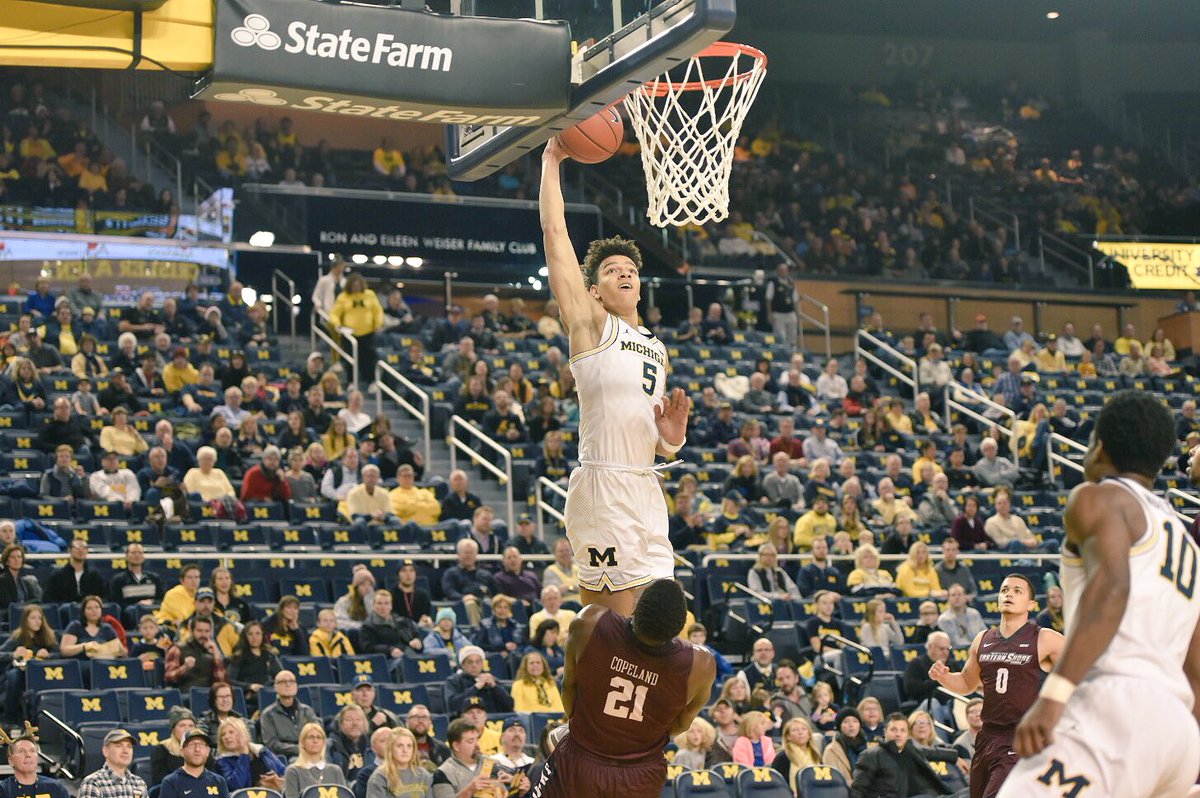 The Hawks were the lowest rated team on Michigan’s schedule and it showed. Michigan played its most efficient game of the season on offense and defense and coasted to a 98-49 win.

Michigan doubled-up Maryland Eastern Shore on Saturday afternoon and in its second dominant performance against an overmatched team in as many games.

The Hawks were the lowest rated team on Michigan’s schedule and it showed. Michigan played its most efficient game of the season on offense and defense and coasted to a 98-49 win.

The Wolverines were led by Derrick Walton’s 21 points on 9 shots, but just about everyone got in the action as the 11 different Wolverines found the scoring column in the routine win.

Michigan’s offense was dominant from the opening jump. The Wolverines started hot from long distance, making 8 of their first 10 triples, but controlled the game in almost every other aspect as well. Facing an Eastern Shore team that ranks near the bottom of Division I in assisted baskets allowed, Michigan moved the ball very well and assisted on a season-high 28 of 34 made baskets. The Wolverines also pushed the tempo more than we’ve seen in other games, scoring 20 fast break points and exploiting a mediocre at best Maryland Eastern Shore transition defense.

The ball movement and transition play helped the Wolverines score 1.46 points per possession and shoot 71% on twos and 57% on threes for a 76.9 eFG% — their best per possession scoring and shooting performance of the season.

Michigan held the Hawks to .73 points per possession, their worst offensive performance of the season. At this point, I’m not really sure what we can analyze from Michigan shutting down a team like this. Maryland Eastern Shore came to Crisler with a bad offense and the Wolverines did what they were supposed to: held them to 33% two-point shooting, cleaned up the defensive glass and forced turnovers on over a fifth of their possessions.

There’s one more non-conference game remaining, a Thursday night tilt with Furman. Furman is ranked 169th per KenPom and appears to be considerably better than UCA or MDES, giving Michigan one final tune up before opening the Big Ten season at Iowa.