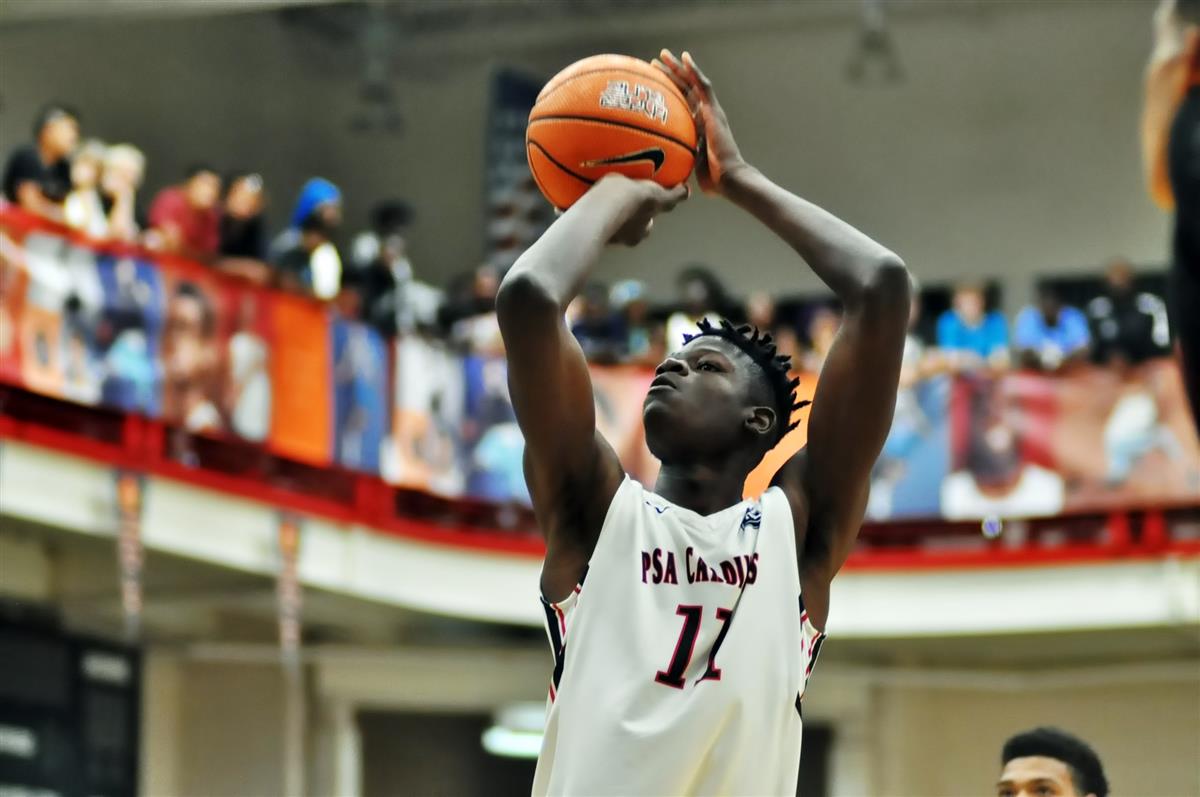 Who leads for Mo Bamba? An ESPN report says that Michigan and Texas might have the lead right now.

Mo Bamba is the unquestioned top prospect on Michigan’s recruiting board. The five-star center would be the crowning jewel of the the Wolverines’ 2017 class.

He also rarely discusses his recruitment in the media and has kept pundits guessing what he’s going to do. Bamba has only taken two official visits — to Michigan and Texas — and is eyeing taking additional trips to Kentucky and Duke.

He discussed his recruitment at the City of Palms with ESPN this week. John Beilein and Texas head coach Shaka Smar were both in attendance watching him at the event.

Here’s what Bamba had to say on Michigan.

“That was my first official visit, so that kind of set the tone,” Bamba told ESPN. “Obviously Michigan is probably one of the greatest universities in the world and it’s set to such a high standard, as far as academically and athletically. They do things the right way.”

ESPN’s Jeff Borzello continued on to speculate about who might be among the top choices for Bamba:

According to multiple sources is the Wolverines and Longhorns have the edge in his recruitment, and John Beilein and Shaka Smart were both at his game on Sunday at City of Palms.

College coaches involved in his recruitment don’t think the leaders are set in stone, though.

“Speculate anything on Mo and you might be right,” one coach said.

Like Duval, it’s been difficult to get concrete info on Bamba’s recruitment — because he simply doesn’t talk to many people about it.

“He likes to keep to himself,” a source close to Bamba said.

One thing Bamba and Duval have in common is some of the questions surrounding whether they’re indeed college-bound. It hasn’t been a secret for Duval, given his time at API and potential NCAA issues. He insists he’s definitely going to college, though. The whispers around Bamba began only recently, but it does appear there’s a slight chance he doesn’t play in college next season.

There’s a long way to go in this one, but it continues to be the one recruitment to track closely.

Bamba is averaging 9 points and 6 rebounds per game this season with Westtown and he’s posted a 67 eFG%.

He scored 6 points, grabbed 5 rebounds and 3 blocks in a showdown with five-star big man DeAndre Ayton. On the positive side of the ledger, he held Ayton to just 4-of-17 shooting as Westtown came away with a 53-42 win.

Jordan Poole has a well-established reputation as a shooter, but he hasn’t always been the most efficient perimeter shooter.

That hasn’t been a problem for Poole after transferring to La Lumiere. Playing for one of the best teams in the country, Poole has been on fire from three-point range.

He’s 31-of-65 on the season from three-point range and boasts a 69 eFG%, averaging 15 points, 3 rebounds and 1.4 assists per game. Via our friends at Krossover, here’s Poole’s season shot chart to date.

Isaiah Livers off to good start

Isaiah Livers has elevated his game early on this season. The Michigan commitment has been playing well with Kalamazoo Central this winter.

Endless Motor was very impressed with his performance:

Simply put, this is the best I’ve ever seen Isaiah Livers on a basketball court. His improvement in terms of ballhandling was quite evident early on, as he was able to create separation against defenders with change of direction dribbles in a way that he has not displayed on prior occasions. The 6’8 wing consistently knocked down contested midrange jumpers off the bounce using his verticality and tremendous length. Livers was extremely impressive in transition as well, using a nifty behind the back dribble to blow past a defender before showing great body control when finishing on an up under scoop layup with nasty english on it. Isaiah’s impact was not limited to offense, and he tallied 5 blocks that saw him chase down defenders in transition, provide helpside shotblocking, and perfectly timed blocks when defending in one on one situations.

The 6-8 Michigan commit dominated against Detroit Western, scoring 23 points, grabbing eight rebounds, and blocking four shots. He also added a new highlight dunks. Livers was matched up with Western’s 6-7 Tray Jackson, who had the height to defend him, but the skill level difference was apparent. Livers dominated whenever he got the ball in the paint, and showed what he was able to do with the ball in his hands, hitting a couple of long-range jump shots.