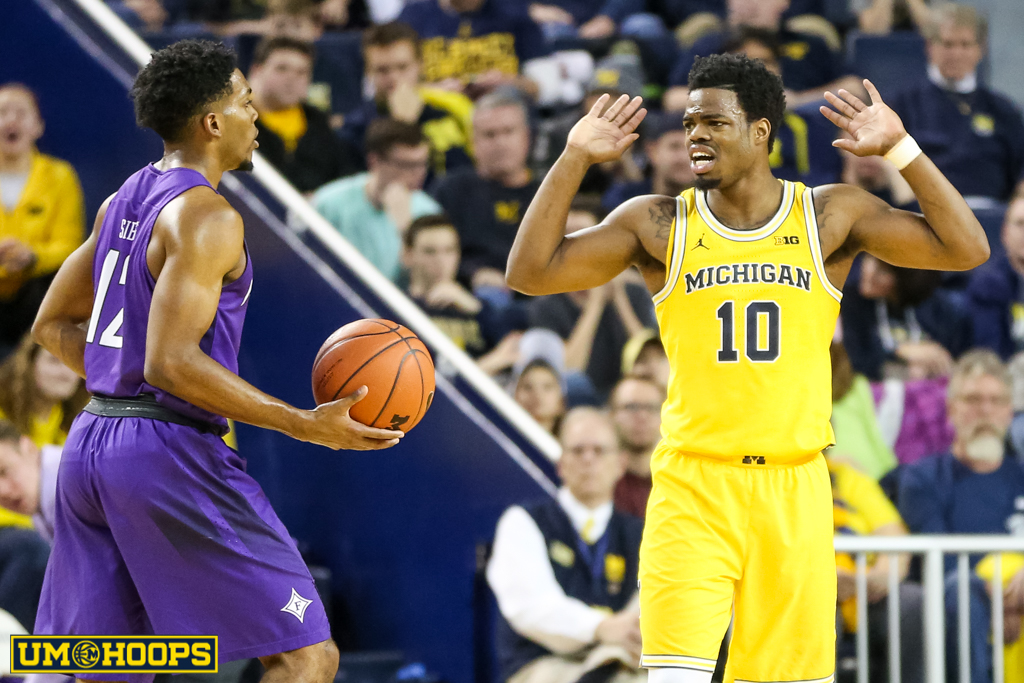 Michigan wrapped up the non-conference season with a win over Furman.

After breezing through a pair of laughers and with a 9 day holiday break on the horizon, Michigan was caught in a trap game on Thursday night.

Furman didn’t care about Big Ten play, Christmas or the Crisler Center crowd. This was a team that had already won four road games this season and hadn’t lost a game by more than 6 points. The Paladins might not be a great team, but they came into the Crisler Center with a plan to not beat themselves and they executed it.

Furman slowed the game down to a crawl (25 first half possessions) and executed well with a small ball lineup. As much as Michigan might have hoped, there was no chance of Christmas break starting early. The first half went back and forth at a snail’s pace before Michigan pulled away with a narrow 6 point half time lead. The Paladins immediately opened the second half with an 11-0 run of their own and never went away.

The Wolverines were able to pull away down the stretch with a couple of mid-range jumpers by Zak Irvin and a dagger three-pointer by Derrick Walton, but they never led by double-digits.

At first glance, it’s easy to call the Paladins an unlucky team this season after they’ve lost 6 games by 6 points or fewer. On the other hand, their defensive strategy of forcing teams into such a high volume of three-pointers and having them all miss seems like it will run out eventually. Teams are shooting just 29.6% (28th) from three against Furman, but attempt 39.7% of their shots from distance (277th).

On Thursday night, Michigan attempted 36% of its field goals from three-point range, but could barely will one into the basket. U-M went almost the entire second half without making a three, missing its first 12, before Derrick Walton sealed the game with a nice jab step triple. The Wolverines were due for a cold night from three after shooting so well for the past three games, but it will be tough to win many more games this season going just 4-of-20 from long distance.

The Wolverines did other things well offensively. They didn’t turn the ball over, they made their twos and they got to the free throw line (making all of 16 attempts). This ended up as almost an average offensive night for Michigan (1.14 PPP) despite such terrible three-point shooting and that’s an encouraging sign for when the threes do fall.

Michigan made some critical plays defensively down the stretch, but there were also a lot of defensive red flags heading into Big Ten play. The biggest concern will be just how effective Furman was attacking the basket, both in transition and half court. The Paladins shot 61% on twos and got to the free throw line 16 times.

The numbers corrected over time, but there were also some really bad defensive rebounding moments for the Wolverines. Furman didn’t have a starter over 6-foot-6, and was one of the worst offensive rebounding teams in the country,  but got a number of frustrating long rebounds and second chances off of missed shots. The Paladins’ undoing was the turnover. They gave the ball away on 22.4% of their offensive possessions and Michigan turned those 13 giveaways into 23 points.

This is only the third time that Michigan has allowed an opponent to score over a point per possession (VTech, UCLA) and that’s not the best way to finish the non-conference slate.

A bit of a wakeup call might not be the worst thing for the Wolverines heading into a long layover. Big Ten games aren’t going to come this easy and the Iowa team that Michigan will face on New Year’s Day is looking at a 5 game winning streak and has turned things around after a dreadful 3-5 start.