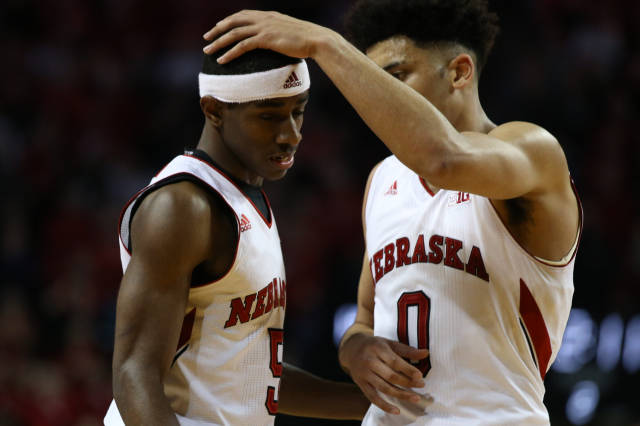 In the midst of a dreadful defensive start to the Big Ten season, Michigan returns home in search of answers this weekend. The Wolverines host the Nebraska Cornhuskers on Saturday afternoon, a team they haven’t lost to since they joined the conference in 2012.

In the midst of a dreadful defensive start to the Big Ten season, Michigan returns home in search of answers this weekend. The Wolverines host the Nebraska Cornhuskers on Saturday afternoon, a team they haven’t lost to since they joined the conference in 2012.

That’s a welcome sight, although winning 11 of the last 12 against Illinois didn’t seem to help much on Wednesday. Nebraska is the feel good story of the Big Ten season thus far, boasting a 3-1 start that includes road wins at Indiana and Maryland.

Nebraska’s season has been rocky overall, but many of their struggles this season have been schedule induced. Tim Miles’ team played the third most difficult schedule in the country, per KenPom, and paid the price with 6 non-conference losses. They lost 6-of-7 games from Thanksgiving into December in a stretch that was bookended by a home defeat to Gardner Webb, but have started to figure things out since.

Nebraska’s turnaround can primarily be attributed to its improved three-point shooting. The Huskers made just 29 percent of their non-conference threes and have hit 42 percent in league play. They don’t take very many threes — just 29.1% of shot attempts — but that improved shooting was a key boost in their narrow Big Ten wins.

The Huskers are also one of the better offensive rebounding teams in the conference, grabbing 35.4% of their Big Ten misses. Nebraska ranks 4th in the Big Ten in free throw rate (37.3 FTAs per 100 Big Ten FGAs), but is shooting just 64.5% at the stripe in league play. Similar to Michigan, the Huskers don’t push the ball in transition often, but they are very effective when they do.

Defensively, Nebraska has allowed 1.08 PPP in Big Ten games and it has a aggressive defensive approach. Tim Miles’ defense tries to force turnovers and block shots at the expense of some other defensive elements. The Huskers are ranked 2nd in the Big Ten in 2-point defense, 1st in steal rate, 2nd in forced turnover rate and 3rd in block rate. But that aggressiveness has also led to shorter defensive possessions, the worst defensive rebounding in the conference and a 40.8 3-point shooting percentage allowed on a league-highest 40.2% 3PA/FGA.

The guard duo of Tai Webster and Glynn Watson has emerged out of nowhere as one of the best in the conference. Watson (20.8 ppg) and Webster (19.8) are ranked 2nd and 3rd in the league in scoring. Both guards look to attack the basket before they shoot the three, but both have developed into reliable shooters after struggling from deep earlier in their careers.

Webster is ranked 3rd in the conference in free throw rate, drawing 6.9 fouls per 40 minutes, while Watson checks in at No. 2 in steal rate. Watson has recorded 11 steals in 4 games for the Huskers.

Watson made 13 of his first 19 Big Ten threes this year in Nebraska’s hot start, but finally cooled off on Sunday against Northwestern. Both guards will run as many ball screens as any guard in the Big Ten. Webster ranks 2nd in the conference in ball screen possessions used per game and Watson checks in at 4th.

Michigan catches a bit of a break as 6-foot-7 forward-center combo Ed Morrow is out indefinitely with a foot injury. Morrow is Nebraska’s best shot blocker, rebounder on both ends of the floor and an efficient finisher around the hoop.

6-foot-9 sophomore Michael Jacobson starts at the five. He’s grabbed 24 offensive rebounds in four Big Ten games and is averaging close to a double-double in league play. He’ll attempt the occasional three, but he’s 3-of-20 from long distance. He made just 39% of his twos in non-conference play, but is up to 52% in league games.

I’d expect an uptick in minutes for 6-foot-8 freshman Isaiah Roby in Morrow’s absence at the four position. Roby has some shot blocking ability and has been improving in league play, making 5-of-9 twos and his only three-point attempt. 6-foot-11, 275 pound big man Jordy Tshimanga should also see some increased playing time due to the Morrow injury, but he’s shooting just 34% from the floor.

6-foot-5 Samford transfer Evan Taylor starts on the wing and while his numbers aren’t great (46% on twos, 1-of-6 from three), he seems to make a few timely plays in every Nebraska game.

6-foot-7 freshman Jeriah Horne has also emerged as a volume shooter off the bench. He’s still a bit inconsistent, but similar to Jared Nickens he has to be respected and guarded due to his desire to shoot.

It’s getting right down to it for the Wolverines, especially with a trip to Wisconsin on the schedule next. Madison is not where a team that is trying to figure things out wants to play — just ask Ohio State — and Michigan could badly use this win. KenPom projects a 69-61 Wolverine win, giving Michigan a 76% chance at the victory.