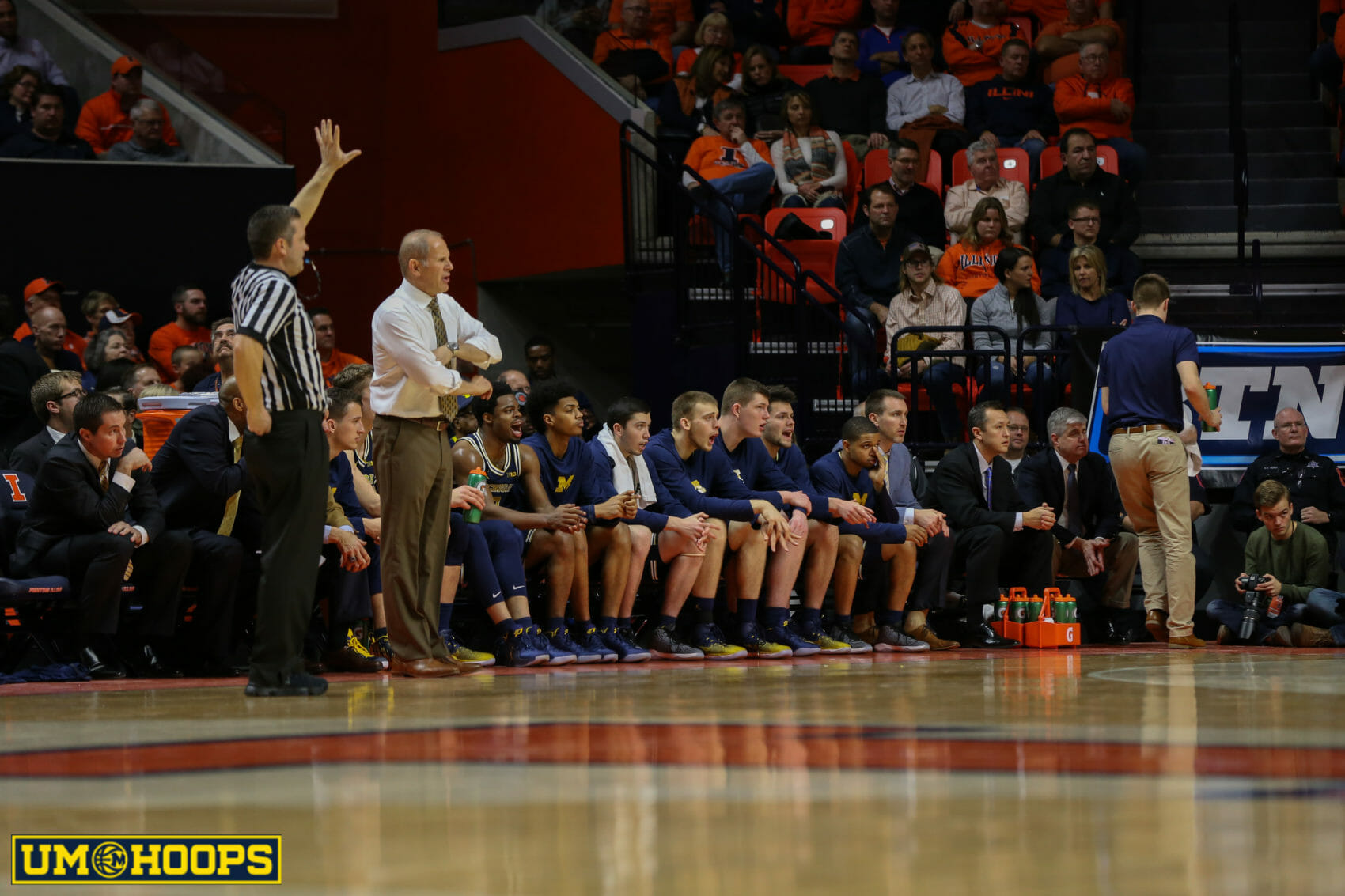 A look at how Michigan’s two new assistant coaches are acclimating, plus the team’s mindset during this rough stretch.

Donlon was brought in as essentially a defensive coordinator; Beilein has given him plenty of freedom to talk in practice and he has the head coach’s ear throughout games. Donlon can be fiery; he was legitimately upset at a walk-on for allowing a basket late in a blow-out win earlier this season.

“I think there’s a good mix of being demanding and giving (players) a big hug as well through all those things,” Beilein said when asked if first-year assistants are reluctant to speak up.

Junior Muhammad-Ali Abdur-Rahkman said the relationships between the new assistants and the players is “growing.”

“I think they’re willing (to call guys out), more so than a couple of weeks ago or at the beginning of the season. … As the season goes on, they’ll be more be more (inclined) to call people out.”

“In the heat of the moment, you probably go back to what you’ve known more so than the new concept, like with anything in life.”

Beilein has repeatedly said Michigan’s defensive woes are not schematic.

“Billy has done a lot to assist us, even though it doesn’t look like it in some occasions,” he said. “Maybe we have to think a little bit more and that’s been some delay, but in the long run we hope it all works out.”

For the first time all season, Michigan has lost two games in a row.

“You have these points in a season,” Beilein said. “And we’ve had them virtually every season. And most seasons we’re able to bounce back from it.”

The defense has been bad, especially lately, but a very similar team did win 10 league games last season, reached the NCAA Tournament, and, earlier this season, looked great in Madison Square Garden. So, according to Beilein, how does Michigan get through this stretch?

“You stay the course, stay persistent, try to stay as positive as you can while you’re still instructing and demanding certain values in the game. You just let the process work itself out. That’s what we’re doing every day. There’s no quick fix.”

“That shows the potential we do have,” he said. “We definitely have to tap back into that. The beginning of the Big Ten has been very humbling to our team. … Defense wins games and we’re learning that with a 1-3 start. We’re going to try to have a different mindset and a different team showing tomorrow afternoon.”

If the Wolverines can deliver on that, Beilein thinks it will go a long way. “One win would make a huge difference right now,” he said. “You’re only as good as your last game, forever.”

After Illinois took it to Michigan on Wednesday night, Illini senior center Maverick Morgan told the media: “They are more of a white-collar team traditionally and at Illinois we’re about toughness and together. Not that they’re not but we kind of pride ourselves on defense and that’s something we’ve been working to get better at.”

Although no Wolverines were present at the time of the comment, social media ensured they were aware of it.

“I was always taught not to have bulletin board material,” Irvin said when asked about Morgan’s comment. “That’s something that can be put on a bulletin board. We definitely don’t want to be called a white-collar team. There are definitely adjustments we need to make to be a better team. We’re trying to focus on Nebraska but we will see Illinois again and we’re looking forward to it.”

Any negativity that is surrounding the program right now is noticed by the players through social media. “I get tweets from people telling me this and that, thinking they know what they’re talking about,” Irvin said, chalking it up to part of the territory for a Big Ten basketball player. “Sometimes you have to sit back and laugh at it.”