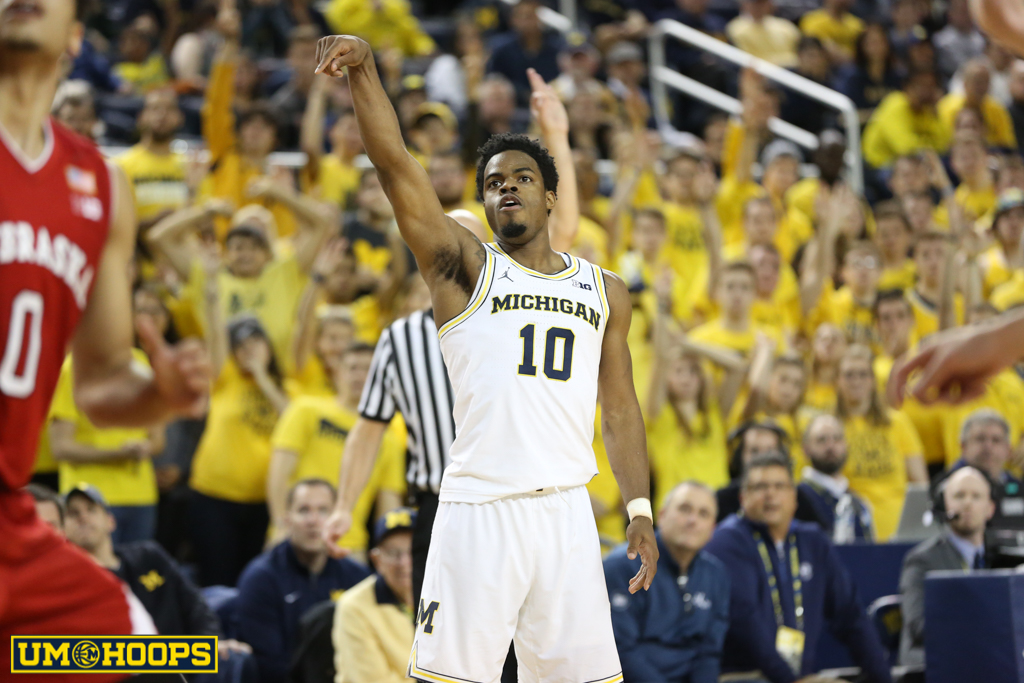 Michigan, eager for its rematch with Illinois, is hoping to have better late-game execution going forward.

Michigan has had several close losses this season, games that still hung in the balance in the final minutes (Virginia Tech, Iowa, Maryland, Wisconsin). Even the South Carolina and UCLA losses were not determined at the start of the “fourth quarter.”

More often than not, when it’s “winning time” (John Beilein’s words), Michigan has not executed. A handful of plays on either end of the floor—usually on the defensive side—have made the difference.

“Every game that you lose, a coach is going to be able to go over the video tape and find 25 things that you can do better,” Beilein said on Friday. “Can you box out on a free throw? If you are in help defense is your guy a shooter or not? Those are things that we can control.”

It’s not hard for an outsider to see these plays in the flow of a game. John Beilein rattled off a number of examples from Zak Irvin driving into three Badgers late in Tuesday’s loss to Wisconsin or Michigan committing a rash of handcheck fouls off the ball early in the second half.

Beilein is hoping for an “outlier,” someone who elevates his game and turns would-be losses into wins. Zak Irvin or Derrick Walton are obvious candidates. Both have been getting extra practice reps lately focusing on decision making and late-game execution. They know the offense better than some their younger teammates and Beilein doesn’t want them playing real games with tired legs, but they’ve been drilling situations where the defense is told to overplay, taking away one option but allowing something else.

The team has played four-minute games at practice to emphasize late-game decision-making, drills that should help first-year starters Moritz Wagner and DJ Wilson especially — two guys that haven’t had many opportunities in ‘winning time’ before this year.

Beilein is certainly tired of seeing repeated mistakes. Asked if there will come a time when players will simply get benched, he said, “Time will tell. The frustration is there, whether it’s with players themselves or with me.”

Just 10 days removed from the lopsided defeat at Illinois, Michigan will face the Fighting Illini again. It’s unlikely that Illinois senior center Maverick Morgan has any idea that his post-game “white collar” comment has become such a big deal with the Wolverines.

Beilein doesn’t think “white collar” should be an insult. The players felt differently; the comment was the impetus for a players-only meeting last week.

Walton thinks the Wolverines are misinterpreted. “I think we do things the right way, but then again we do play the game with an edge. That doesn’t make us any different than anybody else. (Others get) confused with the way we carry ourselves off the court.”

In other words, this is a group of good-natured, relatively quiet kids. That doesn’t mean they can’t be tough on the court, although Beilein himself has said often this team needs to find more grit.

Walton and DJ Wilson, who met with the media Friday, weren’t as animated when talking about Morgan’s comments, but there will be some extra incentive to play hard against him tomorrow.

“Whenever somebody questions your manhood, it’s only right you stand up and prove them wrong,” Walton said.

Walton, by the way, said he is feeling fine. His back was causing him the most soreness after a physical game against Wisconsin. He was wearing a heating pad before practice, but Beilein expected him to be a full participant today.

Freshman center Austin Davis will not play tomorrow, or any time this season, as he is redshirting. But his name came up in Beilein’s press conference. When talking about who the “outlier” might be for Michigan the rest of the season, Beilein said, “I think time will tell whether we should have ever entertained the redshirt with Austin Davis. He’s really, really played well in practice.”

The top-200 recruit has been lauded earlier in the season for his good hands and  impressive shot-blocking at practice. The 6’10” center was still learning defensive concepts since he hardly played man-to-man defense in high school.