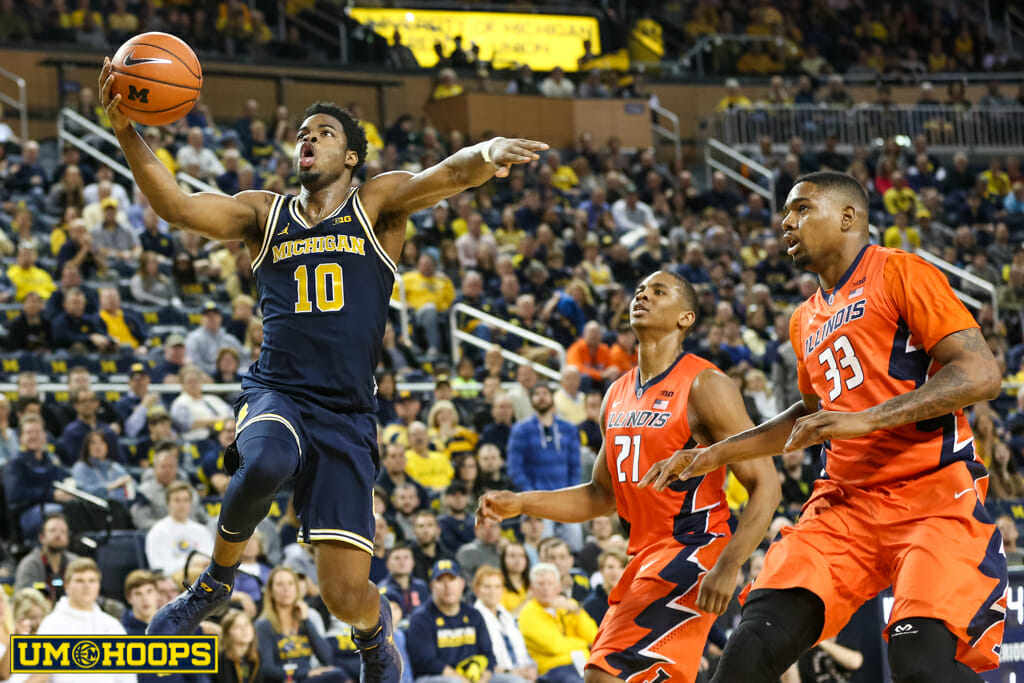 This week’s Big Ten Power Rankings breaks down the best catch-and-shoot players in the conference and takes a closer look at Northwestern.

A few teams are starting to emerge at the top of the conference, but what comes next?

Bronson Koenig seems to be out of sight out of mind as his frontcourt teammates grab the attention this season, but the senior ‘point’ guard just keeps hitting big shots. He shot the Badgers to a pair of critical wins last week, knocking off Michigan and Minnesota.

This quick clip of four critical three-pointers demonstrates two reasons why guarding Wisconsin is so difficult. Two of the shots showcase that Greg Gard has some very nice plays drawn up to get Koenig open shots. The other two show just how dangerous it can be to fall asleep for one second off of a rebound or by helping off of Koenig in unsettled situations.

I think there’s an argument to be made for Purdue to own the No. 1 spot in this week’s rankings, but the extra loss is the difference. The Boilermakers have the best efficiency margin in the league and beat Wisconsin, but need to figure out how to make up a couple of lackluster losses.

The worst part is that Purdue and Wisconsin only play once this season, a game that the Boilers won at home. Four of Purdue’s next five games are on the road (Michigan State, Nebraska, Maryland and Indiana) so we’ll find out if the Boilermakers are a legitimate Big Ten title threat or not.

Maryland has seemed to fly under the radar despite boasting a 17-2 record. I get that the Terps weren’t that impressive in the non-conference and they won a handful of close games, thus the lower KenPom ranking, but at a certain points wins are wins.

The three-point shot has been a huge weapon for the Terps in league play. They appeared to be an average shooting team in non-conference games, making just 33.9% of their long range efforts, but those numbers have jumped to 41.6% in league play.

Let’s just come out and say it: Northwestern looks like an NCAA Tournament team. In a league that has so often been described as 1 or 2 teams and everyone else, the Wildcats have made one of the best arguments to be included in a second tier.

Outscoring opponents by .11 points per possession in league play is impressive, winning four conference road games is impressive — this team is impressive. There are plenty of teams in the conference that are good on one end of the floor or the other, but Northwestern is one of the four that can score and defend.

OG Anunoby is out for the season and Juwan Morgan has missed the last week, but Indiana is still rounding into form. This is the best offense in the conference and that’s enough to put pressure on just about anyone in the league. How many teams have the offensive firepower to keep up with the Hoosiers? Very few.

Thursday’s game at Michigan matches them up with one of the teams that does have the firepower, but also another team that hasn’t played much defense this year.

At this point, it’s hard to distinguish between what Michigan State is and what it should and could still be. The freshmen are the future, but can they be the present?

Cassius Winston is the best setup man in the league, but turnovers and defense have plagued his consistency. Miles Bridges might be the first Big Ten player to hear his name at the NBA Draft, but Michigan State is still trying to figure out how to run more offense through him. Nick Ward has been dominant on the low block, but while he’s leading the country in fouls drawn per 40 he’s also making only 55% of his free throws.

The potential is all there, but Tom Izzo just needs it to come together at the right time. Now would be a good time as the Spartans have dropped 3 of 4 and have a pair of critical home games coming up this week against Purdue and Michigan.

Minnesota’s promising non-conference start has fizzled a bit and the culprit has been offensive regression. The Gophers are scoring just .97 points per possession in league play, third-worst in the conference. Despite playing the second-toughest schedule in the Big Ten to date, per KenPom, the Gophers have played their opponents to a virtual dead heat through seven games: scoring 486 points and allowing 486 points.

Derrick Walton remains one of the most difficult players to figure out in the Big Ten. What do you do when your point guard is your best catch-and-shoot player and also an elite rebounder? Walton’s ability to create offense in the half court, and to finish around the basket, has been an issue for the Wolverines, but he’s still giving them quite a bit — especially in wins.

Here’s a look at the top catch-and-shoot players in the Big Ten this season (all games). Walton leads the way in terms of efficiency among players with at least 70 catch-and-shoot shot attempts.

Nebraska was living on the edge early on in conference play, winning close game after close game. The problem with close games is that they can go either way. The Huskers have discovered the other side of that phenomenon in their recent four-game losing streak. The last two losses, on the road at Ohio State and Rutgers, both came down to the final possession.

Playing against Penn State just isn’t fun. Even in what appeared to be a blowout loss against Indiana, the Nittany Lions came all the way back and forced a James Blackmon Jr. winner.

The Nittany Lions have the league’s best defense a third of the way through the season — after never ranking better than 7th in that statistic under Pat Chambers. They can’t score and have the second-worst offense in the league, but they are going to scrap and fight for every inch and make you earn a win.

The Buckeyes haven’t been far off, but sooner or later the losses pile up to the point where it’s hard to come back. Ohio State has played the league’s most difficult schedule to this point, but where is it going to make up wins?

The Hawkeyes have proven they are a tough out at home with wins over Michigan, Purdue and Rutgers and the upcoming stretch of schedule should be interesting. Iowa’s next 8 games are against teams that reside somewhere in the middle of the conference and that should let us know how they stack up.

This feels like a make or break couple of weeks coming up for the Illini (2-5). The Illini have been better at home and play three of their next four games at the State Farm Center — vs. Iowa, Wisconsin and Minnesota — and they need to start turning in some wins.

The Scarlet Knights picked up their first conference win of the season before the league’s midway point and it felt deserved. Rutgers has been terrible offensively and is the worst shooting team in the league, but it is clear that Steve Pikiell has made an impact. This group gets after it on the offensive glass — grabbing 35.4% of its Big Ten misses — and has been solid defensively.