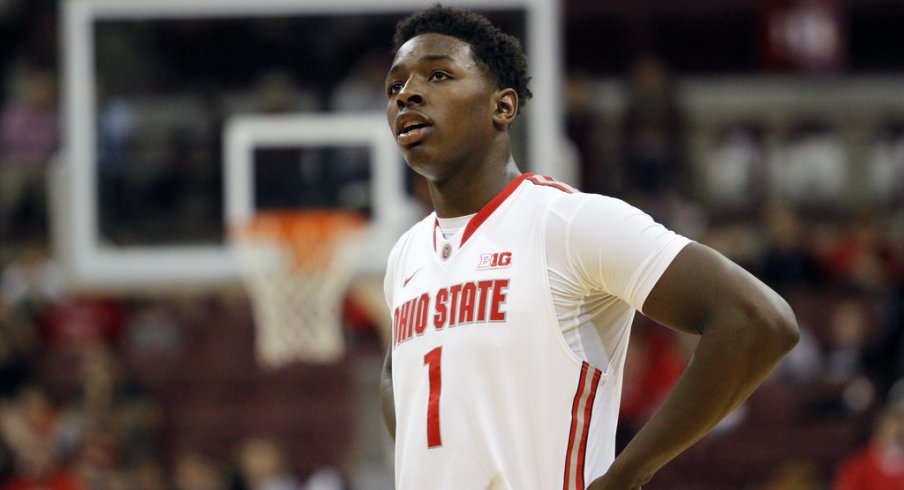 Michigan hosts Ohio State on Saturday night for a ‘maize out’ at the Crisler Center. The Buckeyes have been struggling and the Wolverines need a win to even their conference record at .500.

Michigan will be looking to even its conference record at .500 and protect home court as it welcomes the Ohio State Buckeyes to the Crisler Center for the first time since 2015.

Thad Matta’s team has has struggled to a 3-7 conference record and hasn’t quite figured things out. The Buckeyes opened the conference schedule with a 4 game losing streak and have also dropped 3 of their last 4. There aren’t many bad losses on the resume (other than Florida Atlantic back in December), but Ohio State hasn’t been able to string together any consistency either.

Ohio State returned the majority of last year’s team, which finished 11-7 in the league and made the NIT,  but it just hasn’t been able to gel this season. Losing Keita Bates-Diop to a season-ending injury didn’t help, but this is a roster that has talent and just hasn’t manifested itself into wins.

The Buckeyes aren’t a great shooting team, ranked 8th in the Big Ten with a 49.7 eFG%. They attempt just under a third of their shots from three-point range and knock them down at a 36% (8th) clip while making 47.6% of their twos (8th). For the second year in a row, Ohio State has faced some turnover woes despite ranking comfortably in the top-100 nationally in turnover rate for the previous 6 seasons. Many of those giveaways appear to be unforced as well, as the Buckeyes are ranked 7th in the league in turnover rate but first in offensive steal percentage.  Ohio State rebounds only 29% of its missed shots in league play (9th), but does a good job of getting to the free throw line with a 34.1% free throw rate (FTA/FGA) which ranks 4th in the conference.

The Ohio State defense has only been a couple points per 100 possessions better than Michigan’s defense in league play. Conference opponents are shooting 48.7% on twos (8th) and 37.3% on threes (9th) for a 51.4 eFG% (9th) against Ohio State.  Beyond shooting, Ohio State ranks 10th or worse in the other three defensive factors: 13th in forced turnover rate, 12th in defensive rebounding rate and 10th in free throw rate. The Buckeyes gave up double-digit three-pointers and allowed 1.2 points per possession or worse in their last two games against Maryland and Iowa.

Do-it-all junior Jae’Sean Tate leads the Buckeyes in scoring and he’s a downhill player who finds ways to attack the basket. He makes 60% of his twos and just 19% of his threes (5-of-27 on the year) and does a good job of getting to the free throw line. He has a great motor and will get involved on the glass, but he isn’t much of a threat to score outside of 5 or 6 feet from the basket. Despite standing just 6-foot-5, Tate will see some time at the ‘five’ for Ohio State where he can create some interesting mismatches.

Point guard JaQuan Lyle is Ohio State’s No. 2 scorer, averaging 12 points and five assists per game, but he only played 8 minutes in the second half earlier this week in a loss to Maryland. Turnovers have been a problem for Lyle and beat writers were quick to point out how well the Buckeyes played with him on the bench, but he’s still one of the more talented players on the roster. Lyle is a consistent three-point shooter (19-of-38 in Big Ten games), a solid distributor and he has the ability to get to the rim with his 6-foot-5, 210 pound frame.

Junior college transfer CJ Jackson is the alternative option at the one and he got the nod late against Maryland. Jackson is a solid setup man and he values the basketball, but he’s not quite the scoring threat that Lyle provides. Jackson has made just 6-of-25 threes in Big Ten play and 22% for the year and he’s shooting 42% inside the arc.

Marc Loving has a smooth, easy-going nature to his game and is a versatile scorer at multiple levels. Loving is one of those Big Ten seniors that feels like he’s been around for ever and has scored a bunch of points, but never quite took that next step — sort of in the same mold as Zak Irvin and Malcolm Hill. Loving is shooting 44% from deep in Big Ten games, but he’s been less consistent when he tries to create something inside the arc. He’s making just 37% of his Big Ten twos and doesn’t get to the free throw line very often.

6-foot-9 freshman Micah Potter started the last game at the five and forced Trevor Thompson to the bench, expect the duo to split minutes at the five while providing very different skill-sets. Potter is a 6-foot-9, 240 pound freshman who attempts as many threes as twos. He’s a 39% three-point threat and has to be respected in pick-and-pop action. Thompson is a traditional big man that provides a dominant rebounding presence on both ends of the floor and is a reliable rim protector. He’s also shooting just 48% on his two-point attempts in big Ten play.

6-foot-6 Andre Wesson has seen an increased role of late, averaging 18 minutes per game.He plays a limited role offensively, but he’s hit a three in three of the last four games.

Michigan only has four more home games this season and none are more winnable than this one. KenPom gives the Wolverines a 75% chance at victory, projecting a 74-66 win. Michigan needs this one (and the next one) and then it’s time to go hunting on the road for quality victories.