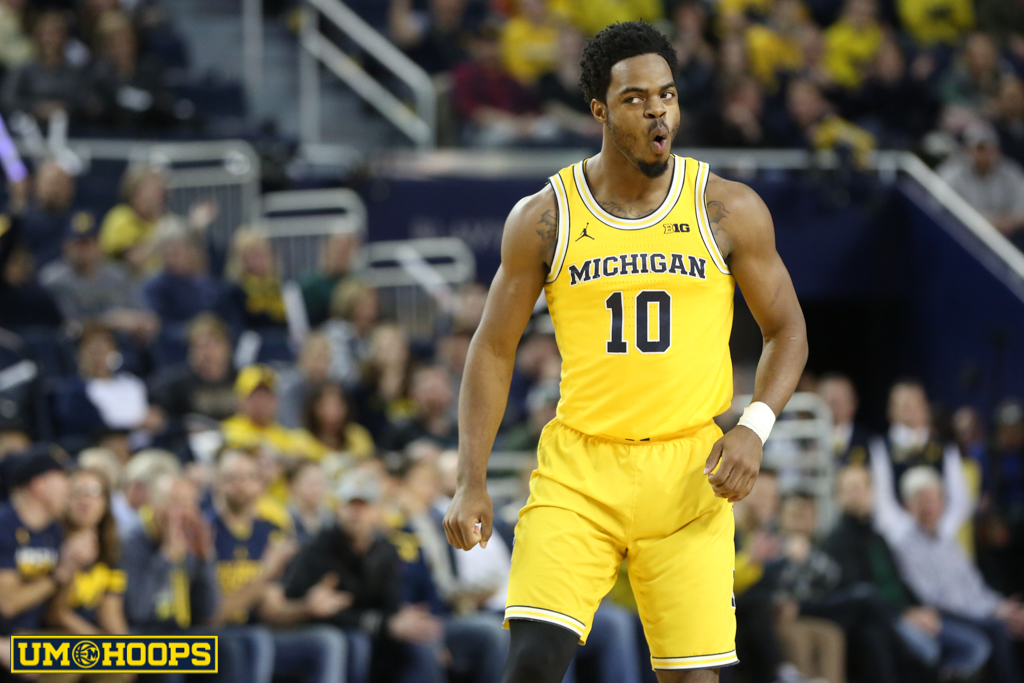 Michigan trounced Michigan State on Tuesday night, picking up a much-needed win over its in-state rivals.

It’s hard to play a perfect basketball game, but Michigan has now come close to doing just that in two of its last four games. Unfortunately the two games sandwiched in between were about as frustrating as the wins were impressive.

Playing in what could be the last game of his career against the Spartans, Derrick Walton — the only Michigan native in the Wolverine rotation — played one of the best games of his career with 20 points, 8 assists and five rebounds. He was excellent in East Lansing, but this time he finished the job by halftime.

Walton made big shot after big shot and when he needed a blow, true freshman Xavier Simpson checked in and played the best game of his career. The Wolverine point guards were the difference and they held Michigan State’s point guards to as many points (6) as turnovers (6) on just 2-of-9 shooting.

The barometer for whether Michigan’s offense is clicking is 2-point shooting percentage. The Wolverines don’t attempt many twos, but the ones that they take are usually easy baskets. Those easy twos were missing on Saturday, but they kept on flowing against the Spartans. Back cuts, transition layups, pick-and-roll drop offs, point guards driving to the rim — it was all there as the Wolverines went 22-of-32 inside the arc (69%).

Hot three-point shooting (10-of-21) helped open up the Spartan defense, but the early aggressiveness seemed to be contagious as the lead grew. Not much else mattered with Michigan making so many shots, but the low turnovers were nice to see after there had been a spike in silly giveaways in 3 of the last 4 games.

Michigan State turned the ball over on almost a third of its possessions and yes there were some ugly ones, but it was clear from early on that the Spartans weren’t comfortable against the U-M defense. Michigan’s help was active and aggressive, causing deflections, and it forced 4 shot clock violations — a sign of great defense. The Wolverines drew several offensive fouls, held their own on the defensive glass and did a great job of being prepared for Michigan State’s set actions.

The peripheral stats in this one are particularly telling: 34-34 points in the paint, 30-7 points off turnovers (30 points off of turnovers was the most in a Michigan game in 5 years), 22-16 points off the bench.

The NCAA Tournament situation hasn’t changed much for this group. Whether they are in, out, or directly on the bubble at any given time over the next month is moot, they just need to wing games — at least four and potentially five. If they manage that, they’ll find themselves in the NCAA Tournament.

Five of the final seven games are away from home and the two home games are against the league’s best teams. That’s no easy task, but if Michigan has proven it has the ceiling — now it needs to bring that effort a few more times.