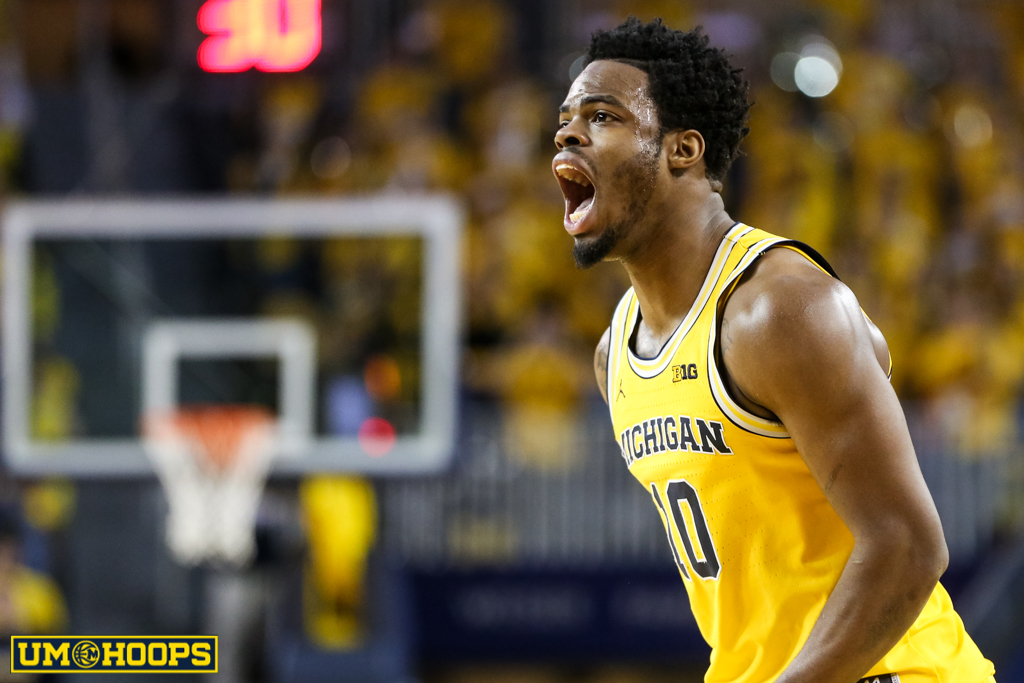 Who is the Big Ten’s leading scorer from the right elbow? At the rim? From the left corner? We’ve got your answers with some help from Krossover. Here’s a breakdown of the Big Ten’s best scorer from every spot on the floor.

Who is the Big Ten’s leading scorer from the right elbow? At the rim? From the left corner? We’ve got your answers with some help from Krossover. Here’s a breakdown of the Big Ten’s best scorer from every spot on the floor.

All of these numbers are normalized to per-game averages and include conference games only. Click on tables to enlarge.

This is where the Big Ten’s Player of the Year candidates hang out every night and Ethan Happ is the cream of the crop. Happ scores 12 points per game on field goal attempts within five feet of the basket and he makes 54% of those attempts. That’s a fairly average percentage, but his volume is ridiculously impressive. He’s taking almost 3 shots per game more right around the basket than anyone else in the conference.

The major difference between Happ and Swanigan, who both make 54% of their shots at the rim, is that Swanigan has a more diverse game beyond that. Here’s a comparison of both players’ Big Ten shot charts.

One player in the top-five who deserves some extra attention is Nebraska guard Tai Webster. He gets to the rim as often as many of the conference’s notable post players and it takes a certain kind of edge to be able to penetrate among the trees that often as a guard.

Illinois big men Leron Black and Maverick Morgan both love the baseline jumper. Morgan from the right side of the floor and Black from the left. That shot hasn’t earned John Groce much as the Illini have the 3rd worst offense in the league.

There are also a handful of talented guards on this list — Webster, Sanders, Mason and WAtson — all of whom have established the baseline floater as part of their games.

Bryant McIntosh put on a clinic in mid-range jumpshooting during Northwestern’s monumental win at Wisconsin over the weekend. Looking back on it, we shouldn’t have been surprised. Year in and year out, the Badgers force as many mid-range jumpers as anyone in the Big Ten and McIntosh is the conference’s leading scorer from both elbows.

Here’s a look at the junior guard in action from the weekend.

The corner three-point shooting leaderboards are filled with specialists and just about everyone on this list has a favorite side of the floor. There’s only player who puts up a high volume of attempts from both corners — Wisconsin’s Bronson Koenig — and some like Minnesota’s Akeem Springs haven’t even made a three from the the other corner.

Springs, a transfer from Milwaukee, is a career 34% three-point shooter, but he’s up to 41% this year and he loves the left corner of the floor. With Amir Coffey and Nate Mason consistently getting two-feet in the paint and drawing the defense, the corner looks should be open all year.

The name at the top of right corner list caught me by surprise: Muhammad-Ali Abdur-Rahkman. He’s quietly turned into a very consistent three-point shooting threat in Big Ten play, knocking in 52% of his threes. From the right corner? He’s an impressive 7-of-9.

Above the break three-point shooters are usually the most dynamic shooting threats in the conference. While corner threes are almost always off the catch, shots from the wings are also off the bounce. Good catch-and-shoot players are valuable, good three-point shooters off the dribble are elite.