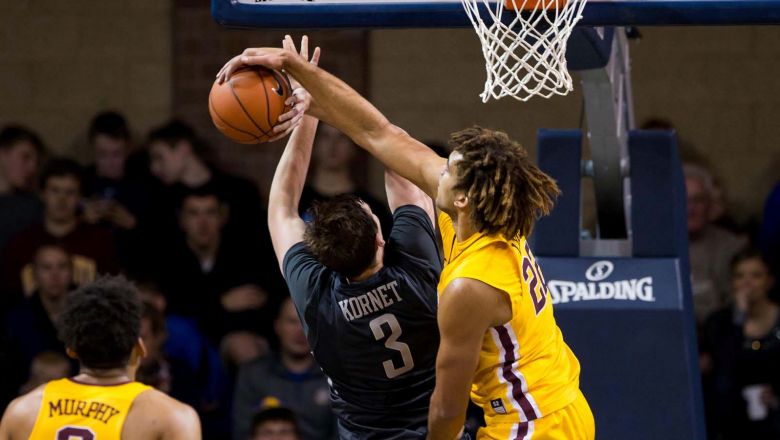 Michigan hits the road to face Minnesota in search of its fourth consecutive victory.

After an odd mid-season stretch that had Michigan play 4 teams twice in just over a month, the Wolverines play their first of four straight games in late February against Big Ten teams that they haven’t yet faced.

Michigan’s road struggles this year have been well documented — 1 win in 7 tries — but a trip to Minneapolis provides plenty of opportunity for a suddenly surging group. John Beilein has a 6-1 record at The Barn during his time at Michigan, more wins than at any other Big Ten road venue, and his team is playing its best basketball of the season.

Minnesota also appears to be rounding into form. The Golden Gophers bounced back from a 5-game losing streak in January to string together four straight victories. Both teams would probably in the NCAA Tournament if it were to start today, but also need to bolster their resumes over the final three weeks of the regular season.

Minnesota is the tallest team in the Big Ten according to KenPom’s average height metric (although you might not expect it, the Wolverines are No. 2 in that same statistic) and that length has paid dividends defensively. The Gophers block more shots than anyone in the Big Ten, blocking 16.7% of their Big Ten opponents’ two-point shot attempts, and have the No. 3 eFG% defense in the league.

For the season, Minnesota is ranked 21st nationally in 2-point defense and 9th nationally in 3-point defense, but it hasn’t been nearly as impressive inside the arc defensively against Big Ten opponents. In league play, they’ve allowed 45.8% two-point shooting (7th) and 31.7% 3-point shooting (1st) for a 46.3 eFG% (3rd). They don’t only force a low percentage on three-point attempts, do a good job of preventing them as Gopher opponents to attempt only 30.7% of their shots from distance.

Offensively, Minnesota’s lack of shooting ability jumps off the page. The Gophers are shooting just 44.8% on twos (13th in the Big Ten) and 34.3% (9th) on threes for a 46.8 eFG% (13th). They rarely shoot the three (just 29.3% of field goal attempts) and haven’t been great on the offensive glass (9th). On the other hand, they value the basketball — turning it over on just 15.9% of offensive possessions (3rd) — and get to the free throw line often.

Expect a heavy dose of high pick-and-roll — Minnesota ranks 5th in the conference with 28.2% of their offensive possessions as ball screens — along with a fairly aggressive transition offense to make up for an otherwise average halfcourt attack.

Junior point guard Nate Mason is lightning quick and great in the ball screen game. His efficiency numbers aren’t great because of his affinity for the mid-range pull-up jumper, but he’s very capable of getting in the lane. Mason is shooting 37% on twos and 33% on threes in Big Ten play, but ranks 4th in the league in assist rate. In last year’s two head-to-head games, Mason and Michigan point guard Derrick Walton had huge games and averaged over 20 points per game.

6-foot-8, 195 pound freshman Amir Coffey already has a spot reserved on the Big Ten All-Freshman team. He’s been a difference maker for the Gophers and is a multi-dimensional efficient wing. He shoots 51% on twos, 43% on threes while getting to the free throw line and distributing the ball.

There’s only so many ways to describe how versatile Coffey can be, but his list of player comps on KenPom for his freshman season are telling. The list includes: Evan Turner, DeAndre Bembry, Greivis Vasquez and Robbie Hummel. Safe to say that those guys all turned out okay.

6-foot-4 wing guard Akeem Springs gave LaVall Jordan a meeting, but left Milwaukee as a graduate transfer. He’s the designated three-point shooter on the Minnesota roster. He’s made 38.7% of his Big Ten threes and about two-thirds of his shot attempts are from deep and he loves shooting from the left corner of the floor.

6-foot-6, 240 pound sophomore Jordan Murphy will be a load for DJ Wilson to handle. Just about everything Murphy does come around the basket whether he’s posting up, facing up or getting second chances on the offensive glass. His jumpshot isn’t much of a threat, but he’ll try to overpower whoever is guarding him. He gets to the free throw line as often as anyone in the league, but only shoots 57% at the stripe.

Illinois State transfer Reggie Lynch is the best shot blocker in the country and a horse on both backboards. Lynch is whistled for 6.1 fouls per 40 minutes, so the Wolverines best chance to deal with him might be to get him on the bench in foul trouble. The other option for Michigan is to pull him away from the basket and see how Wagner dose against him on pick-and-pop and face up opportunities around the three-point line.

Beyond Lynch, the Gophers have a couple of other quality shot blockers off the bench in 6-foot-9 freshman Eric Curry and 6-foot-11 junior Bakary Konate.

Dupree McBrayer is really the only perimeter player to come off of the bench and he averages starters minutes. He can pass and get to the rim, moving between the different guard spots, but hasn’t been all that efficient. He’s shooting 40% on twos and 28% on threes in Big Ten play and is a guy that you can sag off of as he takes about 3 times as many twos as threes.

Every year Michigan travels to Minneapolis to face what feels like a size, length and athleticism mismatch on paper, but generally the results have been favorable for the Wolverines. This is the best Minnesota team that w’eve seen for a few years, but KenPom still gives the Wolverines a 43% chance at the road upset and projects a 68-66 Gopher win.