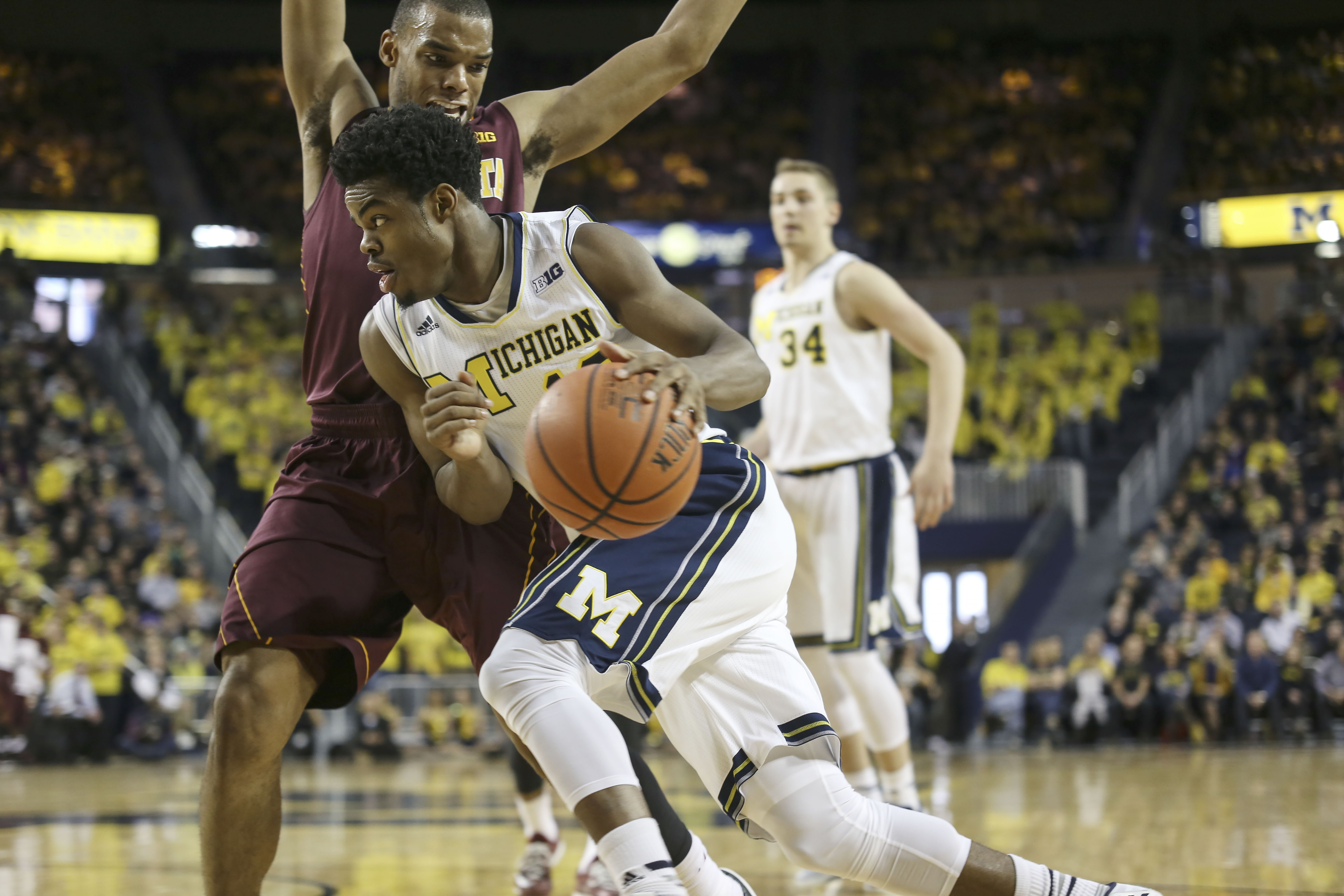 John Beilein does not care what other coaches think about Michigan’s defense.

John Beilein participated in a conference call with the media today, before Michigan travels to Minnesota to face the Gophers on Sunday night. Here is what he had to say.

“We’re going to practice today and take off. 6:00 game, Sunday night, first time we’ve had one of these in over a year, so it’s a little bit different. We’ve had a day to learn from our Wisconsin game and watch Minnesota. Rested a lot of guys yesterday because this is that (stretch of) four games in 10 days. We’ll have a regular practice just like we will before any game tomorrow. … Playing another top-25 RPI team. another opportunity for us to continue to show that we’re good enough to play with all the best teams in the country.”

“I mentioned it to them yesterday, but I referenced that last time I said that, all the sudden—for some reason, they think getting their shot blocked is the worst things that can ever happen to you. They get very shy about it. It’s not going to be the end of your life if you get your shot blocked. You’ve got to go up strong, got to use shot fakes, you can’t be weak going to the rim was my message.”

What makes Minnesota so good defensively?

“Any time you’ve got erasers. For example, if we could get four more stops per game, our defensive field goal percentage goes from 47 to 42, just like that. When they have three or four more blocked shots than other teams do, there is it right there—all the sudden that ups their numbers. I think in this era of the bigger (no charge) circle under the basket, shot blockers are going to be really important going forward. Whether you’re what we call playing volleyball—going up straight inside the arc and making people go over you—or whether you’re actually able to get your hands on the basketball.

“The second thing would be quickness, particularly on the perimeter. They’ve got great quickness everywhere and that helps them stay in front of people at every position.”

“(Laughing) I really don’t care one thing about that. All I care about: Are we winning games? Isn’t that what it gets down to: How many points are they getting and how many points are we getting? However you get there. … Good defense can be done a lot of different ways. It can be through good offense sometimes, as far as not turning the ball over and allowing run-outs. Other coaches weighing in on how good our defense was is not an issue for us at all. And we’re not looking for respect, we’re just looking to be better defensively.”

What have you learned about handling day-to-day of coaching a team on the NCAA Tournament bubble?

“We’re used to it (from here and West Virginia). It’s not much different. I do present what’s in front of them. … ‘You’re in position to be in position.’ In order to get there, you’ve got to keep winning. … Any projection on who’s in, what seeding, has a lot to do with what goes in on these last five games with everybody across the country.”
…
“This has gone from a Super Bowl mentality every game to, now, the last-game-you’ll-ever-play type of mentality. You don’t know how this game is defined when your season ends. ‘If this was the last game and I was playing for it all, what would my enthusiasm be like? What would my effort be like?’ It’s turned away from ‘this is a big game’ to ‘this is the biggest game,’ and you try to do it every single team. And our kids have been really good at understanding that.”

On DJ Wilson and Moritz Wagner:

“They’re trending that way (towards being what I envisioned them to be). I don’t think they’re even close to where they’re going to be. Both of them, physically, have an entirely different package that will open up to them once they get stronger, they embrace their new bodies.”

“I don’t even like the turn-around fade. It goes back to not using your length and using your finesse. That should be the last resort. Everything he shot in his first two years was the turnaround fade. We’re trying to get away from that. If he does that on occasion, it’s got to be the last thing he does. We want him shooting closer to the basket, using his length, using his new strength.”

“It is going to be extremely challenging from a standpoint of just staying in front of them. We’ve played some really good guards this year. … (Akeem) Springs has been really been big for them. Adding (Amir) Coffey has been big. Nate Mason has got some Trey Burke in him. He can rise up off the screen and hit a midrange. If you step back, he’s going to hit you with a long one. And he can take it to the basket and finish or find people with touch. He’s really evolved now over these two years to become one of the premier point guards. With Coffey being one of those very few impact freshmen in the league, and Springs—just having a fifth-year guy has been a huge difference for them. In the middle, having a shot blocker has been a game changer for them as well with Lynch; he’s really elite in that category.”

Who does Coffey remind you of?

Is improved three-point defense due to regression to the mean or improved technique?

“…If people are only shooting 15 (threes), two makes change everything. It’s back to a mean—guys were banking in shots, guys that never made threes just happened to do it. It’s almost like foul-shooting defense for a team: Sometimes they make it, sometimes they don’t. But I do think our guys understand a lot more about when to give help, when not to give help. We grew in somewhat new areas of our slides—we didn’t have that sense of urgency you need to do that. We were eliminating some threes, but we were really making some mistakes. We’re trying to run people off the line more. It’s come back to where it needs to be. We keep a five-game stat as well as our conference stat and you can see it’s going in the right direction. This will be important as well in this game. You can’t give guys open shots in this game. They have some shooters too.”