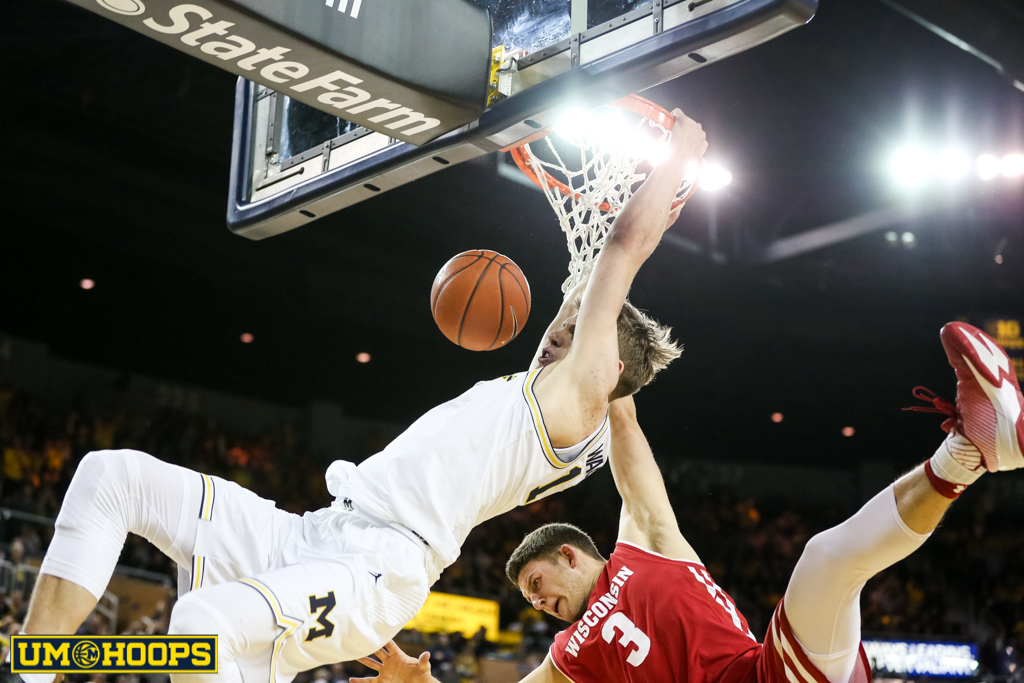 The second edition of Bracket Watch follows Michigan’s rise in bracket projections this week while also tracking the Big Ten, which features several jostling at the top, a couple mid-tier teams safely in, and a few more still on the bubble.

While Michigan’s recent stretch of hot play — and an impressive three-game winning streak over Michigan State, Indiana and Wisconsin — came to somewhat of an end Sunday night at The Barn, the loss didn’t hurt Wolverines’ NCAA Tournament chances.

In fact, Michigan (7-7 Big Ten, 17-10 overall) actually improved its projected seed on nearly every bracket released over the past week based on the strength of a 64-58 home win last Thursday against the 16th-ranked Badgers, giving it a split on the week. While the Wolverines remain on the bubble, they continue to inch closer toward the field. And yes, a road win over a team as highly-regarded as the Golden Gophers would definitely have boosted Michigan’s resume, but the Wolverines still have several remaining games on the schedule to move up (or down).

As things stand today, most bracketologists have the Wolverines projected as a 9-seed and they are in all 94 brackets on the Bracket Matrix.

A win over Minnesota would’ve helped the Wolverines immensely, immediately standing out as their best road win — easy to say considering there would be just two to compare. Despite some late DJ Wilson heroics, Michigan ended the week with a split that still moved it up the bracket projections, begging the question: just how much can the Wolverines improve their seeding?

Wins over Rutgers and Nebraska wouldn’t do much to improve Michigan’s tournament profile (even though both are on the road), but there are still two games that should be circled on the calendar: a home contest against Purdue on Feb. 25 and a road game at Northwestern on March 1. The Big Ten Tournament beckons, as well. If the season ended today, the Wolverines would be the No. 7 seed in the tournament facing No. 10 seed Penn State, with a rematch against Wisconsin waiting in the next round.

What do you think? Let your opinion be heard below in the comments section. How high of a seed do you think Michigan can earn? What would it take for the Wolverines down the stretch to reach this seed? And if you’re the pessimistic type, what would it take at this point for Michigan to be left out come Selection Sunday?