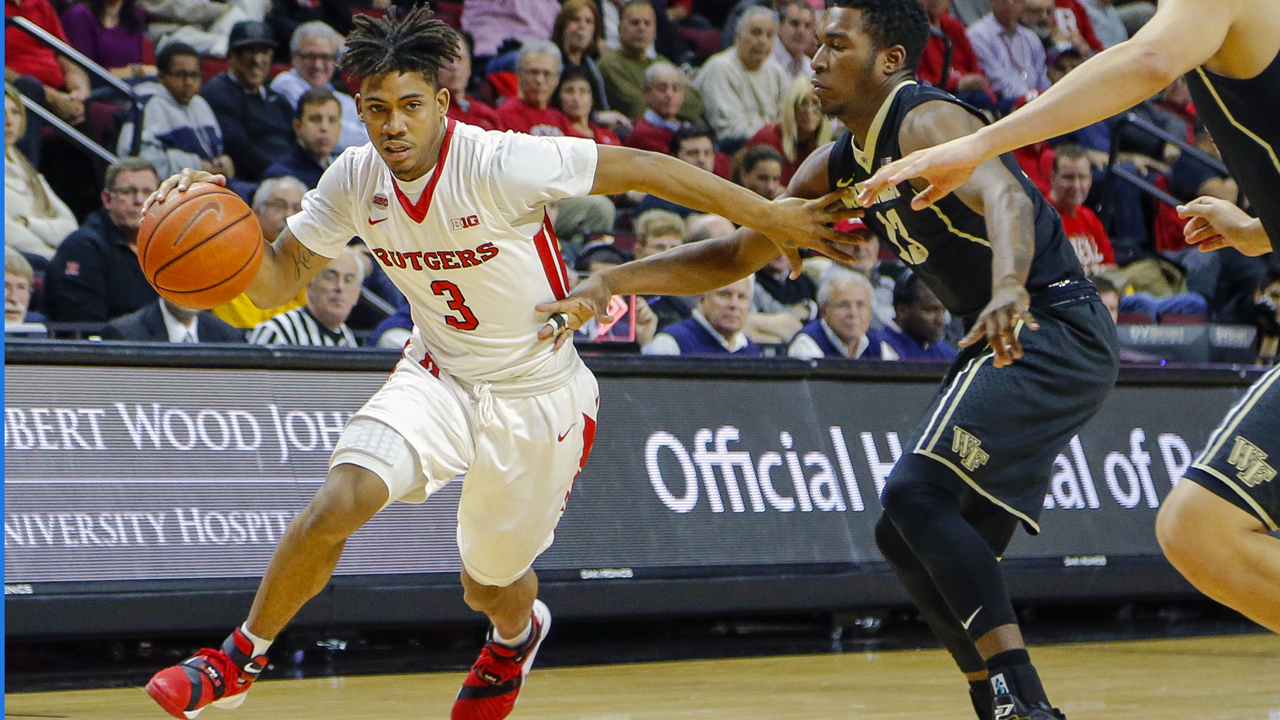 Michigan heads to New Jersey tonight to take on the Rutgers Scarlet Knights.

Michigan heads to New Jersey tonight to take on the Rutgers Scarlet Knights.

Rutgers has improved significantly under new head coach Steve Pikiell, but the only way to go was up after last year’s dismal performance. Ranked 279th nationally in KenPom last season, the Knights have risen to respectability at 127th nationally this year but are still just 2-13 in league play.

Michigan hits the road in search of its second road win of the season in a spot where a loss would be tough to weather. The Scarlet Knights are ranked just 153rd in the RPI and would be a big hit on the Wolverine resume.

Rutgers’ offensive profile is one of extremes. The Scarlet Knights are one of the worst shooting teams in the country, but also one of the best offensive rebounding teams. In Big Ten games, Rutgers has managed just a 41.3 eFG%, worst in the league, but also a 36.3 offensive rebounding percentage, best in the league. Despite missing more shots than anyone in the Big Ten, the Knights are able to rebound a higher percentage of those misses than anyone else.

There’s not much else to love from Rutgers on the offensive side of the ball. They get to the free throw line less than anyone in the conference and are third-worst in offensive turnover rate. The Scarlet Knights shoot just 40.8% inside the arc (14th) and 28.8% outside (14th) despite attempting a league-low 22.5% of their shot attempts from three-point range.

Rutgers has shown improvement defensively and checks in at 8th in the league at 1.04 points per possession allowed. Despite their offensive rebounding prowess, the Scarlet Knights are ranked just 12th in the conference in defensive rebounding rate. Big Ten opponents are shooting 50% on twos (11th) and 31.8% on threes (1st) for a 49.2 eFG% (7th). Several teams have had uncharacteristically cold games against the Knights including Wisconsin (3-of-25), Northwestern (3-of-20) and Indiana (4-of-22).

The other strength of the Rutgers defense is ability to force turnovers. Big Ten foes are giving the ball away on 19.5% (5th) of their possessions against Rutgers and they press on 9% of their defensive possessions.

No one in the Big Ten gets shots up quite like Corey Sanders. He attempts 31.7% of Rutgers’ shots while he’s on the floor, the highest rate in the Big Ten, but he shoots just 39.5% on twos and 33% on threes while attempting over 80% of his shots inside the arc. He’s a good passer, but he looks to score first and makes just 59% of his free throws. He’s also on a streak of 10 straight games with at least 3 turnovers.

6-foot-7 forward Deshawn Freeman is the best rebounder on the Rutgers roster. The sophomore can be turnover prone, but he’s great at getting to the free throw line and should pose an tough defensive test for DJ Wilson despite shooting just 48% on twos and 30% on threes (on just 10 attempts).

6-foot-1 guard Nigel Johnson has been locked in over the last two games. He averaged 19.5 points per game lat week and made 8 of 12 three-point attempts. For the conference season, he’s shooting just 31% on twos (run him off the line), but leads Rutgers at 36% on three-point attempts.

Mike Williams is the other shooting threat by volume, but the 6-foot-2 junior is shooting just 28% from long distance in Big Ten games.

Freshman wing Issa Thiam has moved into the starting lineup over the last few games. The freshman forward is wire thin at 6-foot-9, 190 pounds and might not be ready to make a big impact offensively, but his length could pose problems.

Graduate transfer CJ Gettys should give Michigan a good warm-up for facing Isaac Haas this weekend. Gettys is massive at 7-foot, 280 pounds and while he isn’t the most effective offensive player, he’s a load to deal with due to his sheer size on the boards. Another 7-footer, Shaquille Doorson, has been playing the majority of the reserve minutes at the five of late. It should be difficult for both Gettys and Doorson to contain Moritz Wagner’s mobility on the perimeter, but they also have the potential to overpower him on the other end of the floor.

KenPom projects a 68-62 Wolverine victory, giving Michigan a 70% chance at the road win. A late-season trip to Rutgers is a bit like patching a hole in the roof — it needs to be done and another road win will look good on the resume, but there’s far more to lose and you just want to get out of there and move on.