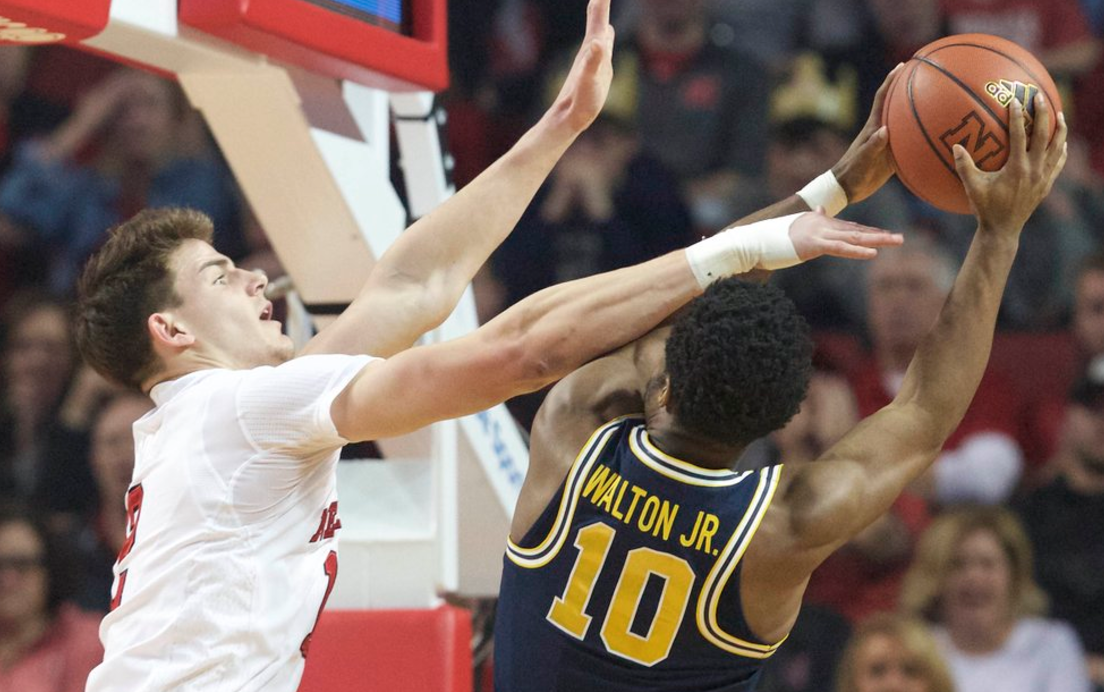 Michigan blew out Nebraska on Sunday night thanks to an 18 point, 16 assist and five steal performance by senior guard Derrick Walton.

Lincoln, Nebraska has been pretty kind to Derrick Walton over the years. He’s never lost a game against the Cornhuskers and scored the game-winning layup four years ago in the first Big Ten game of his career. Tonight, he played the last regular season game of his career and made it count with a record-setting performance and a blowout victory.

Walton dominated the game from the opening tip, leading his team to a 93-57 win, and set Michigan’s single-game assist record with 16 dimes. The 18 point, 16 rebound and 5 steal performance was just another notch in the belt for the senior point guard who has carried the Wolverines to the NCAA Tournament over the last month.

Michigan left no doubt as it handed yet another team its worst loss of the season with the 36-point win. The Wolverines have accomplished that feat against 7 teams this season (H/T: Mark Snyder), and as I wrote earlier this week, there’s a pretty good argument to be made that they have as much upside as anyone in the Big Ten.

Michigan might be tied for 5th place in the final standings and have to play as an 8-seed this week in Washington D.C., but it outscored its opponents by more points per possession than everyone in the league other than Purdue.

That final efficiency margin table is the best endorsement that there is of just how high this team’s ceiling is in the postseason.

It’s easy to be awed by Michigan’s eye-popping offensive efficiency, but we’ve seen that plenty of times before. Holding Nebraska to .88 points per possession on the road is impressive and it is even more impressive when you consider how terribly the Wolverines defended Nebraska in the first meeting.

Tai Webster and Glynn Watson combined for 40 points on 21-of-35 shooting in that January shootout. They had 13 points on 5-of-17 shooting on Sunday night. Michigan’s pick-and-roll coverage has improved exponentially since those early ugly moments and this performance illustrated that improvement as well as any game yet. The Wolverines hedged, recovered and helped in the ball screen game and lived in the passing lane all night, forcing giveaways on 25% of Nebraska’s possessions.

Easy stops and turnovers are like kerosene for Michigan’s offense. It’s hard enough to stop the Wolverines in the half court, if you give them too many transition opportunities it becomes almost impossible. The Wolverines shot 74% on twos and 52% on threes for a nearly flawless 75.9 eFG%. Most of Michigan’s shot attempts were threes (14-of-27) or layups and dunks (12-of-14) and that is a recipe for easy offense and a reminder that the point guard might be pretty good.

Beating one of the league’s worst teams in a game that means very little isn’t worth getting too excited about, but this was also a coveted road win that all but cemented Michigan’s NCAA Tournament spot. And the Wolverines won it with style to prove that they had bounced back from the disappointment in Evanston earlier this week.

Michigan will open the Big Ten Tournament against Illinois on Thursday at noon, which is a match-up that many might not have hoped for when there was at one time the potential for a two-day bye, but it is also one that Michigan should be able to handle.