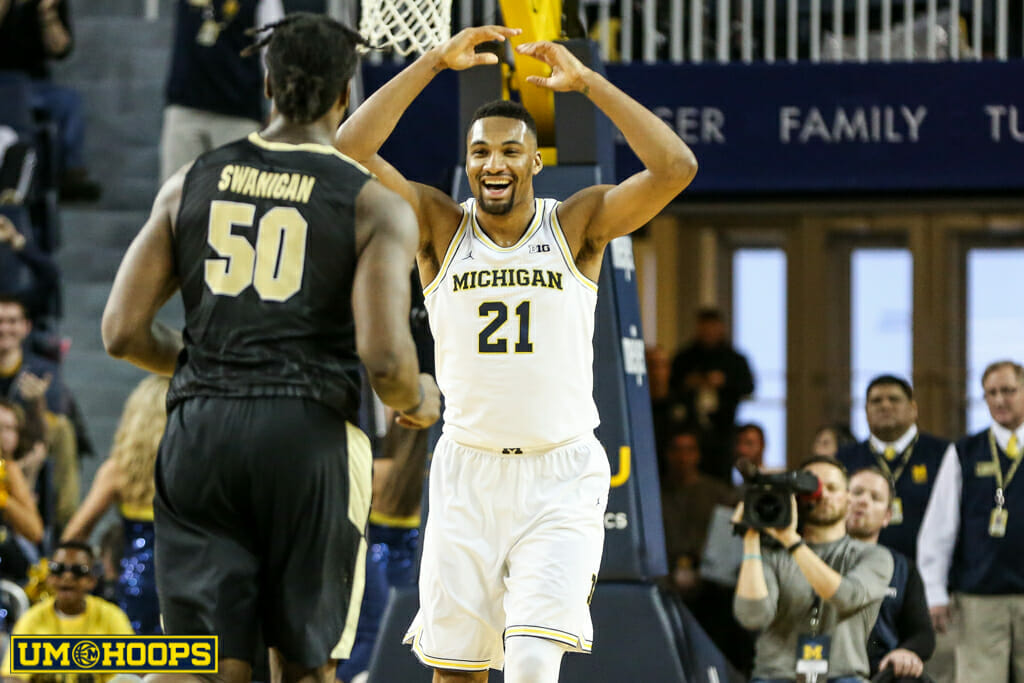 Michigan picked up the road win that it needed on Sunday night in Lincoln and appears to be comfortably in the NCAA Tournament field.

Entering this week, the belief here at UMHoops was that Michigan needed at least one more win to feel safe. The Wolverines nearly got it, too, on their first try, but Northwestern had something to say about that.

While the missed opportunity to pick up a big win on the road may have carried more weight had Michigan not picked up wins against Wisconsin or Purdue earlier in the second half of the season, the Wolverines did. That left them with a road game against Nebraska — a team which Michigan has not lost to since the Cornhuskers joined the Big Ten — and the Wolverines rebounded rather nicely, running Nebraska out of the gym thanks to a stellar performance from Derrick Walton Jr. and others.

The 93-57 blowout win should wrap things up for Michigan and take them off the bubble. All that’s left is the Big Ten Tournament, where a couple of chances to maybe get themselves off the 8/9 line await the Wolverines — including a first round rematch against Illinois and Maverick Morgan, whose ‘white-collar’ comment seems to have spurred Michigan’s second-half transformation.

Bracket Debate: Which top seeds would you want Michigan to be placed with? And are there any you’d prefer the Wolverines not to be in the same region as?

At this point, Michigan seems locked into a tourney bid — and a bid, it appears, that will have them placed in the same four-team grouping as a 1 or 2 seed. It has been somewhat of a wide-open year so far, with last year’s national champion Villanova ranking as KenPom’s second-best team and the runner-up, North Carolina, as the fourth-best. The Wolverines have already faced one team that could end up in that 1-2 range in UCLA. Out of that general grouping of 8-9 teams