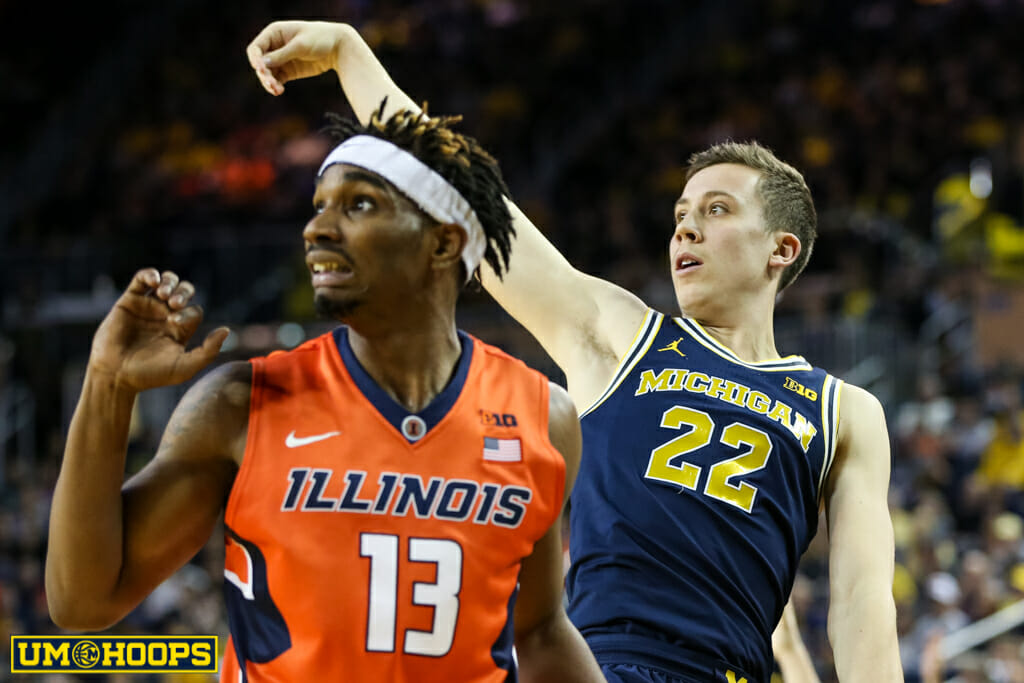 Groce is proud of the way his team has played the last month, praising their “toughness” and “togetherness.” Illinois enters the Tournament having won five of its last seven, including two wins over Northwestern. The Illini had won four in a row before losing the regular season finale at Rutgers. He said Michigan will pose a “great challenge” because they are “playing well right now on both ends of the floor.”

Asked what he could take from the two games against Michigan earlier this season (each a comfortable win for the home team), and what he’s seen from the Wolverines lately, Groce said:

“You can take a little from them, the two games. … We’re different teams (now). From an outsider’s perspective, I think they’re playing really well down the stretch. Both of us are playing some of our better basketball. Great challenge on Thursday. You can take a little bit from those films. … In some sense, it seems like such a long time ago we played the two games and they were relatively close to each other. I think there are some significant differences (now) in terms of quality of play.”

Beilein said Illinois is playing “as good as anybody in the league these last three weeks.” At the time of the call, he had only watched a couple of Illinois’ games against other teams. As for what could be gleaned from the prior two meetings:

“Both teams played really well on their home court. Now we’re neutral, so expect a buzzer-beater type of game. Both teams have some experience. We both have talented players. John’s got a great plan over there. I don’t know what’s going to happen. All I know is we’re going to do everything to get prepared to play a really good team that’s really hot right now.”

Illinois’ big men, particularly Maverick Morgan, torched Michigan with mid-range jumpers in the first game, but didn’t have much success in the rematch. Beilein believes that is because Michigan’s bigs improved defensively and they had a better game plan.

“I don’t think we picked up on how good their big men could shoot the ball. They shot it really well at Illinois. Sometimes you’re playing guys in different gaps as how you will close out on them. If you are late to your close out, they’re going to put it right in your face. That was a big thing. And Kipper Nichols was really good. He kept them in the game off the boards (eight rebounds including five offensive) and really played well in the game in Champaign.”

Beilein wouldn’t go as far as saying the win over Illinois was the start of Michigan’s late-season surge. “All I know is our team has improved defensively, and I knew it would. The numbers we were putting up defensively were astronomical. I’ve never seen anything like it. Where we still have not become a super defensive team, we’ve improved dramatically there. I’d put it more on those things than that was the game that gave us confidence.”

Beilein also added that he thinks hosting the Tournament in Washington, D.C., is a “great idea.”