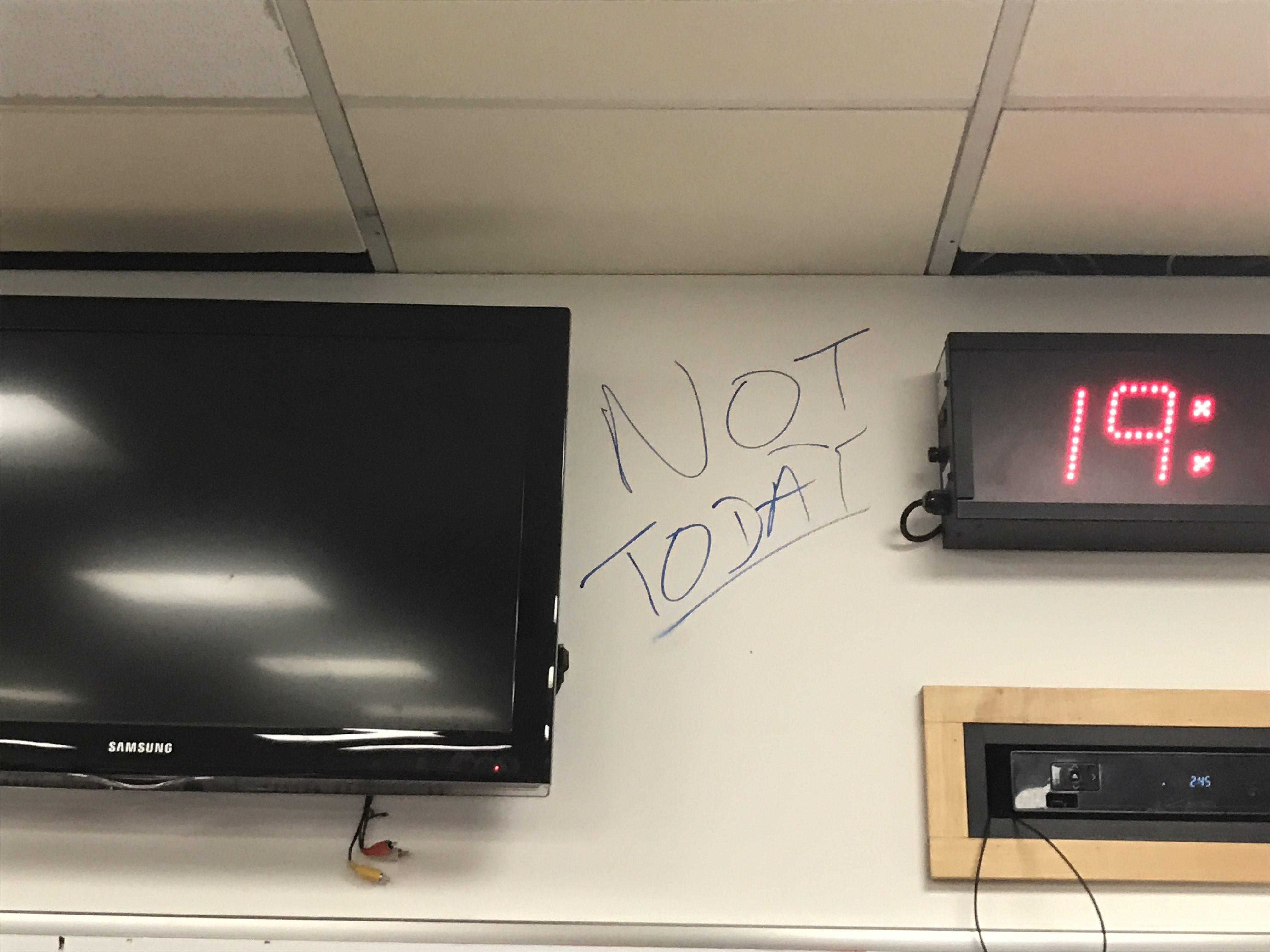 Michigan beat Purdue in overtime on Friday afternoon to advance to the Big Ten Tournament semifinal. The Wolverines won with their defense despite only making one 3-pointer in the second half and overtime.

Billy Donlon’s message is still written on the wall of Michigan’s locker room at the Verizon Center: NOT TODAY.

The Wolverines have been on the wrong side of a handful of close games this year, but they finally pulled one out with a 74-70 win over Purdue.

Purdue was on the verge of opening up a double-digit lead in the first half, but not today. DJ Wilson scored 10 straight points.

Michigan trailed in the final minute of the game, but not today. Zak Irvin didn’t settle for a three, he drove to the rim and tied the game.

The Boilermakers had a chance to win with a full court inbounds situation eerily similar to the Wolverines’ nightmare in Evanston, but not today. DJ Wilson swatted Carsen Edwards’ shot attempt.

At a high-level, the mismatches on both sides of the floor played out as expected. Moritz Wagner found himself on the bench with foul trouble and Michigan struggled to keep Isaac Haas and Caleb Swanigan away from the hoop. As predicted, Michigan opted to go small to exploit Purdue’s size on the other end of the floor and DJ Wilson played one of the best games of his young career, finishing with 26 points, 8 rebounds and 3 blocks in 36 minutes.

The end result was a game that deserved overtime, not because it was the prettiest game, but because it was so damn close. The lead never drifted too far in either direction and the game featured 14 ties and 18 lead changes over 45 minutes. Neither team led by more than 4 points in the second half, but it wasn’t for the lack of opportunities.

Michigan seemed to miss every three that could have extended its lead and there was turnover, missed free throw, or offensive foul waiting whenever Purdue seemed to gain momentum. In the end, it was Zak Irvin that seized control of the game for the Wolverines. Not only did Irvin tie the game down the stretch, he also scored Michigan’s only made baskets in the extra period.

Michigan’s offense appeared to be feeling the effects of the last 48 hours. The Wolverines were just 1-of-14 from three-point range in the second half and overtime and their 46.7 eFG% was the third-worst performance of the season and worst in a win. Michigan shot 54% inside the arc and just 24% from three and had just 6 assists on 25 made field goals. Nothing was easy for Michigan, but it did manage 1.01 points per trip — keeping its streak of reaching a point per possession in every Big Ten game alive.

The Wolverines held Purdue to .96 points per possession and this was a game won on the defensive end of the floor. The Boilermakers have the No. 2 offense in the Big Ten and have the towering front line that Michigan doesn’t have any simple answer for, but the Wolverines scrapped and clawed and did everything they could to slow the duo just enough. Swanigan and Haas got their 30 points, but Purdue’s other options were mostly held in check. Just like Michigan wanted.

The Michigan defensive gameplan is locked in at this point: fight like hell to front the post, bring timely double-teams against formidable interior players and run all shooters off the line. The magic of that recipe is that the aggressive doubling and helping in the post isn’t leading to open threes, it is leading to turnovers. Purdue turned the ball over once every five trips up the floor, attempted under a third of its shots from three-point range and its shooting specialists had quiet nights.

This wasn’t a typical Michigan win and sometimes those are the most rewarding. Moritz Wagner admitted after the game that he gets tired of hearing that Michigan is a team that needs to make shots to win and while I’m not sure the Wolverines have dispelled that stereotype yet, this was a big step. Next up, a rematch with Minnesota on Saturday at 1:00 p.m. on CBS.

This is another quality win on the Michigan’s NCAA Tournament resume and the RPI is up to 34th nationally with the win. What does that mean for seeding? There are probably too many moving parts to say confidently right now, but it is certainly trending upward.