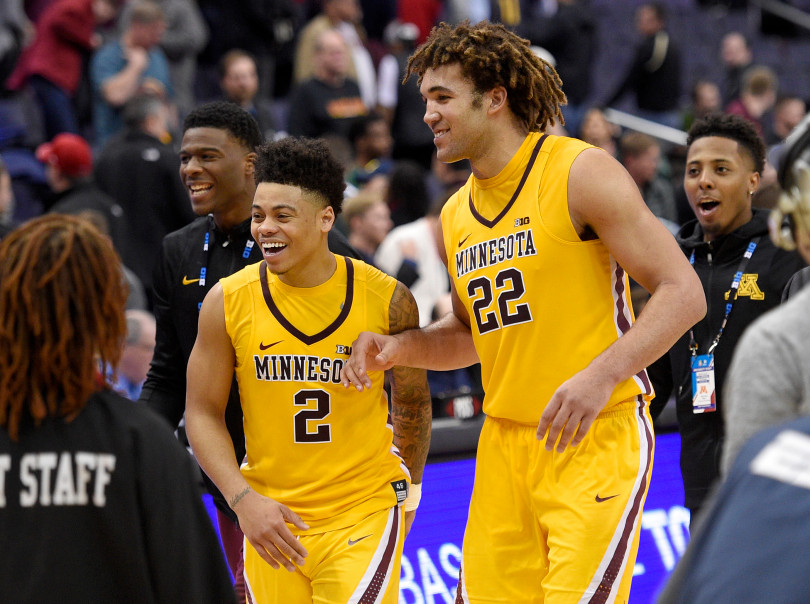 Michigan will have a change to avenge its overtime loss at The Barn as it faces Minnesota in the Big Ten Tournament semis on Saturday. Here’s what to watch for in the rematch.

Michigan will play its third game in 72 hours on Saturday afternoon when it faces Minnesota in the Big Ten Tournament semifinals (1:00 p.m., CBS).

The Wolverines and Golden Gophers are two of the hottest teams in the league. Minnesota has rattled off 9 wins in its last 10 tries and Michigan isn’t far behind at 8 out of 10. One of those two Michigan losses was in overtime at The Barn in a game where they committed more fouls and gave up more free throws than any game under Beilein.

It felt like one that the Wolverines let get away at the time and now they’ll have one more chance to redeem themselves. Here’s what to watch for in Saturday’s rematch.

The strength of Minnesota’s team is its defense, which is third-best in the Big Ten and allows just a shade under a point per possession in league play. The Gophers have the league’s best eFG% defense at 46.5% and allow just 45.4% 2-point shooting and 32.6% 3-point shooting while leading the conference in block percentage. Michigan has the best offense and the best eFG% offense in the conference, so something has to give on end of the floor.

So the biggest question appears to be which team’s strength wins out. Can Michigan run its offense and score effectively against Minnesota’s defense? If so, the Golden Gophers could struggle to keep pace.

Minnesota guard Akeem Springs injured himself against Michigan State and Richard Pitino reported that the fear is that it is a ruptured Achilles tendon. Springs starts at the off guard spot and leads the team in made threes. The Gophers really only have one other perimeter option and that’s 6-foot-5 sophomore Dupree McBrayer, who backs up both guard spots.

More minutes for McBrayer isn’t necessarily be a negative for Pitino and the Queens native is  slashing guard who has been playing well down the stretch. He scored 15 points against Michigan in the first meeting and while he’s not a volume shooter, he can hit the occasional jumper (15-of-38 from three). The loss of Minnesota’s most-reliable three-point shooter could also allow Michigan to take some shortcuts defensively in doubling down in the post.

The bigger issue is the lack of depth behind McBrayer which leaves the option of going big and sliding down front line players. That would mean moving 6-foot-8 freshman Amir Coffey to the two and Jordan Murphy to the three with more posts in the frontcourt. That could give Michigan difficult match-ups defensively, but I’m also not sure how well a bigger Minnesota lineup would perform defensively against Michigan’s perimeter attack.

Minnesota attempted 41 free throws in the first meeting to just 57 shot attempts. That was the highest free throw rate (71.9%) that Michigan, which committed 27 personal fouls in that game, has allowed up under John Beilein.

If that situation repeats itself on Saturday, the Wolverines will lose their second game to the Gophers. You can’t let Minnesota beat you at the free throw line, you have to force them to hit shots from the field. On the flip side, Michigan made just 9 of its 18 free throw attempts which is a harrowing stat after an overtime defeat. Michigan will be hoping for a clean, up-and-down game with few whistles while the Gophers will be trying to attack in the post and off the bounce and draw as many early whistles as possible.

Containing 6-foot-6, 240 pound sophomore Jordan Murphy down low without fouling is the first chore. Murphy leads the Big Ten in free throw and pposted a 16 point, 15 rebound double-double in the first meeting.

Minnesota’s Reggie Lynch is the best shot blocker in the country. His 15.1% block rate leads college basketball and he’s blocked 27 shots in the last 4 games. Michigan has only blocked 92 all season and has just one player with more shots this season than Lynch has in the last four games.

Playing against great shot blockers is oftentimes more of a mental challenge than physical struggle. The shots that Lynch alters without actually blocking are almost more costly than the ones that he does block.

Michigan was unfazed in the first meeting and shot 62% (21-of-34) inside the arc in February. But it also had a trump card as Lynch played just 13 minutes while he battled foul trouble. Pitino said after that game that he wasn’t confident in Lynch’s ability to guard Michigan’s big man action on the perimeter, but that will be a match-up that Michigan needs to try to take advantage of once again.

Nate Mason vs. Derrick Walton should be a high-level battle. Mason was named to the All-Big Ten First Team despite many feeling that Walton was probably more deserving.

Both guys had off nights in the first meeting: Walton was 6-of-15 for 16 points with 3 turnovers and Mason had 13 points on 3-of-13 shooting. But they are both very important to their respective teams and capable of taking a game over.

Will Walton take his snub to heart? Perhaps, but he also looked to be one of the most noticeably gassed Wolverines on Friday afternoon.

KenPom likes Michigan on a neutral floor, projecting a 69-66 win and giving the Wolverines a 61% chance at making the Big Ten Tournament final.