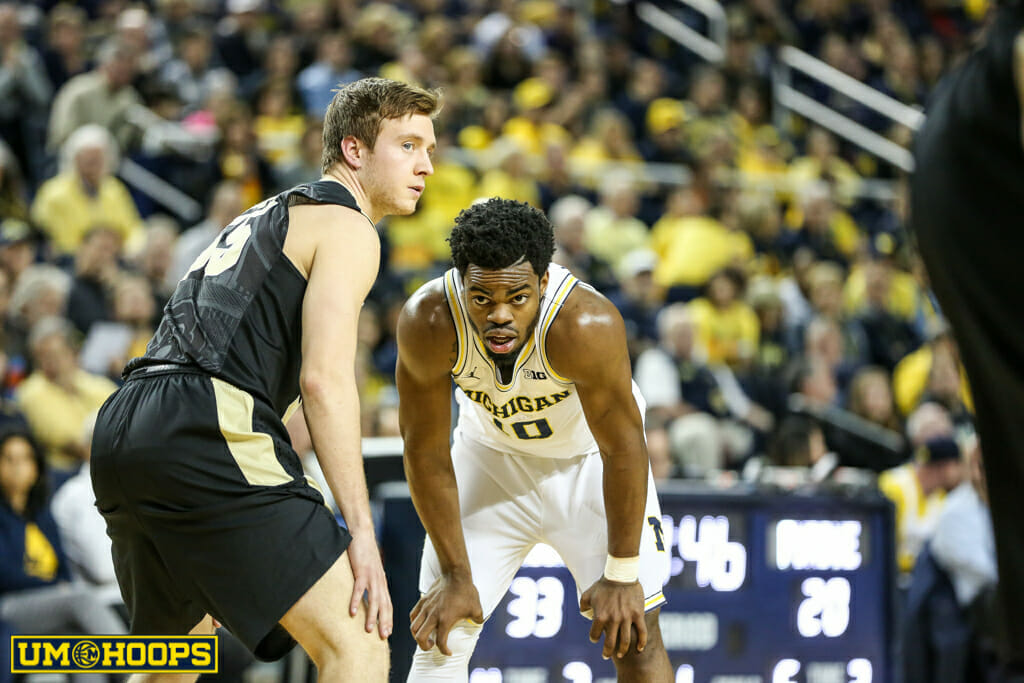 Michigan is surging up the seed list and finds itself right between the 6 and 7 seed lines on Selection Sunday.

The Wolverines have had one hell of a week — the type of week that will almost assuredly find a place within Michigan basketball lore. The story, at this point, has been discussed ad nauseam, but it bears repeating just one more time. After all, the Wolverines went from enduring a plane accident on Wednesday afternoon to winning three consecutive games at the Big Ten Tournament.

It has, to put it simply, been quite the story. Michigan’s three wins in Washington D.C. have propelled it up every bracket projection; it now stands at No. 24 in the KenPom rankings, as well. The win over regular-season champ Purdue in the quarterfinals coupled with a win over Minnesota in the semifinals has the Wolverines safely on the 7-line — and as a 6 seed in many projections — with a real chance at further movement after tomorrow’s championship game.

Bracket Debate: How high has Michigan pushed its seed?

The Wolverines’ big week has them safely off the 8/9 line, but moving up from a 7 seed to a 6 seed could be crucial to Michigan’s chances of making it to the second weekend of the NCAA Tournament.

The big question is how big of an effect did the Wolverines’ win over Minnesota have — are they already a No. 6 seed regardless of what happens in the conference championship game, or will they need a win over Wisconsin to reach that coveted 6 seed? Most recent bracket projections have Michigan pushing toward a potential 6 seed, but the fact that the Big Ten Tournament championship will finish minutes before the Selection Show (which producers assure us will feature the actual brackets sooner than later) means that it might be too late.

What’s your take? Where will Michigan be seeded and will the final have an impact?