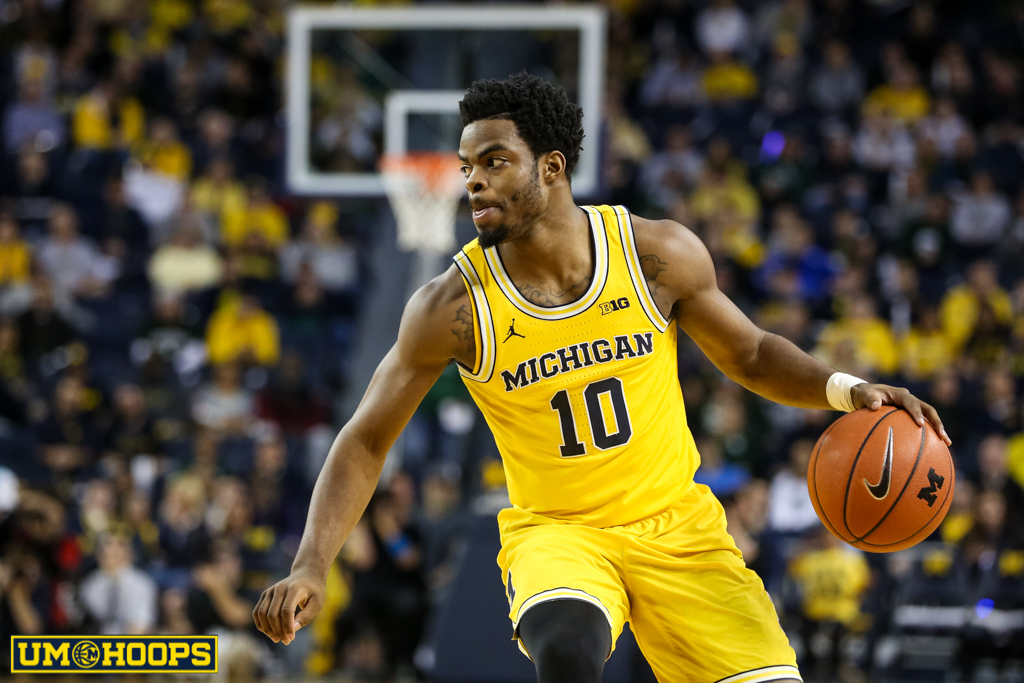 The Big Ten placed 7 teams in the NCAA Tournament, here’s a guess at how they’ll fare in the first round.

When it comes to the Big Ten and the NCAA Tournament, there were no surprises as far selections. The conference placed seven teams in the bracket, as expected. Illinois and Iowa had a shot to play themselves into the field in Washington, D.C., but neither won a game and will instead join Indiana in the NIT. In regards to Tournament seeding, however, the committee made some questionable choices. The result is mostly evenly-matched games. It may be harder to predict how the Big Ten will do in the Big Dance than any other conference. So let me try to do just that.

The last time the Big Ten didn’t have at least one team on the top four seed lines was 2004, and Purdue ensured that streak continued. The regular-season champs will face Vermont, which went undefeated in the America East and has a nation’s best 21-game win streak. Vermont won an ugly game over Albany to get here.

The Catamounts lost all their games to high-major competition by double digits: Providence, South Carolina, and Butler, all on the road. In KenPom’s adjusted efficiency ratings, they rank in the 60s on offense and defense. Their tallest players are 6’8”, so we’ll see how they fare against Caleb Swanigan and Isaac Haas. This is the only first-round matchup in which the Big Ten team losing would be a real surprise.

On the other hand, there’s only one player on the Purdue roster who has won an NCAA Tournament game (Spike Albrecht) despite NCAA appearances in the last two years.  Highlights of Vermont’s upset of Syracuse in the 2005 NCAA Tournament will certainly be shown during the broadcast.

There is always a popular 12 over 5 upset pick, and Middle Tennessee is the one this year. The projections you’ll see below bear that out. Minnesota struggles to shoot the ball, and lost Akeem Springs to a season-ending injury, and while the Golden Gophers are among the best shot blocking teams in the country, MTSU rarely has its shots blocked.

Xavier lost its best player, Edmond Sumner, to injury in February. The Musketeers won their first three without him but then lost six in a row, putting their NCAA Tournament hopes in serious danger. Xavier got a key win over Butler in the Big East Tournament and was the last team in the field to avoid a play-in game.

Maryland got off to a hot start but faded late, including a loss in its first Big Ten Tournament game. The Terrapins have a star in the backcourt in junior Melo Trimble and several capable freshmen, but this squad has been tough to figure out this season. Both Xavier and Maryland beat Georgetown on the road.

Oklahoma State flew under the radar this season. A blowout loss to North Carolina and a one-point loss at Maryland didn’t help, though the Cowboys did win at Wichita State. Mainly, though, it was the 0-6 start in the Big 12 that kept people from paying attention. But Brad Underwood, who coached the previous three seasons at Stephen F. Austin, got the Pokes to play a little better defense and fine-tune their highly-efficient offense—sound familiar?—en route to 10 wins in their next 11 games.

Unlike Michigan, the Cowboys have lost their last three. But they still enter the Tournament with the best offense in the country, per KenPom’s adjusted metrics. Sophomore guard Jawun Evans is a handful, and this figures to be a high-scoring affair.

Here’s a real head scratcher: Wisconsin as an 8 seed. Apparently, the Badgers were a 7 seed entering the Big Ten Tournament championship and Michigan was an 8; the result of the game caused the teams to swap spots. It hurts Wisconsin, of course, which not only gets a tougher first-round game but would likely face No. 1 overall seed Villanova next.

Virginia Tech, which stole a win in Ann Arbor on Nov. 30, can really shoot the ball, especially from three. The Hokies went 10-8 in the ACC and won a game in the league tournament. They’ve been without Chris Clarke since mid-February, when he was lost for the season with a leg injury, and are undersized in the frontcourt which should pose an interesting mismatch against Wisconsin’s big front line.

Like most of the teams mentioned here, Vanderbilt spent plenty of time on the bubble this season. The Commodores did not perform well in the conference and went 10-8 in the SEC under first-year coach Bryce Drew. We know this: Vandy matches up well with the Florida Gators, whom the Commodores beat three times this season to help punch their ticket. Nearly half of Vanderbilt’s shot attempts are threes, the sixth-highest rate in the country (they make 38 percent of them). The ’Dores lost by four on a neutral floor to Minnesota earlier this season.

There will be plenty of chatter about how Northwestern is simply happy to be in the NCAA Tournament, and that’s true. But that doesn’t mean that the Wildcats can’t win this toss-up. It helps that Scottie Lindsey looked more his old self in D.C.

Given that eight of the teams previewed here are in the 7 to 10 seed range, it’s not surprising that many of them have shown inconsistency over the season. Miami is no different. The Hurricanes went 10-8 in the ACC but scored some nice wins (North Carolina, Duke, at Virginia). They hang their hat on the defensive end (20th in KenPom adjusted efficiency).

As you probably know, Michigan State is a young team that doesn’t win the turnover battle and struggles to find its best lineup. They’ll have the best player on the floor in Miles Bridges, but that’s been the case in plenty of MSU’s losses this season. So will Tom Izzo avoid a second straight first-round exit or will Jim Larranaga be doing a crazy dance on Friday night? Geez, there aren’t any gimmes with these picks.