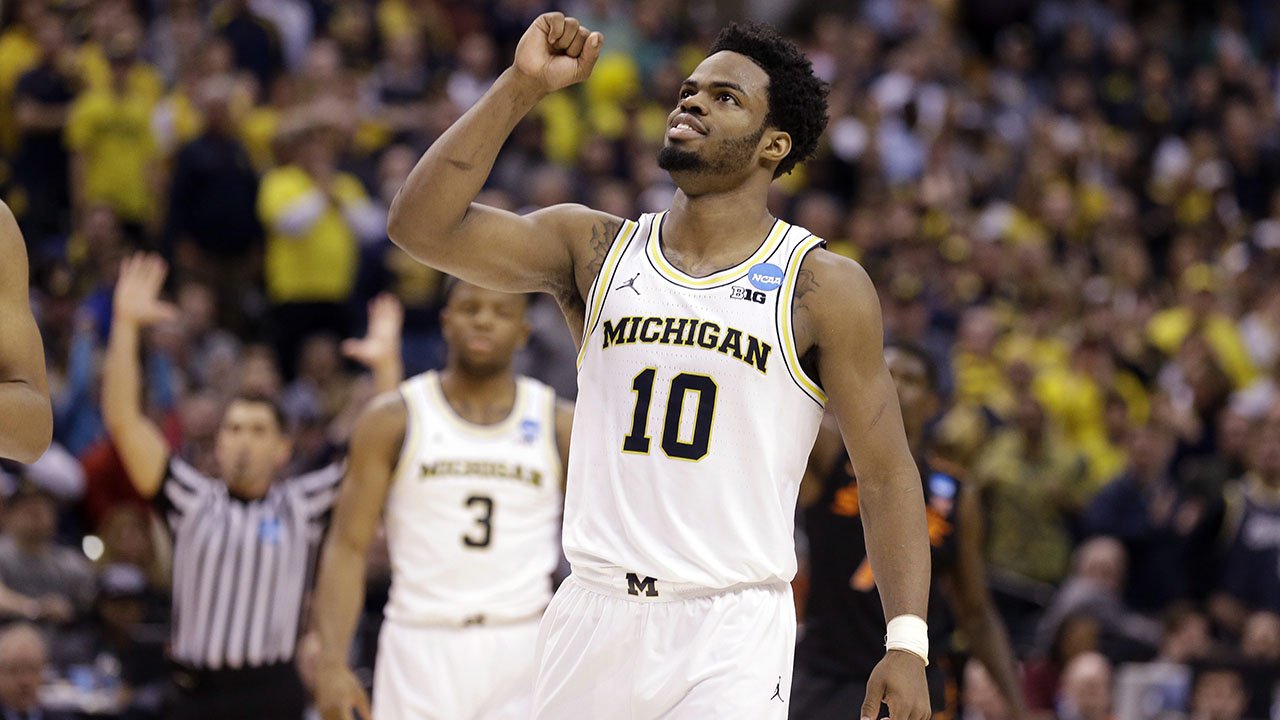 Michigan played one of its best offensive games and worst defensive games of the season, but outlasted Oklahoma State with hot three-point shooting and Derrick Walton.

Michigan vs. Oklahoma State lived up to its billing on Friday afternoon.

The Wolverines and Cowboys exchanged baskets and dazzling plays by their star point guards in a breathtaking back and forth affair. The game featured 12 ties and 16 lead changes but Michigan had just enough firepower to advance.

The Wolverines found themselves facing early deficits in both halves, but figured out a way to regroup, adjust and take control of the game in both instances. That’s a luxury that teams have when they have the best point guard on the floor and Derrick Walton kept up his dominant March.

Walton was just 1-of-6 from the field in the first half, but he made 6-of-7 shots in the second including 5 threes, one of which was from the March Madness logo at center court. He finished with 26 points and 11 assists, leaving another highly touted individual point guard match-up in the dust. He also had some help as three other starters reached double figures and five Wolverines made at least one three-pointer.

Michigan’s offense has actually played four better games (IU, at NEB, MES, C Ark) this season, which is scary to think about, but this was a flawless offensive showing. The Wolverines scored 1.41 points per possession in a 65 possession affair — slightly closer to the Wolverines’ average of 62 possessions per game.  Michigan shot better from three (16-of-29) than two (13-of-27) and there were times when it felt like they just couldn’t miss from beyond the arc.

Early on in the game, there were some rocky moments for the U-M offense. The Wolverines missed 7 of their first 8 threes until Zak Irvin broke the seal with 8:09 to play in the first half. Michigan would only miss seven more threes for the rest of the game, going on to make 16 three-point attempts on the day.

The offensive numbers for the game are impressive, the second half numbers are insane. Both teams scored 51 points in 32 possessions for an incredible 1.58 points per possession. The Wolverines had an 86% effective field goal percentage in the second half as they made a ridiculous 11 threes on 15 attempts. Not to be forgotten in Michigan’s offensive performance is the fact that the Wolverines only turned the ball over 4 times in 65 possessions (and Beilein still complained about the turnovers when discussing the game with media) and outscored the Cowboys 15-7 in points off giveaways.

Defensively, Michigan held Jawun Evans to 23 points on 10-of-26 shooting, but he also handed out 12 assists to 4 turnovers. Add in the missed floaters that were put back in his by his wings and wings and he was responsible for most of Michigan’s headaches on the night. His dribble penetration gave the Wolverines fits all game and was the number one reason that Oklahoma State managed to rebound half of its missed shots.

March is about figuring out how to win a game and moving onto the next one. Michigan got the job done even if it wasn’t always comfortable and will face Louisville in the second round of the NCAA Tournament. Michigan probably won’t score 1.4 points per possession against Louisville, but the Cardinals also probably don’t have the firepower to keep up in a similar shootout.