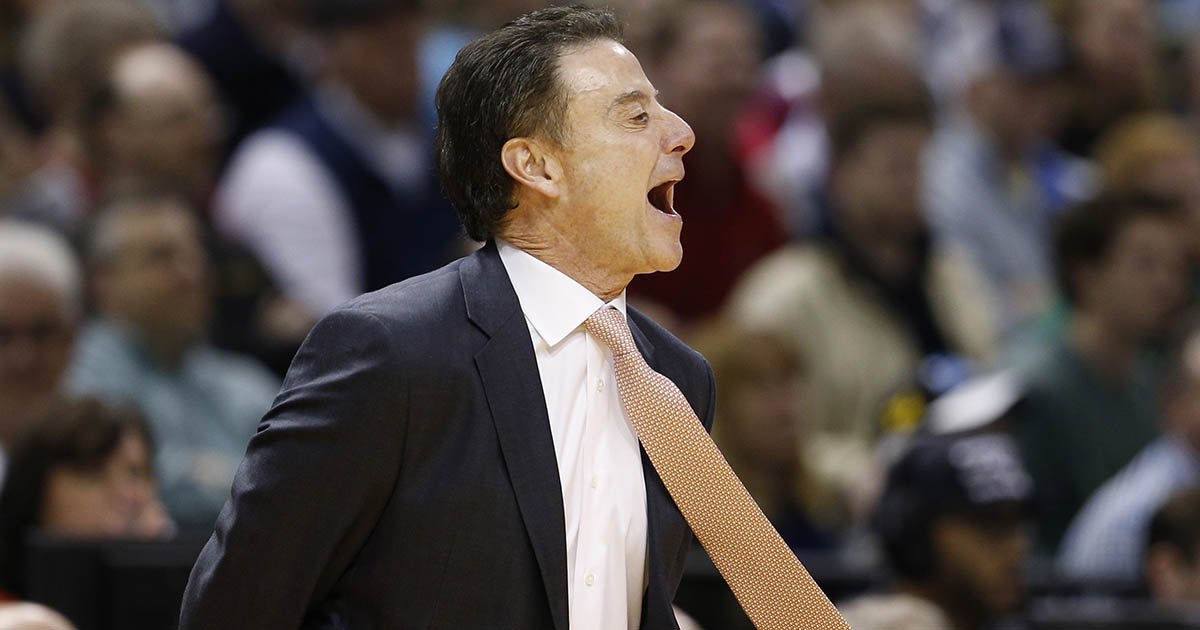 INDIANAPOLIS — The two coaches are known for their distinct systems. One has his team play a relentless full-court press and match-up zone that forces countless turnovers. The other runs a half-court offense that is among the most complicated — yet efficient — in the nation.

And now, with an already expansive and brutally one-sided history between them, Rick Pitino and John Beilein will meet once again when Louisville and Michigan clash in Sunday’s second round matchup.

It stretches back more than a decade. 12 years ago, one of Beilein’s best-ever teams fell prey to Pitino’s Louisville team in the Elite Eight. West Virginia had shot a blistering 18-of-27 from behind the arc en route to a 20-point lead at halftime, yet couldn’t prevent the Cardinals from storming back from the deficit to win, 93-85, in overtime.

Louisville assistant coach David Padgett was on that team. He had transferred from Kansas after his freshman year and was on the bench during the Cardinals’ magical run to the Final Four the following year.

Padgett recalls Louisville starting the game with a zone defense that surrendered too many threes before switching to man at halftime. He called the game one of the best regional finals in a long time.

“It was just the way they played,” Padgett said. “They had four or five guys that could really shoot the ball. Kevin Pittsnogle, coach Beilein’s son (Patrick), (Mike) Gansey. All those guys could shoot at all five positions, so they were just a matchup problem. It’s a unique style to play against. We made an adjustment back then, so hopefully we get ready for it on Sunday.”

“We just played two-three bumping zone, and his team made 11 3s before half, “Pitino recalled. “And his son made two from the logo in Albuquerque, from the Wolf. And we actually — at halftime, we were fortunate enough to win in overtime.

Beilein eventually moved on from West Virginia, taking the job at Michigan in 2007. It took him a few years to build up the Wolverines and become a consistent contender in March. When he did, reaching the NCAA Championship in 2013 with perhaps his most talented team of all time, it was Pitino and Louisville that stood in the way of glory once more. And yes — they won, once again, shattering Michigan’s title hopes and leaving its head man still in search of his first ring.

Speaking after his team’s win over Jacksonville State, Pitino lavished praise upon Beilein and Michigan. He had caught the second half of the Wolverines’ win over Oklahoma State and Michigan’s blistering shooting performance had clearly caught his attention — even as his team was just minutes away from their own first round game. He even went so far as to compare the Wolverines to the Golden State Warriors.

“We’re playing against the Golden State Warriors on Sunday. I’ve never seen shooting like that since I’ve been a coach,” Pitino said. “It’s incredible the way they shoot the basketball. And it looks like it’s going in the moment it leaves the hands, so it’s going to be a tough task for us.”

Added forward Jaylen Johnson: “They’re a good team. They’re a great shooting team, and we’ve got to just focus tonight on film and execute the key points of the game.”

The two veteran coaches have been on opposite sides of two of the most exciting games to have taken place this century. Sunday — and the possibility of yet another March classic — beckons.

“My respect for (Beilein) as a basketball coach is off the charts. His teams are fun to watch, well coached, well drilled. … It’s going to be a heck of a game.”