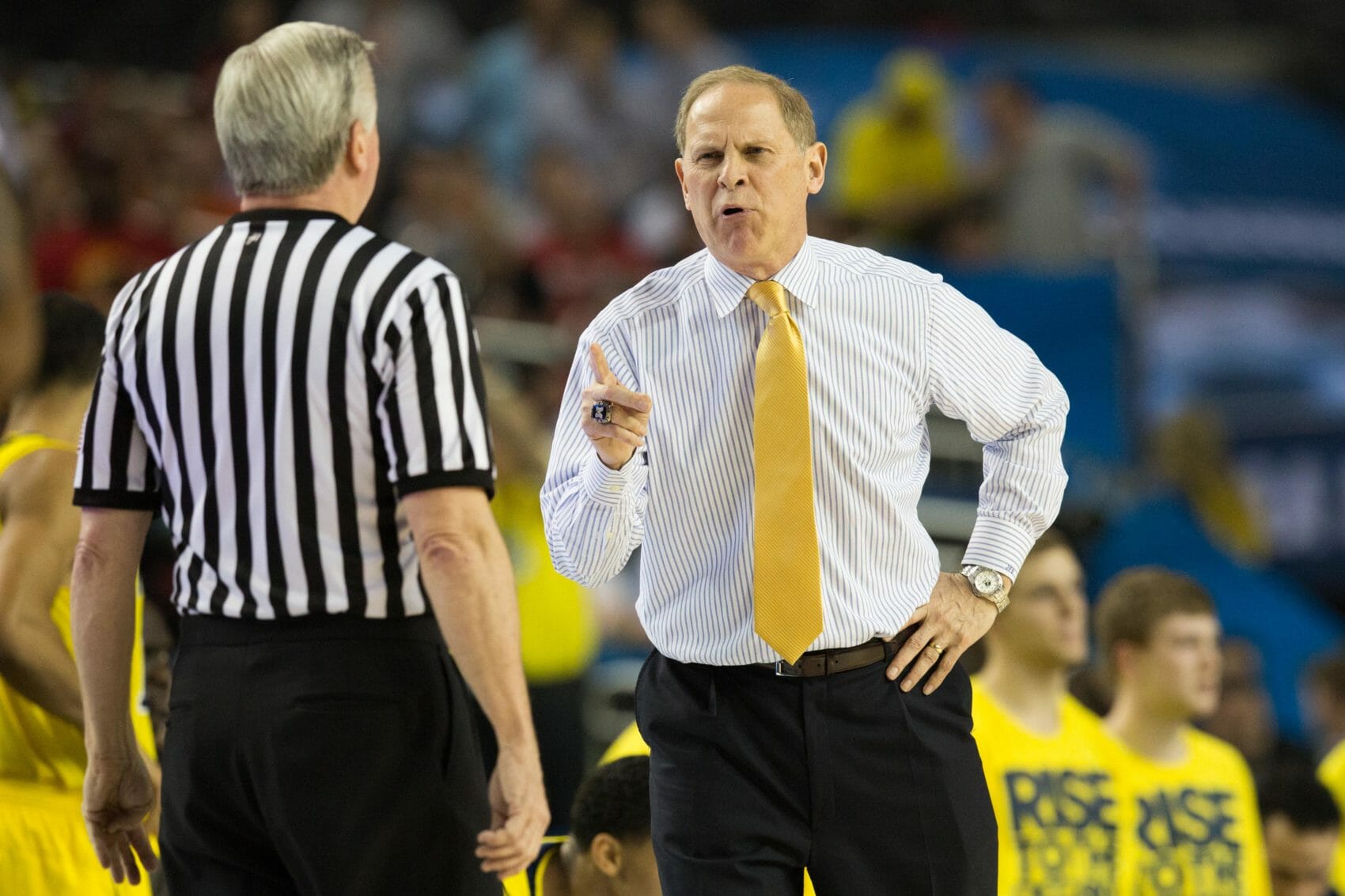 John Beilein and Rick Pitino have been integral parts of college basketball’s evolution. Now, as the game catches up to them, they meet once more.

INDIANAPOLIS — Yes, the reports are true: Rick Pitino did, in fact, compare the Michigan basketball team to the Golden State Warriors.

John Beilein called it a big exaggeration. Moritz Wagner said he would rather the Wolverines grab more rebounds and be more like the Memphis Grizzlies. And Derrick Walton laughed, wondering aloud if that meant he was Steph Curry.

There’s no question Michigan is not close to Golden State. But when examined closely, Pitino’s comparison still makes sense, even if Beilein rightly referred to it as a big exaggeration. The Wolverines spread it out and shoot a lot of threes, and like the Warriors, they have been part of the evolution of ‘small-ball’ — as has Pitino.

The 3-point shot was instituted by the NCAA in 1987, and it didn’t take long for both Beilein and Pitino to fold it within their coaching strategy — both finding it a necessary tool for survival in their respective environments.

The latter had taken a job at Kentucky in 1989 shortly after the NCAA had placed it on probation. With fewer scholarships to offer and a dearth of talented players, Pitino built an offense around 3-pointers, to the extent that the Wildcats became known as ‘Pitino’s Bombinos.’

Beilein, meanwhile, was at a much lower-profile job at Le Moyne College, a Division II school located in New York. Like Pitino, the 3-pointer quickly found its way into his system.

The game, obviously, has evolved since then. The three has remained a staple of both Pitino and Beilein’s teams, even as they’ve found several different coaching homes in the decades since, while other teams have caught up. Two of their most famous coaching battles, in fact, featured the 3-point shot heavily, with Pitino coming out on top both times — two losses that have stuck with Beilein ever since.

The first was the 2005 Elite Eight contest between Beilein’s eight-seeded West Virginia team and Pitino’s powerhouse Louisville team. The Mountaineers were all over the Cardinals early, amassing a twenty-point lead thanks to ridiculously hot shooting from behind the arc — forcing Pitino to adjust his famous zone defense at halftime.

“They made 11 3s. John’s son made a 3 from the Lobo,” Pitino said. “And I went in at halftime, we had to walk up the ramp at the pit, and we moved all the chairs. And I said, ‘Guys, you’re not going to believe this, we can’t play them zone. We’re going to get killed.’ ”

Pitino’s halftime adjustment knocked out the best team Beilein ever had at West Virginia, and it took him eight years before he took a team that deep in March again.

That run, obviously, came to an end one fateful night in April of 2013, when Pitino claimed his second championship and left Beilein still in search of his first.

In the aftermath of the loss, Beilein didn’t initially dwell on his team’s run. But like the 2005 loss continues to sting, so does coming up short in the championship game — it just took some time for that to kick in.

“At the time that we were making that great run, it was, ‘What’s next, what’s next, what’s next, let’s just keep going,’ ” Beilein said. “I don’t think you ever understand your sense of … what could you have done until it’s a couple years later, when you realize you may not get there again in your life, no matter what type of team you have. You might have an injury, you might have a referee’s call, you might not get there and then you say, ‘Was there anything I could have done to be better that year, to be better in that game?’

“And so yeah, it bothers me. I am not going to go through my life, though, in torment because of it. But I do wish we did have that national championship for the University of Michigan now.”

Sunday brings the two back in a full circle. Here they are, back on the big stage together: two coaches who have done so much in shaping the direction of college basketball, and who have had such a one-sided history between them.

Beilein’s past experiences against Pitino have not been lost upon his star sophomore forward. Wagner, who happens to be the closest analogue to Kevin Pittsnogle that any Beilein-coached team has had since 2005, understands the stakes. He heard the stories about that 2005 game from Johannes Herber, a fellow native of Berlin who played on West Virginia, and from Beilein himself.

So Sunday’s game goes beyond a chance for Michigan to advance to the Sweet Sixteen. It represents an opportunity for Wagner and his teammates to help their coach gain some type of vengeance — to add a new piece of history against the coach who has had such a large hand in preventing Beilein from writing history himself.