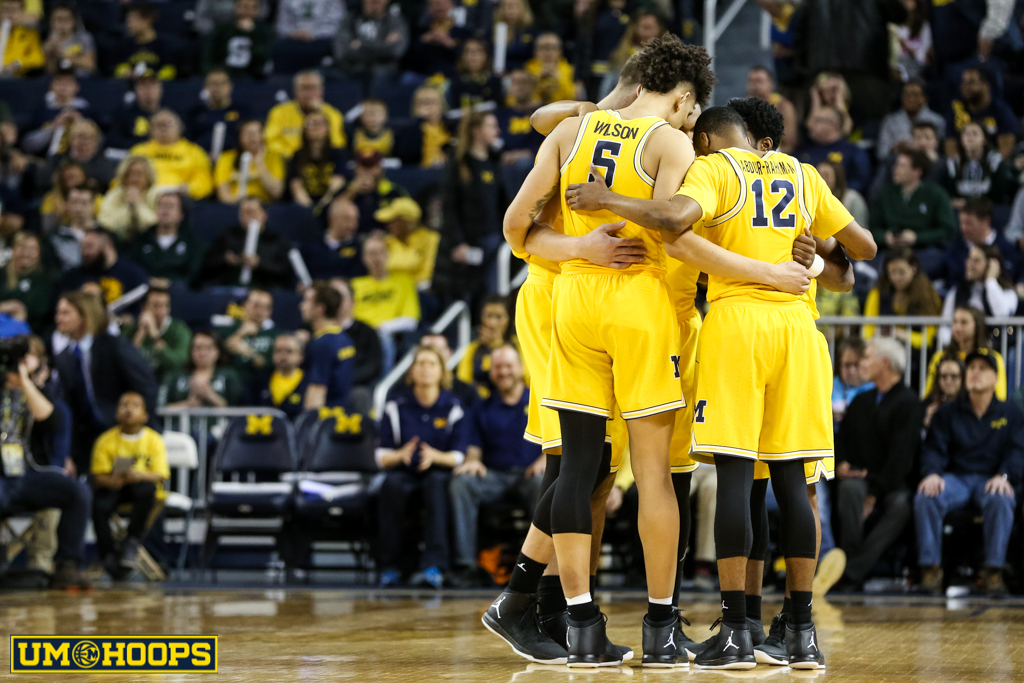 We’re embracing a new model as we look toward the future of UM Hoops.

The end of the college basketball season is sudden. In the blink of an eye, the crescendo of tournament play is over and the last five months are a blur.

It’s an oddly numbing feeling after spending the last few weeks covering seven basketball games in three cities in 14 days. There’s no game to recap and there’s no next opponent to preview after a few weeks where it felt like there was nothing else to do. The season is over and we settle in for another offseason of speculation, recruiting and roster movement.

It’s also another opportunity to look back at how long I’ve been doing this and start to think seriously about what’s next. We’re coming to the end of the month number 113 of UM Hoops and it’s edging toward the time to think about how long this keeps going and how it works out in the future.

I don’t want to shut the site down and truly value the Michigan basketball community that has developed, but there are also realities at play. It still takes a lot of work, time and money and it hasn’t been the best two years for the site in terms of traffic growth.

There aren’t many independent basketball sites out there like this one that provide in-person coverage of almost every game — home or away — and provide the sort of exhaustive content that we strive to create. We’re proud of it, but are also starting to recognize why there aren’t more. It’s hard to pull off. Especially at a school where it feels like the football coach could garner more attention for a Tweet than the basketball team could by winning a game (or five).

This site has always been funded by a mix of donations from people like you and advertising money. The hope was always to move from the former to a completely advertising-driven product, but staying in this niche I’m not sure that we’ll ever be able to reach the  level we hoped.

There are bigger players out there in that space and there’s far better ‘viral’ content to drive pageviews than in-depth analysis of Michigan basketball.

Faced with the proposition of shutting the site down, cutting resources, or limiting what we do, the better option might be to flip the script in the opposite direction.

We want to get rid of ads, focus on quality content and leverage a subscription-donation model. The idea is that this will allow us to focus more on what’s most important — creating quality Michigan basketball content — and less about generating traffic or maximizing revenue.

No ads means a cleaner design and easier-to-access content — a better user experience for everyone involved.

We’re not going to a completely premium or subscription-based model, but we’re offering the option to pledge support on a monthly basis and receive access to some exclusives. Those who pledge $4 (or more) per month — the cost of a latte at Starbucks — will receive:

We’re also offering a reward tier for $8/month that will enter you in a drawing to receive either a UM Hoops mug, T-shirt or framed photo print each month.

You can pledge using the button below:
Become a Patron!

To be honest, I have no idea if this will work. But continuing on the current path without a change isn’t going to work out either. The idea is that we’ll build up a solid base that can support running the site. That means paying to keep the servers running, supporting the staff, traveling to games and keeping this thing in motion.

Once we reach a goal of $2,500 per month in pledges, we’ll remove ads and focus on re-designing the site to make it easier to navigate and consume. If we can make it to that point, then I think the subscription model — proven out by individuals like Derek Bodner or sites like The Athletic — might just work moving forward.

This site wouldn’t still exist without all of your support over the years and it’s pretty amazing that we’ve made it this far. I have no idea what the future holds, but also am excited to cover a Michigan team next season that might feature the most unique roster under John Beilein. Hopefully this is a pivot that continues to make this site viable for the foreseeable future.

Related Items:State of the Blog