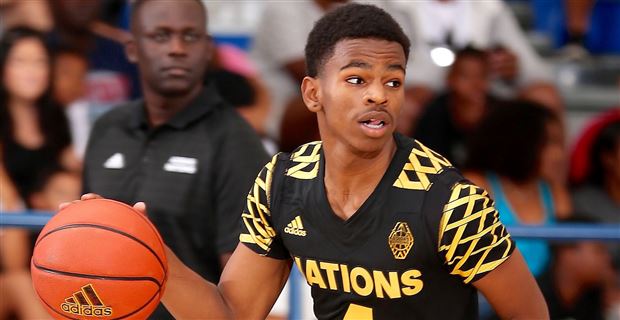 Michigan has reportedly reached out to class of 2017 guard Thomas Allen.

Michigan has reportedly reached out to class of 2017 guard Thomas Allen.

Allen was previously committed to N.C. State, but received a full release from his commitment this week.

The 6-foot-2 guard is ranked 150th nationally according to 247 Sports Composite and is regarded as a three-star prospect. The North Carolina native played his senior year at Brewster, where he was named NEPSAC Player of the Year and helped the Bobcats to a 33-0 record.

On film he looks to be a scoring guard with the ability to knock down the three consistently. He scored 50 points in a win over Bridgton this winter in a performance that featured 11 made three-pointers on 16 attempts. Here’s video of that performance:

Since being granted his release, Allen retweeted a list of schools that have reached out which includes Kansas, Kentucky, Michigan, Texas, Auburn, Tennessee, Providence, Butler, Xavier and Nebraksa.

Since being granted a full release from NCST, the following schools have inquired about Brewster's 2017 4⭐️ PG Thomas Allen… pic.twitter.com/lJY53Gssgb