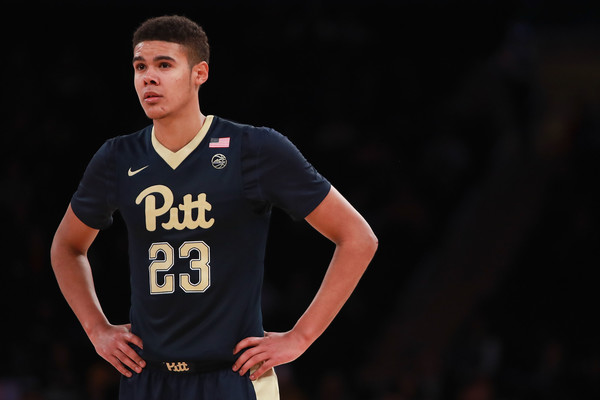 Although the tweet uses the word offer, Johnson does not yet hold a Michigan offer as he hasn’t visited campus. He discussed the situation and early interest with MLive’s Brendan Quinn.

“I have to talk to (Beilein) a little bit more about that aspect,” Johnson said of a potential scholarship offer. “I know he touched upon it a little bit. I think he’ll get in contact with my dad and some other people and we’ll figure that out from there.”

Johnson is a graduate transfer who averaged 11.9 points, 4.5 rebounds and 2.3 assists per game for the Panthers last season. He’ll have two years of eligibility remaining at his next school.

The 6-foot-8, 210 pound wing is known for his shooting stroke as he made 78-of-188 (42%) of his threes last season and two-thirds of his shot attempts were three-pointers.

Here’s some footage of Johnson during this season at Pittsburgh.