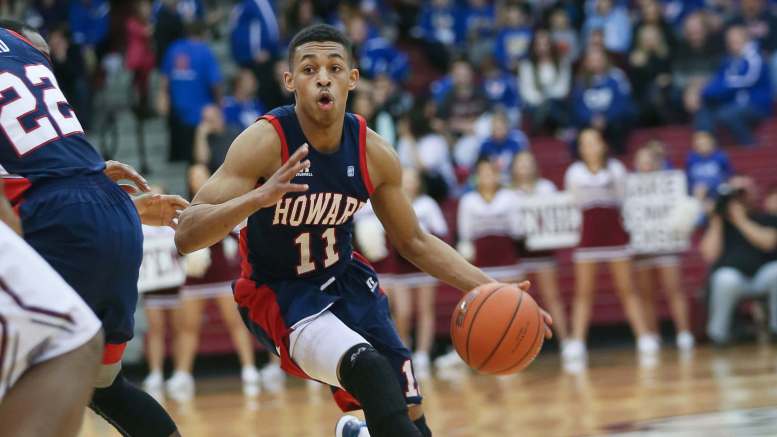 James Daniel III, who led the country in scoring two years ago, wants to win a national championship at his next school.

James Daniel III, college basketball’s leading scorer two seasons ago, thinks he can lead a school to the national championship. That school could be Michigan.

Daniel, who missed all but two games last year with an injured ankle, is transferring from Howard University and will be eligible to play at his new school next season. He is currently deciding among Michigan, Ohio State, Tennessee, and DePaul. He doesn’t have a strict timetable for his decision, but will not waste time once he visits each of those schools.

John Beilein and Howard head coach Kevin Nickelberry have a relationship that goes back many years, and Beilein did not waste time reaching out to Daniel once he announced his intention to play his final season elsewhere.

Daniel averaged 27 points as a junior in 2015-16. He attempted 19 field goals and 11 free throws per game that season. For his career, he’s shot 37 percent from the field, 34 percent from three, and 82 percent from the line. He acknowledged he wouldn’t have the same usage rate on a team like Michigan.

“I think I’d be able to make better decisions for people around me. I think I wouldn’t take as many shots, but I think I’d be able to take better shots. I could shoot at a higher percentage. I’m pretty sure no team in the Big Ten would double (team me), run box-and-ones, which is what I’ve seen my whole career. I don’t think people understand what I’ve been through at Howard.”

The 6-foot guard out of Hampton, Virginia loves the idea of playing in a big-time college sports town.

“Michigan has a tradition of winning,” Daniel said. “They’re a basketball town. … Michigan is one of those towns that loves their sports.”

Daniel knows he’ll be surrounded by plenty of talent, but what he hopes to learn from his campus visit is whether his teammates share his same top priority. “I’m all about winning. … As long as everybody around me has the same mentality, I think it’s a good fit.”