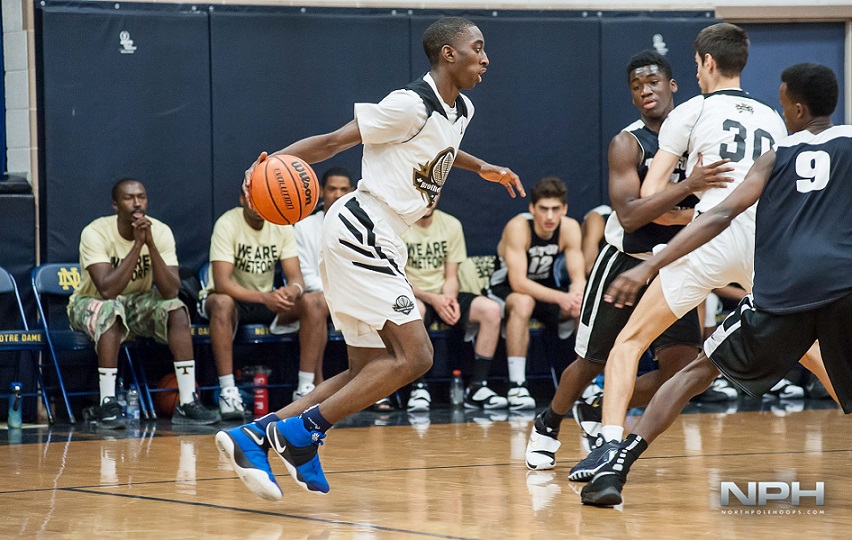 Class of 2017 guard Shakwon Barrett visited Ann Arbor for the second time this past weekend. Unlike his February trip, during which he saw Michigan beat Purdue, this was an official visit, and Barrett saw the facilities, academic buildings, and spent time with the team. He liked what he saw.

“With the coaching staff and support system the school has, you can’t not be successful,” Barrett said by phone Sunday, upon returning home to Canada. “If you go there you’ll end up being successful. That’s really what stood out to me.”

Barrett was not offered a scholarship while on campus. Instead, he will stick with his plan to visit Tulane on Friday and Arkansas the following Monday. After that, he will weigh his options and, if there’s an offer or two, act quickly.

“They said they’d keep in contact,” Barrett said of Michigan’s plan. “Let me take my other visits. Gather my thoughts; gather their thoughts. Then come to a conclusion.”

He appreciated that Michigan’s coaches kept in touch with him throughout his season, even before he took his unofficial visit. He watched the Wolverines play throughout the year and gathered that the coaches have a lot of trust in the players.

“They let their players excel,” Barrett said. “They put them in the best situations. And it’s a winning program.”

Barrett has played both point guard and off-guard, and he said John Beilein told him he could play either at Michigan, often without distinction in a two-guard lineup. “That’s exciting to me,” Barrett said. “It’s easy for me to adapt to.”

He described his strengths as reading and reacting, drawing in the defense and kicking it out to shooters, and knocking down outside shots, all traits Beilein values.

Michigan has one scholarship open for 2017 and has also shown interested in graduate transfers James Daniel III, Cameron Johnson, and Mark Alstork, in addition to No. 3 ranked prospect Mo Bamba.