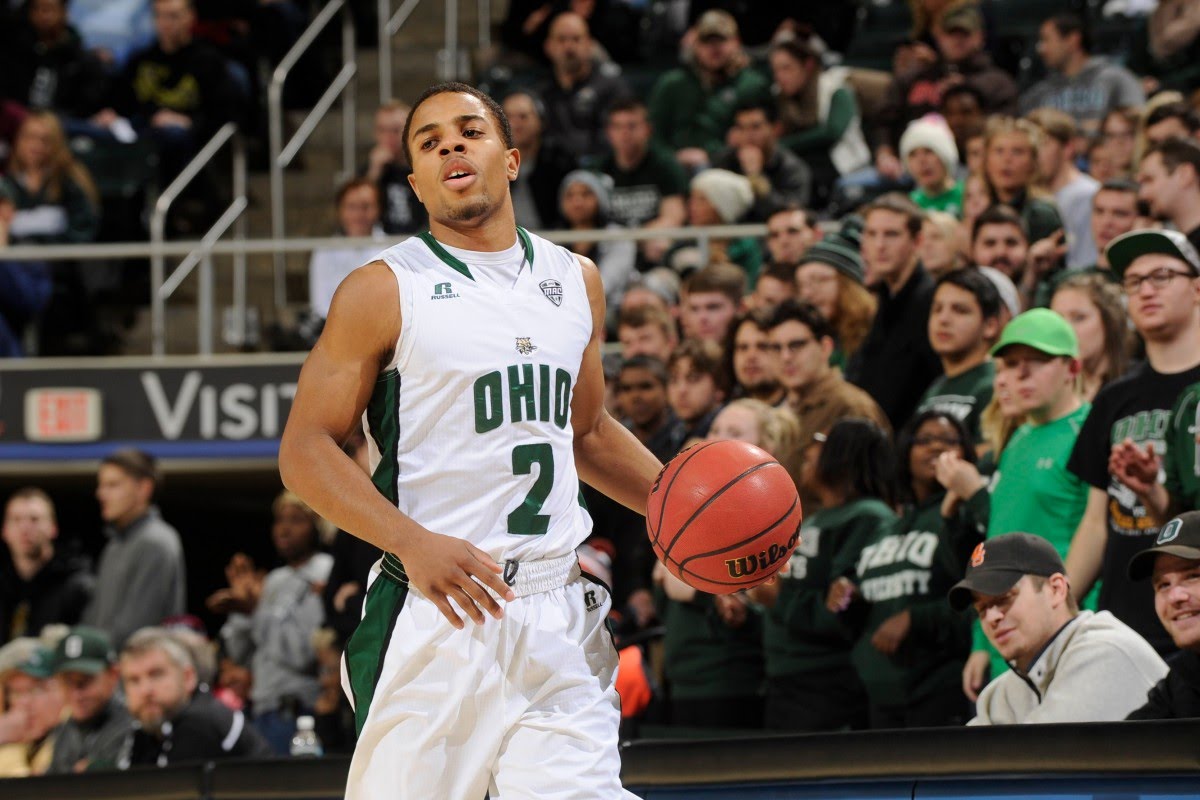 The news was first reported by the Athens Messenger.

Simmons averaged 15.9 points, 6.5 assists, 3.5 rebounds and 4 turnovers in 36 minutes per game for the Bobcats last season.

The 6-foot-1, 184 pound guard is a Dayton, OH native who played his grassroots basketball with All-Ohio Red — the same program that produced Trey Burke. He played his first season of college hoops at Houston before transferring to Ohio for the last two seasons.

Simmons was named to the All-MAC First Team last year (and the 2nd team two years ago) after leading the Bobcats to a 20-11 (11-7) record despite losing all-league big man Antonio Campbell to injury 14 games into the season.

Simmons was as a scorer and distributor for the Bobcats last season with averages of almost 16 points and 7 assists per game. Here’s a look at his historical counting stats throughout his collegiate career.

His tempo-free numbers show that he ranked 21st nationally in assist rate, got to the free throw line and made an impressive number of his twos considering his size and volume. Here’s how his tempo-free stats have progressed throughout his career.

Ohio’s Saul Phillips: “I think Jaaron is one of the best point guards in the nation. Period. At any level.”

“Jaaron can score about as much as he wants any night of the week. I think he chooses to get his teammates involved.”

Bowling Green’s Michael Huger: “When you see him on film, it doesn’t really do him justice. It’s like seeing guys in the movies and then seeing them in person. He’s the best point guard in the league by far in my opinion.”

Akron’s Keith Dambrot: “We lost at Ohio when Jaaron Simmons gets 38. I’m not sure if you don’t guard Simmons at all at the 3 line, he can get 38. That’s not an absurd statement. It’s a fact. It’s just one of those games.”

“I love that kid, I love what he stands for, I believe he’s one of the best players in the league. I voted him that way two years in a row.”

Toledo’s Tod Kowalczyk: “Simmons is such a — he’s so good in ball screens. When Luke was in the game, our ball screen defense was good, but when he wasn’t, it struggled a little bit.”

We put together this scouting video to demonstrate how effective Simmons can play out of the ball screen game and off the bounce.

Simmons primary strength is his ability to play out of the pick and roll game. He’s a proven scorer and distributor out of ball screens and graded out in the 70th percentile nationally in pick and roll offense (including passes), per Synergy.

Only 25 players in college basketball created more points out of the pick and roll than Simmons last year and his numbers (both volume and efficiency) were almost identical to Melo Trimble’s pick and roll numbers just at a lower level. Of the 25 players who scored more points, only 15 were more efficient.

Simmons also shows an impressive ability to knock down jumpshots off the dribble. He’s very comfortable with the mid-range pull-up and also has an array of nice floaters when he gets into the paint.

The two chief concerns with Simmons are his ability to knock down the three-point shot consistently and avoid turnovers. He turned the ball over 4 times per game last year for the Bobcats, a team that was otherwise fairly turnover averse. Some of those turnovers were a product of his role, but they’ll have to be cleaned up in Ann Arbor.

Perimeter shooting is also at least something of a concern. His catch-and-shoot shooting metrics are below average and although he shot 35% from three last year, only 26% of his shot attempts were triples. That’s a higher ratio of three-point shots than Darius Morris as a sophomore (15%) but lower than Trey Burke (37% through his career) or Derrick Walton (54% career).

We’ll have a full in-depth scouting report with video in the days to come.

There are questions with any ‘up-transfer’ — the MAC was the 13th best league in college basketball last year while the Big Ten ranked 4th, per KenPom — but Simmons seems to have the talent and experience to make an immediate impact on Michigan’s roster.

He’s not going to replace Derrick Walton’s production, but he’s going to immediately improve the point guard position on the roster that might have been the biggest concern entering next season. This move gives Xavier Simpson another year to continue learning on the job and it doesn’t have a negative impact on 2018 commitment David DeJulius.

Muhammad-Ali Abdur-Rahkman can focus on the same two-guard spot that he’s been playing for the last few years and Michigan’s freshmen guards like Jordan Poole and Eli Brooks can worry about scoring the basketball rather than trying to run the offense.

This is the first graduate transfer that John Beilein has added to the roster and there are certain concerns that come along with a move like that. The head coach was aware of those concerns when discussing the matter at the team banquet.

“Some coaches have told me, ‘Be careful.’ Others said, ‘It saved our season.’ We’re going to find the right guy who has the right character, who values Michigan,” Beilein said.

From a roster standpoint, Simmons is a perfect fit. He provides a huge chunk of ball screen production that Michigan lost from last season, he plays a position on the roster that needs reinforcement, he’s 22 years old, and he looks to be a heck of a player.

The Wolverines lose over 80% of their pick and roll creation from a year ago and can’t risk the potential of having Moritz Wagner, DJ Wilson (if they return to school) and Charles Matthews on the wings and in the frontcourt with nobody to get them the ball in the right spots. Simmons hedges against that risk more effectively than any other option on the radar and Michigan was able to lock him down effectively.