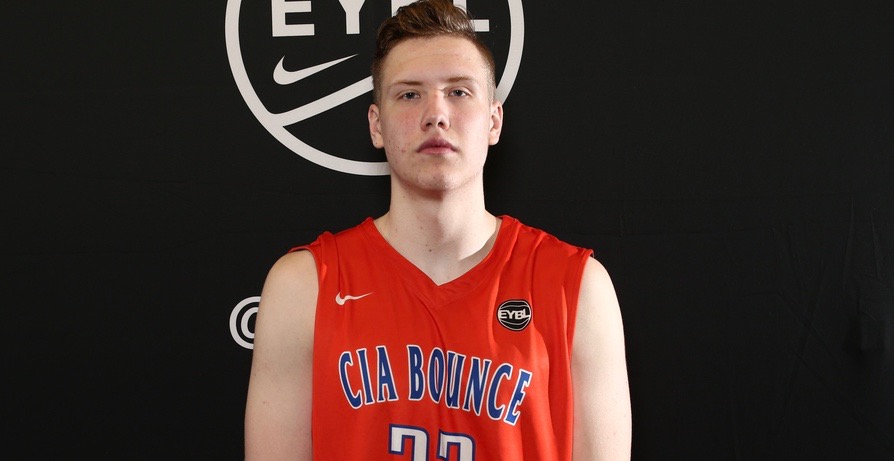 Canadian wing Ignas Brazdeikis opened the Nike EYBL with a huge weekend and added a Michigan offer. He also has a relationship with a former Wolverine.

It didn’t take long for Ignas Brazdeikis to blow up this spring. The 6’7 wing from Orangeville, Ontario enjoyed a breakout performance at the first EYBL Session in Hampton, Va., averaging 22 points, 7 rebounds and three assists per game on 55% shooting and 47% shooting on 3-pointers, per Krossover.

Brazdeikis saw several high-major offers roll in on the heels of that performance, receiving tenders from Florida, Oklahoma, Washington — and Michigan, after John Beilein personally called Brazdeikis to offer a scholarship.

On Wednesday, Brazdeikis said that he didn’t think he could list all the schools that have offered him off the top of his head. He also stated that there aren’t any schools standing out to him thus far, so his recruitment appears to be fairly wide-open at this juncture.

The Wolverines, though, may have one advantage over other schools when it comes to recruiting Brazdeikis, who considers former Michigan star — and fellow Ontario native — Nik Stauskas as a good friend. Their relationship grew from working out together extensively over the summer, and Stauskas has made it clear to Brazdeikis how much he enjoyed his experience in Ann Arbor and how much he wants Brazdeikis to join the Wolverines.

“It’s kinda cool being recruited by a school he went to already, and it seems like a great place for me,” Brazdeikis said. “(Stauskas) tells me it’s such a great place and he loved it. He’s trying to get me there. I told him about (the offer) and he was super pumped up for me, and he was telling me, ‘Oh, you have to go there,’ and all that.”

Beyond sharing the same background, there may even be some parallels between Brazdeikis’ game and Stauskas’. Brazdeikis is being recruited by Michigan as a ‘2’ or ‘3’, the same position Stauskas played. And when asked to describe his game, Brazdeikis spoke about his ability to score in multiple ways, whether it was by attacking, shooting, or even distributing the ball to teammates.

There were reports that he was considering a reclassification to the class of 2017, but Brazdeikis said that he’s leaning toward sticking with his current standing as a 2018 recruit at this point. He’ll start cutting his list of schools down and “seeing where everything stacks up” toward the beginning of his high school season, and he also plans to start taking his official visits in the fall.

And while he may not have any leaders at this moment, it’s clear that Michigan has his attention — especially after an unofficial visit last November for the Wolverines’ game against Mount St. Mary’s.

“It was nice,” Brazdeikis said. “I got to see the facility and meet the strength and conditioning coach. It was just cool, it was a cool environment and I got a better feel for Michigan.

“I love the whole place. I like the city and the coaching staff seems great.”