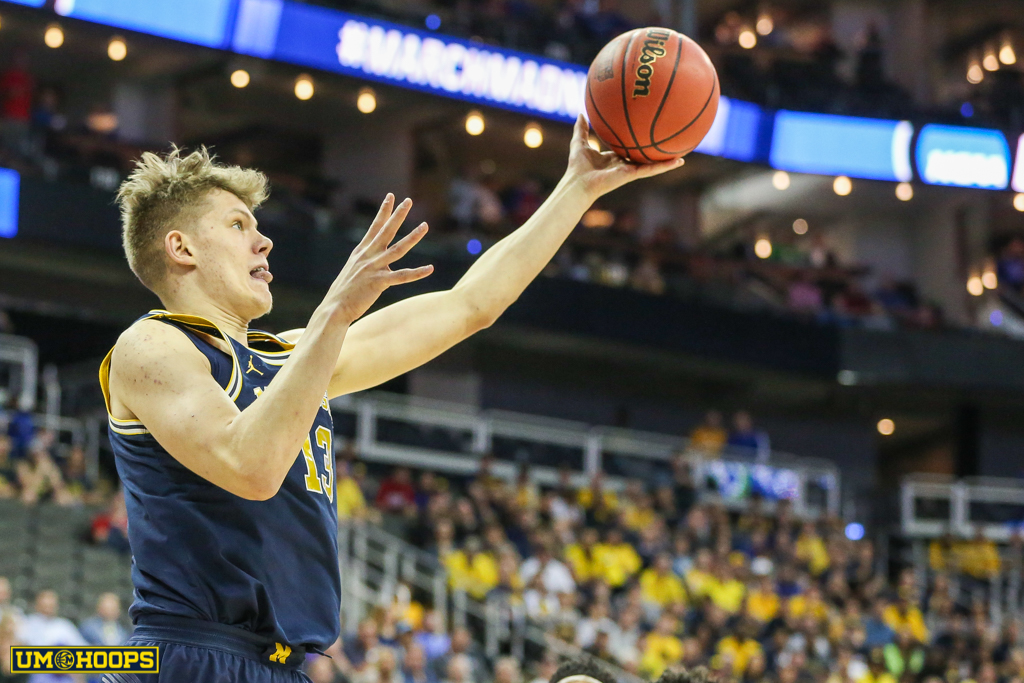 DJ Wilson and Moritz Wagner received invitations to the NBA Draft Combine, while Derrick Walton is an alternate. Here’s the latest on Michigan players’ draft stock with the early entry withdrawal deadline just over three weeks away.

A full list of combine invitations can be found at Draft Express.

The Combine will be the latest step in the process of testing the draft waters for both Wilson and Wagner. Taking place from May 9-14, the event gives prospects the chance to conduct workouts and undergo interviews for NBA teams.

Because neither Wilson nor Wagner have signed with an agent, both still have the option of returning to school. The deadline to withdraw from the draft is May 24, which means that the feedback Wilson and Wagner receive from teams at the Combine may play an important role in influencing their decision.

Otherwise, both players are free to undergo pre-draft workouts with teams throughout this period. A tweet from the Utah Jazz’s PR department indicated that Wilson — and Zak Irvin — worked out for the team on April 29.

Recent mock drafts have displayed a varied range when it comes to projecting a landing spot for Wilson and Wagner.

Ricky O’Donnell of SBNation predicted the first round last week and had Wilson off the board at No. 11 to the Charlotte Hornets — the highest Wilson has gone out of the more well-known mock drafts.

Wilson is currently projected to go No. 34 on DraftExpress, so yes, this is the most ambitious projection of this mock. But hear me out: Zach Collins feels redundant with Cody Zeller on the roster, as does OG Anunoby with Nicolas Batum and Michael Kidd-Gilchrist already entrenched. Wilson offers a rare combination of shooting and shot blocking in an athletic 6’10, 240-pound frame. He could be a riser after the combine.

In DraftExpress’ most recent update, Wilson has slid down one spot in the second round to the Orlando Magic at pick No. 35, while Wagner did not make their projection.

Jeremy Woo and Sports Illustrated updated their Big Board on April 20, which ranks their Top 40 prospects. Both Wilson and Wagner made the cut, at No. 23 and No. 34, respectively.

Here’s what Woo had to say about Wilson:

Wilson’s path from under-recruited high schooler to little-used bench player to a starring role this season is a real credit to Michigan’s player development. He broke out in March and looked like a sleeper prospect all season, with great physical attributes, a nice shooting stroke and increasing comfort attacking the basket as a secondary scorer. He’s lithe and could beef up a bit, but also a solid lateral defender and weakside shot-blocker who could pan out into a prototypical, modern stretch-four in time. Wilson’s season was up and down, but his high points were often eye-popping. His rebounding and commitment to banging on the inside are the central questions.

And later on Wagner:

The German big man pulled his skill package together in the tourney and was impressive at utilizing his mismatch as a face-up four. He’s comfortable shooting the ball, young for his class and would be a nice value selection in this range if he stays in the draft. Wagner’s game isn’t especially well-rounded: his rebounding must improve, he’ll have to learn to play consistently against size, and defensive improvement and physical development will be critical. There’s some risk here. but his best flashes this season point to considerable potential as a scorer.

In Chad Ford’s latest mock draft at ESPN, he has both Wagner and Wilson going in the first round — Wagner to the Jazz at No. 24, and Wilson to the Spurs at No. 29. Here’s what he had to say about both prospects:

Wagner impressed a lot of NBA scouts down the stretch, especially in an NCAA tournament game against Louisville when he dropped 26 points. He’s a skilled big man who can stretch the floor and play in the post, and he’s just six months older than Markkanen, a prospect with similar skills. Wagner is really good value at this point in the draft.

Wilson has the physical tools to be a terrific stretch-4 in the league. He’s a great athlete who can shoot the 3 and protect the rim. It feels like he’s just scratching the surface of what he could become someday.

Aside from one or two outliers, it appears that both Wilson and Wagner are in the thick of things at the end of the first round, with Wilson usually slotted above his teammate. Their Combine performances could go a long ways toward moving them into a comfortable spot — or a not so comfortable one.

Either way, the testing, drills and workouts in Chicago will have a significant impact on their decision whether to withdraw by May 24 or keep their names in the pool.