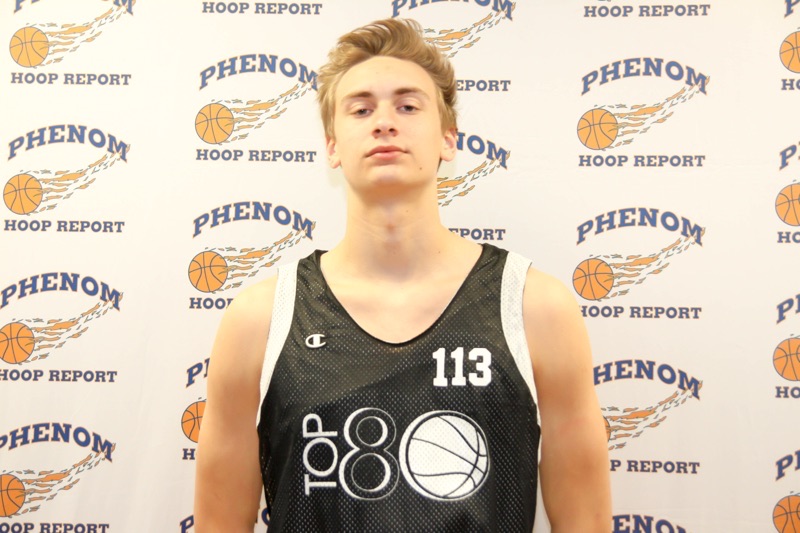 North Carolina forward Hunter Tyson could be on the verge of a Michigan offer and he’ll visit Ann Arbor on June 30th.

Beilein, who had already met Tyson’s dad, wanted to meet his mom, so he met Tyson and his mom at Piedmont High School before she had to leave for work.

It was an in-school visit before the school day had even begun.

“It was good, I really enjoyed it,” Tyson recalled. “(Beilein) told me a lot about what Michigan was about, showed me a video, gave me some of the details about the program.”

Beilein’s early visit was just the latest step in Michigan’s recruitment of Tyson, a 6’7 wing from North Carolina ranked at No. 176 overall in the class of 2018 by the 247Sports Composite rankings.

The recruitment began in the fall, when Tyson’s high school coach contacted Michigan. The coaching staff took a look at his film, liked what they saw, and paid a visit in the fall to watch Tyson workout.

Tyson listed Michigan — along with Tennessee, Clemson, and Wake Forest — as one of the schools recruiting him the hardest, and the Wolverines’ actions certainly bear that out. He averaged 25.4 points and 9.5 rebounds in high school play and checks in at 9.4 points in 16.6 minutes per game on the Nike EYBL circuit with Team CP3.

Michigan saw him play twice more during his high school season and Beilein watched him workout once more after that before the most recent visit to Tyson’s school, which took place roughly two weeks before the live period began.

Tyson talks with Michigan — mostly Beilein or assistant coach Billy Donlon — at least once a week, and he’s enjoyed developing a relationship with the staff.

“They help me in my game and tell me what to work on, stuff like that,” Tyson said. “We just talk about basketball, life, how my family is doing.

“I really like talking to the coaching staff, I think they’re good guys.”

Tyson said his recruitment is “pretty open” at the moment. A commitment, though, may come relatively soon — he’d like to make a decision after the July live period, if not before.

The next step in the process? An unofficial visit to Michigan, currently planned for June 30.

“I really like the coaching staff and also they run a two-guard offense, and that’s what we run in high school. I like that. I like the system, how they play, they like to get up and down, they’ve always had really good shooters. So just always enjoyed watching them play.”