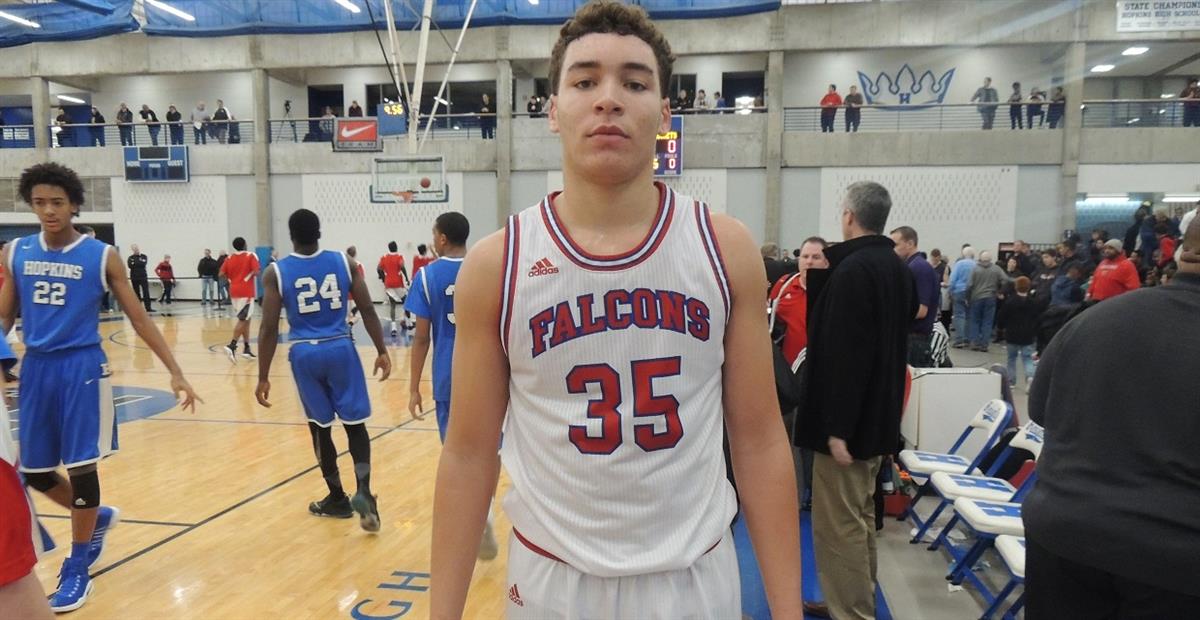 Four-star forward Race Thompson plans to visit Michigan this summer after the Wolverines have rekindled their interest in the top-100 forward.

For a while, there wasn’t much contact between Michigan and Race Thompson.

The Wolverines began recruiting the 6’8” forward from Minneapolis toward the end of last summer, but things, according to Thompson, “kinda died down.”

Thompson, the No. 72 player in the nation according to the 247Sports Composite Rankings, has been busy this spring on the AAU circuit. He’s earned offers from Indiana and Providence — and his strong performance may even have rekindled his relationship with Michigan.

“I would say the schools that have been showing more interest are Michigan, Michigan State and Indiana, and the same schools that have been recruiting me are coming after me even harder,” Thompson told UM Hoops. “I think (Michigan) came a couple times when I was in Dallas. I don’t remember if I saw them when I was in Atlanta, but they definitely came to watch me play (this spring).

“(Michigan’s recruitment of me) picked back up after this last little open period.”

“I think it’s pretty good,” Thompson said of his relationship with Donlon. “We haven’t had a chance to talk a lot because it’s been kinda busy, but it’s getting there. Getting to know the program a little bit better. It’s still kinda in the beginning (stage).

Michigan’s staff has told Thompson he would fit the role of either Moe Wagner or DJ Wilson as a ‘4’ type.

“(Beilein’s said) that I would be able to play and that he’s really good with people at my position and my versatility,” Thompson said. “(He said) he’d be able to take full advantage of that.”

Recently, he made plans to unofficially visit Michigan sometime in June, and expects to receive an offer then.

“I would say just success overall,” Thompson said when asked what stands out about Michigan to him. “They have a really good head coach, good players always, they’re always on the upside of the Big Ten. That’s all I really know about them as of right now, but I am taking a visit soon so I’ll know more once I do that.”

Thompson also mentioned he may visit Indiana this summer as well. He hopes to cut his list of schools after the AAU season before making a commitment near the start of his high school basketball season.