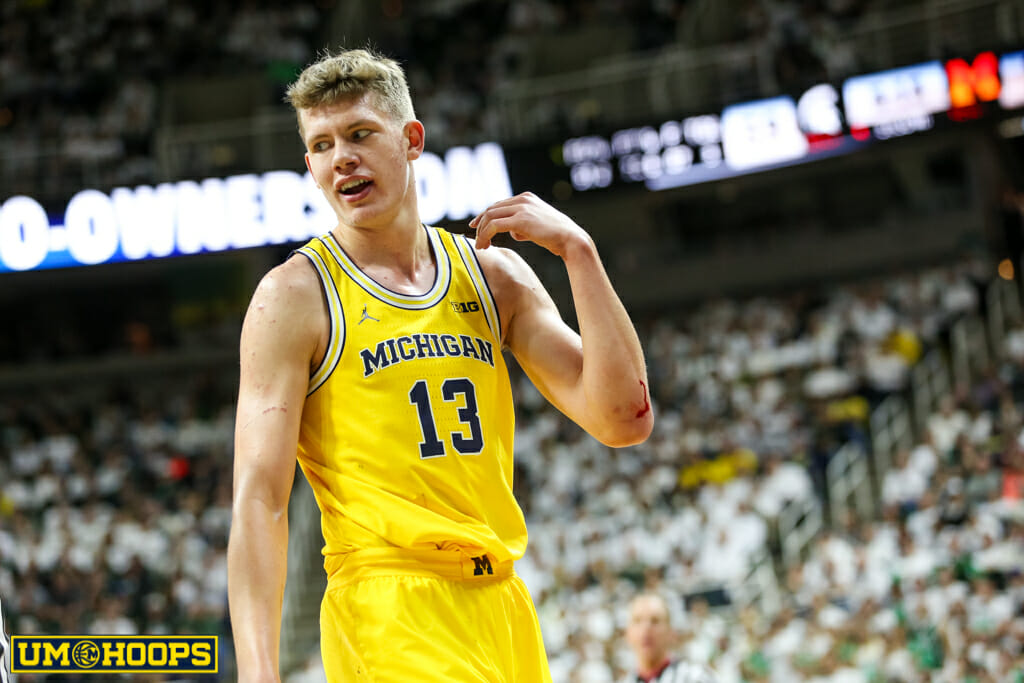 Michigan big man Moritz Wagner is withdrawing from the NBA Draft and returning to Michigan for his junior season.

Michigan big man Moritz Wagner is withdrawing from the NBA Draft and returning to Michigan for his junior season.

The German stretch five announced his intentions to withdraw from the NBA Draft today ahead of tonight’s midnight deadline. Here are the quotes from the Michigan press release:

“I gained a great deal of confidence from this process and I have a clearer picture of what I need to do in order to fulfill my dreams of playing professionally in the NBA,” said Wagner. “Michigan is where I need to be right now and I am really excited about coming back. I learned a lot about myself and my game at the combine. I feel like I still have a lot to prove on this level and cannot wait to compete with my brothers for another ring.”

“Moe had an extraordinary experience with this process, one that opened his eyes to what he needs to do next for his development,” said U-M head coach John Beilein. “Moe loves Michigan and he is excited about becoming a leader on next year’s team. His incredible personality and enthusiastic demeanor is a great plus for this team and his brilliant future. We are so pleased to be part of that and his journey moving forward.”

Wagner had a breakout sophomore season, averaging 12 points and 4 rebounds per game while emerging on the national spotlight with a 26 point performance in the NCAA Tournament second round against Louisville. He should be expected to take the next step on both ends of the floor, especially defensively where improvement could quickly elevate his stock.

Wagner was projected as the No. 30 pick by ESPN, but wasn’t in many other notable mock drafts.

Testing the waters appeared to be a success for the German forward as he worked out for Utah, Orlando and Milwaukee to solicit feedback and earned an invite to the NBA Draft combine. He had a mixed performance at the combine with one high scoring game and one game where he struggled from the floor.

Yup ain't getting rid of me that fast 👀🤑 pic.twitter.com/P4nvWtNWya